My thanks to Ahmad Ibrahim for introducing the term ‘perpetual hysteria’ to describe the behaviour of Pakatan and their faithful followers.

A passing mention made about May 13 by Muhyiddin Yassin a couple of days ago drew a feeding frenzy by the DAP and its aligned online media.

But before we look at yet another demonstration of Pakatan’s perpetual hysteria, a quick flashback to the last time Muhyiddin said something straightforward, i.e. “I’m Malay First” which was quickly seized upon and unreasonably twisted by the Firsters and SABMers.

The saga started on 24 Feb 2010 with Lim Kit Siang challenging Muhyiddin to “pass three simple 1Malaysia tests”, which included setting the lead “to be the first Umno national leader to declare that he is Malaysian first and Malay second”.

On 18 March 2010, Kit Siang head-butted Muhyiddin again for the latter’s “conspicuous silence at the Jakim forum where one government speaker suggested that “a repeat of the May 13 riots was possible if the Christians, whom he accused of practising ‘extremism’ did not ‘back down’.”

Kit Siang said the above in Parliament during his Royal Address where he also declared himself to be “Malaysian first and Chinese second”.

“Is every Cabinet Minister prepared to make a similar declaration?”

“Are Najib, Muhyiddin and all the Umno leaders prepared to stand up and declare that they are Malaysian first and Malay second?”

The next day on 31 March 2010, Muhyiddin was asked the inane Firster question by reporters. His reply “I’m Malay first but being Malay doesn’t mean you’re not Malaysian” can be viewed below.

Kit Siang made a rejoinder the same day:

“Isn’t Muhiddin’s refusal to make such a declaration the best proof that he does not fully support Najib’s 1Malaysia concept?”

“Muhyiddin should resign as Deputy Prime Minister if he is not prepared to set the lead for all Umno and Barisan Nasional leaders and declare that in accordance with the 1Malaysia goal, he is Malaysian first and Malay second.”

Kit Siang was demonstrating the warped argumentation and verbal harassment that is common among the DAPsters.

Someone should have asked him to pose the question to Anwar Ibrahim and Nik Aziz/Hadi Awang if they were Malaysian first and Muslim second. 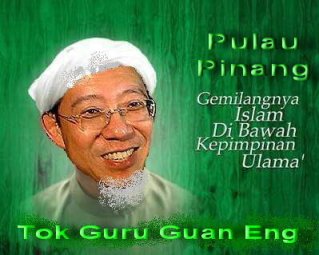 Kit Siang continued to pursue the subject by asking in Parliament on 2 June 2010:

“I have posed what is probably the Prime Minister Datuk Seri Najib Razak’s most difficult question in the forthcoming 22-day parliamentary meeting:

“How many Ministers in his Cabinet, naming them, regard himself/herself as Malaysian first, race second in keeping with the 1Malaysia policy”. It will test Najib to the limit of his intellectual prowess and political acumen to answer this question …”

Again Kit Siang is displaying the perasan DAPsterism in thinking that his question actually tests any “intellectual prowess”.

In typical DAPster fashion, Kit Siang, his son and Guan Eng’s understudy Hannah Yeoh self-referentially dragged the Firster show on and on and on.

Idris Jala: Why must I be Malaysian first?

In his keynote address at an intercultural dialogue on 1 Feb 2012:

“My name is Idris, that is my name, my identity. Kelabit is the tribe I was born in.

“I belong to a group called the Orang Ulu. I am Sarawakian, I am Malaysian, I am Asian.

“They are all individual identities that are equally as important – you cannot say one is more important than another.” 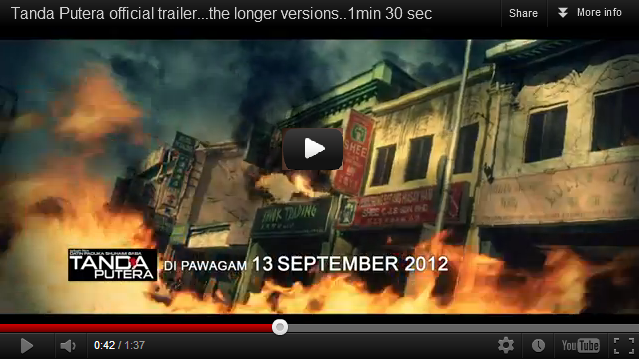 It looks like Muhyiddin is going to be dragged on the DAPster merry-go-round again. Already he’s been accused of “resurrecting the ghost of May 1969”.

Speaking to a national youth conference on 19 July 2012, Muhyiddin was reported to have said:

The young generation has to be united in order to ensure the country remains stable and peaceful and to avoid a repeat of the May 13, 1969 tragedy.

The next day, Kit Siang took the cudgels to Muhyiddin “on raising the May 13 spectre”.

“I challenge the Deputy Prime Minister Tan Sri Muhyiddin Yassin to prove he is a responsible political leader and Malaysian nationalist when raising the spectre of May 13 wanting to prevent any recurrence and not indulging in the low-class, irresponsible, unscrupulous and contemptible double politics of fear and race to preserve Umno/Barisan Nasional in power at all costs in the next general election.”

He followed up with a media statement on 22 July 2012, claiming:

“The cat is out of the bag – Umno has a quartet of lies on 4Rs on Race, Religion, Malay Rulers and Riots (May 13 threats) to attack DAP and Pakatan Rakyat as the centrepiece of its strategy for the dirtiest general election in history in its increasingly desperate bid to hold on to federal power in Putrajaya in the 13 General Election.  …

“Is it because Umno leaders and propagandists have realised that their 3R cards against the DAP are not achieving the desired political effects that they have come out with the fourth R card of threatening unrest and riots if Umno and Barisan Nasional lose federal power in the next general election, which is the subtle message of the reference to May 13, 1969 tragedy.”

We can always rely on the alternative media “to do the necessary”. In Malaysiakini:

The Malaysian Insider even editorialized, ‘Moving on from May 13‘, saying:

“That is something that all Malaysians should believe. That there will not be another May 13 ever. And shame the politicians who keep bringing it up. Some of us have moved on to be the Bangsa Malaysia …”

Despite the editorial posturing, TMI’s news content still hosted hysteria in the form of declarations such as ‘Pakatan says willing to accept polls defeat for peace’s sake’. (Puhleez-lah, what makes them think they’ll even come close to winning?)

PKR vice-president Nurul Izzah Anwar pointed out to The Malaysian Insider that it was Umno and Barisan Nasional’s blood that PR is baying for, not that of innocent Malaysians, when contacted by the portal on July 21.

Said the Lembah Pantai MP, “We will accept a clean and fair result, regardless whether we win or lose. [But] if BN wins the election by cheating, we will not accept it.”

TMI reported Nurul Izzah as accusing Muhyiddin of using the May 13 issue as “a scare tactic to frighten Malaysians into voting for BN” as well as asking if BN would be instead willing to accept defeat, adding that their alleged threats of violence were because they were afraid of their own shadow.

Earlier the same day, Bernama Online quoted Umno secretary-general Tengku Adnan Tengku Mansor as urging PR leaders to stand by their promise not to instigate a repeat of the bloody racial clashes of May 13, 1969.

Tengku Adnan was showing how two can play at the accusation game.

However, Pakatan and their supporters are usually unable to see the other side of the playing field, e.g. while they themselves are the ones constantly obsessing over the election date yet they claim instead that it is the PM who is playing the guessing game over calling the next GE.

Personally I wish Najib would take it right to the very end, i.e. wait it out till March 8, 2013 and then allow the Parliament to lapse and automatically dissolve following another 60 days. Baru padan muka Pakatan tu.

The ‘Malaysian First’ hysteria is shrieking into its fifth (taking on board the Anak Malaysia civil society stirrings in 2007) protracted year.

It looks like Pakatan is now embarking on the May 13 whine by once more pivoting on Muhyiddin, just as ‘Malaysian First’ had earlier, most tiresomely made a mountain out of a molehill over the DPM’s “Malay First” utterance.

You can see a pattern in the development of both hysteria.

43 thoughts on “May 13 and Pakatan’s perpetual hysteria”