Catholic writer May Chee (reproduced below) appears often in the alternative media and most often in The Malaysian Insider. Her views below however are copypasted in full and verbatim this time from Malaysiakini where it was published today as a letter to the editor.

In May Chee’s article headlined ‘MCA in denial, PAS gets my vote‘, she appears to believe that if there was a Jom Ubah in Putrajaya, then 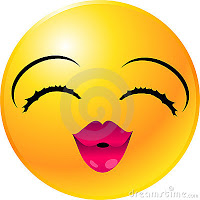 MCA in denial, PAS gets my vote

I think every kampong or neighbourhood has this one person whom you see at the warung or food-stall during mealtimes. He kind of holds court, speaks rather loud and in a condescending tone.

If you stay long enough, you will also notice that he never pays for his food. It’s as if he needs to speak the way he does to earn his keep. I think you call that “freeloading”?

All these “hate” speeches lately by the MCA against PAS, “hudud”, and about my favourite Mursyidul Am, Nik Aziz instigating rape of non-Muslim women, borders on being just that – “freeloading”.

Rehashing news from 2008 just goes to show how bankrupt MCA has become. To go back in time when you should move forward – to create, innovate, progress, anything but backslide and with such malice, too. It beggars belief!

Instead of suggesting something constructive, the MCA, in election gear, decides to embark on a fear-mongering campaign.

Goodness, a dearth of brains in the MCA-ah? Are the people in MCA even serious about wanting to represent our interests in Parliament? Aiyoh, how-lah?

How can we trust such bird-brains to fight for us? Sure lose, hands-down!

Despite what a fumbling imbecile of a minister may say, Karpal Singh, another towering Malaysian has reminded us not too long ago that in 1988, former lord president of the Federal (later, Supreme) Court of Malaysia ruled that the country was governed by secular law which meant Malaysia was a secular state.

Is that not clear enough?

Come on MCA, we are not morons.

We know you for what you are. Among the featherbrain schemes, initially the 1Care and now, the latest being the AES, you are in cahoots with the plunderers to rob us Malaysians blind!

How lofty can you people in the MCA get? Are you not touching base with the ordinary rakyat? How on earth can we afford to enrich you and your cronies any further? To feed your avaricious appetite for money and power?

Have you not seen how the poor are getting poorer and the ordinary Malaysian is finding it hard to get by? And you people still think that it is only a perception that the crime rate has skyrocketed?

Are you people in the MCA living in denial or what? By the time you wake up, the rest of us Malaysians have crossed over to the other shore while you stay behind, stranded! Worse still, you’ll be drowned!

PAS president, Abdul Hadi Awang, himself had reiterated last year, that the Koran did not provide for an Islamic state but a welfare state.

That’s not a bad thing. Shouldn’t that be every leader’s responsibility, to see to the welfare of the state?

What do we have in the MCA? Now and then, fighting for scraps that fall off the banquet table? Even Lazarus had better! Are you anyone’s equal, MCA? 1Malaysia, what’s that?

A miserable handful of scholarships for some students and that too, debatable about whom they go to. I’ve heard stories about how some people obtained their scholarships. You are a farce, MCA, you really are!

We have real problems here, in Malaysia. For instance, we need to do something real quick about our mounting debts. It’s definitely not a perception that we live in fear.

My daughter was almost “mishandled” by someone in a car-park in one of the shopping centres in KL recently. Thank God she had a friend with her and a gentleman who parked his car on the same level.

I cannot wait to pack her off to where she can be safer. Our education system is in shambles.

My nephew who has been placed first in class since he started Standard 1 told my sister that he needed Physics tuition because his teacher has not taught since the beginning of this year.

All she does is to ask the students to refer to some bright sparks in class.

I don’t want to foam at the mouth, as RPK would say. But honestly, MCA, are you aware of the problems we, the people whom you profess to represent, have?

Doubt fear-mongering, using PAS as your punching bag, is the quick-fix we need. Get real, MCA or ship out!

To me, the MCA has apparently isolated itself from the misfortunes of the ordinary rakyat, and day after day, wastes the opportunity to help them.

Yes, it’s an opportunity to be of service to others, for the last shall be first and the first, last.

I don’t see any effort coming from the people in MCA that promote human dignity nor do I see any of them participating actively in the building of the future of this nation.

But I do see how hastily these same people wanted to implement the AES. I see a loathing self-interest to enrich their own coffers and a lack of courage in standing up to their “sleeping partners”.

Or is it a case of “you scratch my back, I scratch yours”; acting like opportunists whose deeds do not match the responsibilities that they are entrusted with.

Coming from the Malacca hometown of Tun Tan Siew Sin, I shudder to think that the MCA of today has all but lost its original identity and mission.

I see a leadership whose intuition is bogged down by corruption, cronyism and cowardice. And for that, the MCA is already deemed irrelevant and will have no further impact on our Malaysian history.

I believe many, past and present leaders of the MCA, realise that they are no longer respected by the majority of Malaysians, not even those they “sleep” with.

Yet, MCA, you are not purging yourselves to merit this respect. Sad, no?

Aren’t you made of sterner stuff? Your forefathers crossed oceans, with nothing more than the shirts on their backs, to seek a fortune for themselves. Even the cousins they left behind in Thong San are doing really well.

As national leaders, those of you in the MCA should open your eyes to the evils that afflict the nation. You should know by now that injustices will be paid for dearly or are you still fooling yourselves that you can get away with it?

We need progressive leaders who can champion unity, not those who still engage in the stone-aged tactics of divide-and-rule. That’s not Malaysian. We have to discover a new meaning in the Malaysian way of living.

For that, we have to leave behind an existence where we live alienated lives from one another. That’s no more Malaysian. We need each other to mature as a true, progressive people.

Things will work out better for us if we share our responsibilities. That’s Malaysian. Having a stranglehold on the economy and perhaps, leaving entire classes of people in poverty is no more acceptable. It shall not be Malaysian.

The devil is not out there, MCA. It’s not PAS and it’s not the DAP. It’s within you.

Be afraid, MCA, be very afraid. I’m not alone here when I, a Catholic and a Chinese woman says, “PAS gets my vote, any day!”