Regular commenter OverseasBumi is wondering whether the content of this blog is merely a case of my deliberately saying the opposite to the DAPster noise in cyberspace. And whether I covertly still support either the DAP or the party’s agenda which some Malays view as furthering Chinese “chauvinist” interests.

A parallel blogosphere comparison would be how some leading Malay lights such as RockyBru, Big Dog, A Voice and others were most critical of Abdullah Ahmad Badawi but were never really against Umno. After Pak Lah resigned, some Pakatan supporters accused Rocky of being a turncoat. They felt cheated, perceiving as they did that Rocky had inexplicably eased off on his anti-establishment postings.

It was the Pakatan supporters who were mistaken in their appraisal of Rocky and not that Rocky suddenly made a U-turn.

There are no permanent friends or enemies in politics, as the saying goes. Only permanent interests. My blog supports Chinese school and is against the implementation of hudud.

I see that with the direction in which certain elements are taking DAP, vernacular schools will be imperiled.

And a hudud environment (e.g. gender segregation in cinemas) is also more likely to prevail under Pakatan rule than in the old Umno-MCA set-up.

Below are the DAP primary office holders. From the 58 names, I’ve underlined in bold red those which have figured in negatively in my blog.

.
Highlighted are 5 names, which make up 8.6 percent of the total. You’re probably unfamiliar with a lot of the rest in the list.

Hannah Yeoh should rightly be included too. However, she does not hold any major position in her party and hence her name is missing from the DAP directory above. 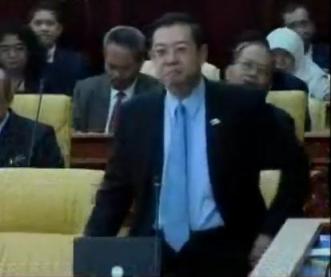 The Perak cousins are influential because they are the warlords controlling DAP in their state. Guan Eng is the party dictator and Ng Wei Aik his strong-arm chief henchman. Nie Ching (assistant to Tony Pua, the DAP publicity bureau chief) and Hannah are the cult personalities bouyed by popular media.

Don’t you agree that the sample 8.6 percent above have gained a disproportionately huge amount of attention compared to most of their colleagues?

Google Hannah or Nie Ching in The Star and compare the search results against any of the other DAP officer bearers belonging to the same cohort (Youth wing). 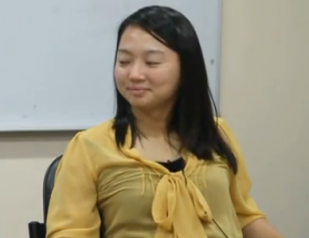 If the media exhibit a pronounced pro-Christian bias and pro-Firster slant, why should it be surprising that the 9.2 percent Christians are able to wield a clout far bigger than their numbers?

After all, the DAP evangelist politicians have the media machinery (except those in Malay language) solidly behind them.

The Star is seriously a problem!

Remember what I said about The Star cover up in the Taman Kaya bullying case where the paper quoted the DAP branch chairman extensively?

In the most recent development concerning the resignation of an Orang Asli leader from the party, again – using the same modus operandi – the paper carried the DAP perspective without interviewing the protagonist involved.

“Ngeh said he had spoken with Bah Tony over the course of two months in relation to his intention to quit, which was due to personal reasons.”

This happens not only in Perak but in the paper’s coverage of the other Pakatan states. MCA, have you done your audit?!

My conservative estimate is that there are 38 Christian MPs in our Parliament which comprises 222 members. That’s close to 18 percent, which is double the census figure of Christians in the country.

The 22 Arab countries have a combined population of 372,370,000 who are overwhelmingly Muslim. The population of Jews in Israel is 5,703,700. Israelis Jew are one-and-a-half percent to the total number of Arabs. But who is more powerful?

To spindoctor that Christians cannot be other than a weak minority in Malaysia simply because they’re nine percent is unconvincing.

And it’s catastrophic for the Chinese community as a whole that DAP has allowed the DAPster and evangelist factions to take over the party.

32 thoughts on “Christianization and the 9 percent factor (updated)”