“Hence, Shabery Cheek’s announcement only shows that the BN government is so kiasu that it wants to shut down Pakatan’s reach and access to social media,” says a press statement today by the DAP’s social media strategist.

Straight from the horse’s mouth, Yeo Bee Yin revealed in the press statement:

Now think about this: Lim Kit Siang has denied the existence of the so-called Red Bean Army and his son Guan Eng derided the RBA accusations appearing in Utusan.

But the Social Media Strategist of the DAP is here admitting that Pakatan had effectively used Facebook, Twitter and the like to craft their “very successful” campaign in the GE13.

It’s indisputable that DAP is the most successful opposition party in the 2013 election. So WHO, pray tell, in the DAP was it that did all the social media legwork? Ms Yeo alone and all by herself?

“Freedom” for DAP to SuperCyber Bully

DAP is afraid that “Internet freedom” will be curbed. Well, that would be most painful for the Dapsters.

Why? Because it’s like losing a mirror when “social media is a reflection of society” (this phrase within quote marks is borrowed from a “digital strategist” featured in The Star‘s Cafe Latte Chat on the same topic today).

The StarGuest might be correct though. The face of Malaysian social media is indeed the face of the Dapster.

If you remember, in the last Cafe Latte Chat, The Star had invited Hannah Yeoh’s personal assistant (along with 3 other panellists) as the best person to be talking about National Unity and to teach the Star Media Group’s 5.63 million audience how to integrate.

In this round, The Star invited its columnist-cum-former Youth supplement reporter to be on the discussion panel. How incestuous.

Who controls the social media?

The same panellist who made the remark about how social media is a reflection of society also said that she’d “heard from a lot from the Barisan side saying Pakatan controls social media! But no one can control social media”.

Aaah, it’s rather ironic that she should make the denial.

Let’s look at the composition of the topic panellists themselves:

1. There is the speaker Zara Kahan

What are their political leanings?

In the article itself, Kavilan admits that he did a lot of “talking for the Opposition”. So by his own admission, we would not be too far off the mark to view him as a Pakatan sympathizer.

Loyar Burok claims to be “non-partisan”. Uh-huh, about as non-partisan as Ambiga and Bersih.

As for The Scissors‘ own little crony @nikicheong whose Twitter profile says “Journalism | Social Media | Digital Culture. I write, I plan, I teach and I tweet”, you can see for yourself from a screencapture at the bottom of this page.

After you read Niki Cheong’s tweet (below), please keep it in mind that The Star is full of people like him, and that the media group allows them free rein to proselytize their views to 5.63 other Malaysians who are the Star viewership.

This week’s Cafe Latte Chat is introduced by The Star as being held to “discuss social media in Malaysia and whether it has gone overboard after the 13th general election”. 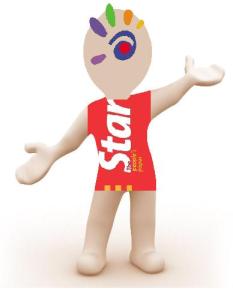 Given the GE13 that is mentioned in the title, one would think a far more appropriate panellist for the chat would be Shen Yee Aun, the former DAP Youth office holder who exposed the Red Bean Army.

And since The Star decided to pick on Papagomo, wouldn’t it actually have been a better idea to invite none other than Papagomo himself to participate?

But instead we have the group of StarChilds above, one of whom brushes off the idea that Pakatan could conceivably control the social media, and another who believes that the social media is “self-regulating” .

Whether Pakatan is or is not the king of cyberspace, at least it’s for sure that The Star Cafe Latte Chat guest list is within the editor’s control. Yet for some reason or other, their panellists are invariably pro-opposition. Repeatedly so.

If you will look at a past article in the MCA-owned newspaper (screenshot below), you can see that all the names highlighted in its article on social media are those of Pakatan politicians. 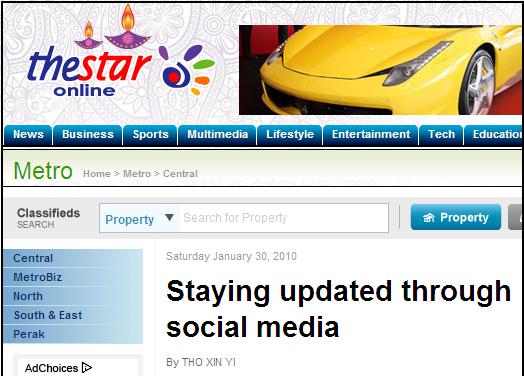 There is not a single BN name in the list of Twitter personalities provided by The Star to its readers. Look for yourself.

The Star’s bias is so blatant that it leaves no shadow of a doubt with whom the loyalty of the media conglomerate’s lies.

The MCA must be held accountable for the doings of its media machinery!

Najib Razak is already lamenting that his coalition is a victim of the dirty war of perception. The biggest enemy to BN is the enemy within.

For the sake of its own survival, the BN would do well to appraise the MCA’s position within the coalition should this internal sabotage continue. Continuous bleeding from the back will assuredly cause fatal blood loss. 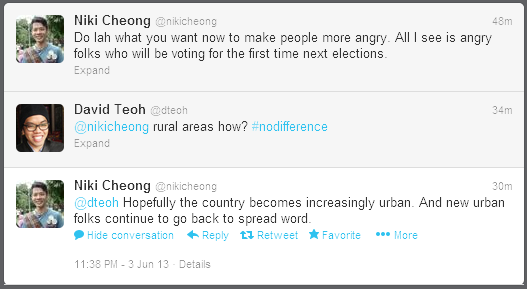