Mulan in a comment @ 2013/08/29 at 2:34 pm alerted us that all the cinemas in the vicinity of Komtar – a DUN that is at the heart of the Tanjung Parliamentary constituency (which is the state capital George Town area) – are NOT showing Tanda Putera.

The name Komtar is coined from “Kompleks Tun Abdul Razak” which is the buildings complex that houses the government administrative centre of Penang. Komtar was designed by architect Lim Chong Keat — younger brother of the former Penang Chief Minister, the late Lim Chong Eu.

Mulan is correct to point out the irony that Komtar is ‘banning’ (refusing to screen) a biopic of Tun Abdul Razak. 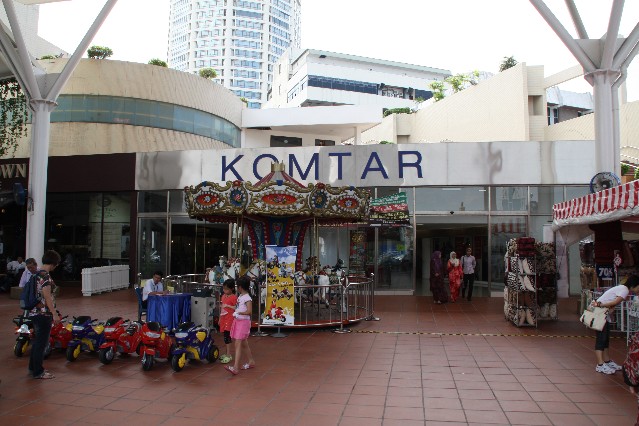