Continues from Sg Limau by-election: Who is lying, MCA or DAP?

PAS has retained the seat with a reduced majority (Malaysiakini report here).

For an overall picture of the May 5 election voting pattern, look at the graph below by Thomas Pepinsky (an assistant professor at Cornell University).

x-axis shows that DAP contested in the areas with the least Malay voters (meaning, inversely with the most Chinese voters).

y-axis: These same areas are also the constituencies where the BN receives the least votes.

Below is my own table of the Parliament seat results based on the Chinese composition of the electorate.

We can see that every single one of the 15 seats with more than 70 percent Chinese went to DAP.

All 6 Parliament seats having between 60-69% Chinese voters also went entirely to the DAP.

The BN failed to win any of the 30 seats where half or more of the voters were Chinese. Zilch.

If you look at the results for the middle bands – 40-49% and 30-39% Chinese voters – you can see that PKR did well in these mixed seats. This trend tallies with the light blue dots in Pepinsky’s graph above.

Below is a graph I pinched from Oik.

It’s a beautiful joining of the dots and not scattered at all. It can be used to plot the very close correlation between the number (percentage) of Chinese voters with the amount of votes received by the Pakatan candidates.

Oik’s finding is straightforward since his data input are the 11 Kuala Lumpur parliamentary constituencies. KL in the Federal Territories is the state with the most Chinese voters.

The same format doesn’t work as well with the Kedah constituencies though as the Chinese voter population is too smallish to demonstrate such a distinct correlation as do the KL constituencies.

What we can examine however is the BN success in wresting Kedah back from PAS in 2013 by comparing the performance of PAS vs Umno according to Chinese voter composition.

The Kedah state seats won by Umno in GE13 are as follows with the percentage of Chinese voters in brackets:

Umno’s turned in a sterling show in the kawasan-kawasan Melayu totok.

Below are the PAS state seats in Kedah and their percentage of Chinese:

The data shows that PAS defeated Umno in 3 seats where the Chinese comprised 20-30 percent of the electorate. PAS is way more popular with the Chinese than is Umno.

Chinese voters rocketing to the moon

Let’s trace the history of Kubang Rotan, the Kedah DUN with 27.3% Chinese voters. 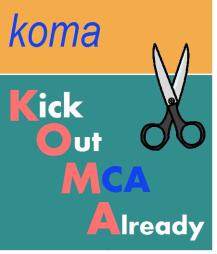 And what about in Sungai Limau? Of course we’re all curious if the Chinese turned up to vote in “Ini Kali Lah” wu yue wu huan zheng fu proportions as well as where their votes went today.

We’re waiting for MCA to reveal the vote percentages at the polling stations with the most Chinese registered voters.