Marina Mahathir’s demand for Ikatan Muslimin Malaysia to retract allegations contained in their flyer as well as her threat of legal action against the organization elicit a response from Isma activist Dr Muhammad Hasbullah.

The Bangsar Malaysia icon has finally met her match in Isma, an organizationally savvy bunch of urban professionals. For too long Madam ‘Liberal Doses’ Marina has ridden roughshod over the country’s Muslim NGOs (the serban dan jubah types) due to her polish and worldliness in contrast to their corresponding lack of sophistication.

But Isma is a different kettle of fish. 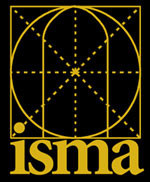 Not only are the Isma members intelligent and articulate but they can communicate in English as well as she can. All this while the cosmopolitan Marina has had an easy walkover through successfully managing to portray her Muslim critics as country bumpkin clerics and winning the debate in the Western (read international) eyes.

So for once in the present face-off with Isma, Marina Mahathir will find herself on a level playing field instead of the usual advantage she enjoys over language-and-exposure handicapped opponents who are deferential to her status as the (then) Prime Minister’s eldest daughter and media darling.

And best of all, the well-funded Isma shows no sign of backing down or backing off in the face of her bullying and waving the lawsuit at them.

Dr Muhammad Hasbullah retorts that Marina Mahathir has not denied the fact that her NGO Sisters In Islam is involved in Comango — the Coalition of Malaysian NGOs in the Universal Periodic Review Process.

SIS is indeed and undoubtedly a part of Comango.

Dr Muhammad Hasbullah further points put that Marina has not stated her stand with regard to Comango’s demands. Which she should, given how Marina’s reputation as a leading liberal and her many past kumbayah writings have made her a Firster poster girl.

In view of her theatrics and playing the victim of slander, Dr Muhammad Hasbullah suggests that it would be more convincing if Marina were to slam those in SIS who are involved in the coalition. “But no, she did not. If she is so angry to be related to the coalition, she should be angry that her group is involved in it too,” the doctor adds.

He thus issues the following challenge to the SIS bigwig:

“In the eyes of the masses, to be a board member of an association which forms part of Comango is evidence enough that you are involved in it. How can a leader be isolated from the action of its subordinates and claims uninvolvement? If you are not happy about it, tell the media. Tell your underlings to stop this nonsense. We cannot read your mind. State your stand!”

True enough. If the buck doesn’t stop with the SIS bosses, then is it the underlings and the volunteers who are to be held culpable?

Will Marina Mahathir quit as board member of SIS?

59 thoughts on “Isma challenges Marina to state her stand”