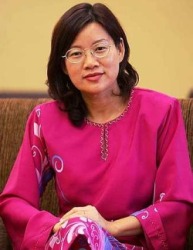 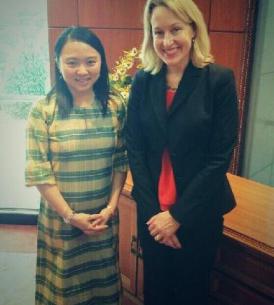 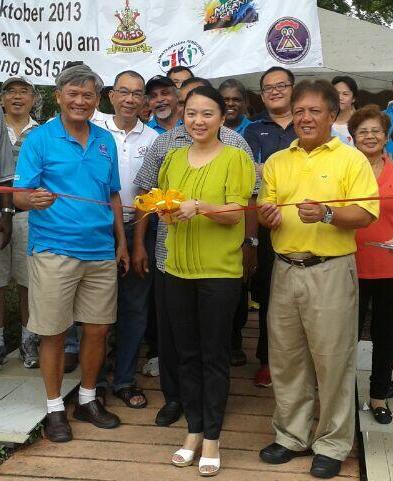 “I disagree with anyone whether it is PR or BN, commenting on the pay hikee. I even tweeted and told the state assemblymen from BN and PR to make full use of the floor time to bill the increase.”

Hannah Yeoh is saying that Aduns mustn’t comment on her obscene pay hike once they’re outside the Dewan if they didn’t speak up earlier at the appropriate place, which is when they were inside the Dewan.

In other words, Aduns must observe the “proper channels”. 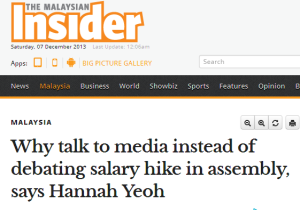 But we all remember this earlier infamous incident, don’t we?

When asked why she was on her Facebook when the Dewan was in session, she replied:

“That’s my official FB page linked to my Twitter which I update regularly.
If you have a problem with FB, ask @NajibRazak what he thinks of it”

So. The Dewan proceedings were going on. YB Subang Jaya tweeted live from inside the DUN. Was she tweeting ‘business’ (government affairs discussed) or was she tweeting her personality cultism, such as: 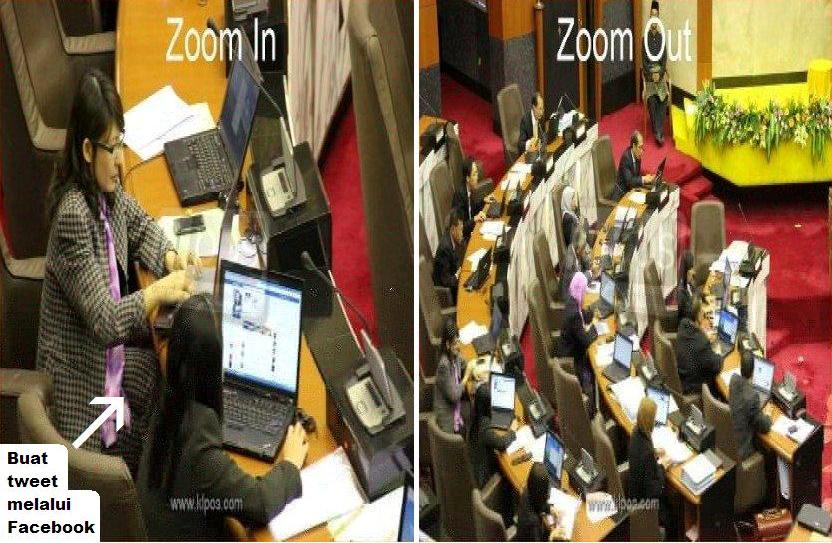 Hannah Yeoh tweeting for sympathy: “Painful with every cough I take.”

Erm, with regard to the CCTV candid camera shot above, we don’t quite know whether YB Subang Jaya was actually tweeting for Business or Pleasure (adulation).

But we do see the typical Pakatan shifty behaviour.

As Madam Speaker now, she warns the Selangor Aduns to keep government business strictly inside the confines of the Dewan — “I disagree with anyone whether it is PR or BN commenting on the pay hike (to the press)”.

However, as first-term Subang Jaya Adun a couple of years ago, she defended her use of Twitter during official working hours.

Her justification at that time was that her tweets were urgent – “That’s my official FB page linked to my Twitter which I update regularly” – and must even be regularly updated live from inside the Dewan when the assembly was in the middle of proceedings.

(1) It’s not right for other Aduns to comment to the media [on the massive pay hike passed by the Dewan for the Speaker].

(2) But it’s perfectly alright for Adun Subang Jaya to comment to her tens of thousands of fans-social media users [on whatever government business was being discussed in the Dewan].