On the ‘Allah’ fight 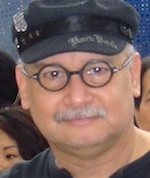 “Standing on top of the hill and shouting at your wounded enemy, while waving a sword, that you are going to come down from the hill to slit his throat is not what Sun Tzu taught us.”

“Let both sides be warned. This has now turned into a duel to the death.” — Raja Petra Kamarudin

Why Najib’s Umno is in trouble

38 thoughts on “Raja Petra: Umno will kill or be killed”