Four months ago I blogged a 1,174 word-article titled ‘Who is more convincing, Kit Siang or Dr M?‘

In keeping with my New Year resolution of brevity, I’ll just restate what I think of the Lim & Son penchant for rhetoric, this time through the graphics below. Like they say, a picture paints a thousand words. 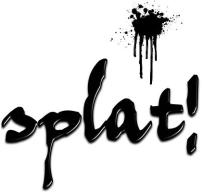 Even Raja Petra has had enough of Kit Siang. RPK responded in his Malaysia Today column today:

“I am, of course, monitoring the events unfolding in Malaysia. And I have to admit that I am secretly watching this with glee. That is probably very cruel of me to be gleeful about a calamity about to befall Malaysia.”

“And now you [Kit Siang] want the moderates to unite as patriots to save the country. Let’s see how you do that.”

You can read Kit Siang’s press statement by clicking on the Raja Petra link (above).