They can be disorderly but in the case I’m presenting, they are not being unruly but being mindless sheep in all bleating an identical Pavlovian response.

‘To mob’ (verb) means to “crowd around someone in an excitable way”. It can be either positive (to admire) or negative (to attack). The Dapster mob illustrated below are positive in that they are encouraging Nurul to “be strong”.

Nonetheless, the positive tone of this particular mob does not take away from the fact that they are led to react as a single collective and on cue.

Looking at the sameness of the responses screenshot below will help you understand how it is that 9 out of 10 Chinese in Malaysia can be so thoroughly manipulated or convinced by the opposition to think, speak and act all along the same track.

It also illustrates how the mob psychology is being utilized by the evangelistas to galvanize attacks on their hate targets.

The verbal phenomenon shown by the groupthink that comes from drinking Holy Water must also be understood for how it gives rise to physical phenomenon of the bajungu, Dapster cyber army and hit squads that carry out character assassinations on behalf of the evangelistas.

People who are easily susceptible to the Pakatan brainwashing to behave in a programmed manner cannot be reasoned with. 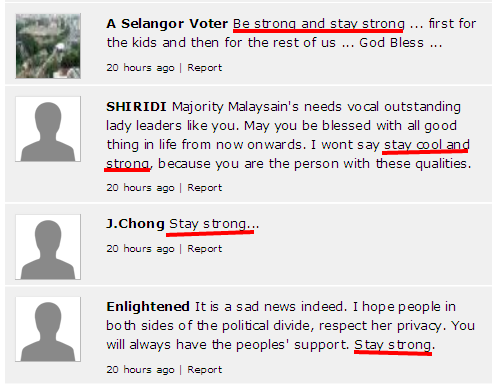 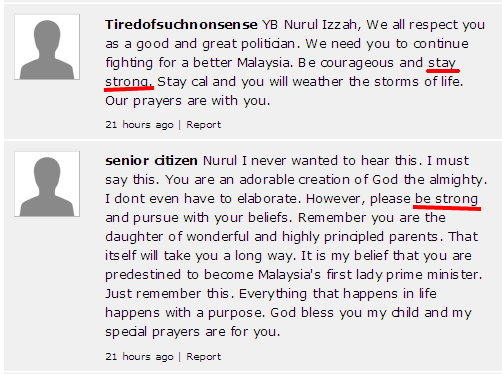 (Note that Hang Tuah PJ is an Indian convert)

73 thoughts on “Watch the Dapster mob in action”