Hannah Yeoh’s older daughter is ‘Chinese’ in her birth cert as the whole of Malaysia is probably aware after YB Jerusubang created a ruckus at the registration department and threw a tantrum at Najib Razak.

Meanwhile, her younger daughter is ‘Indian’. 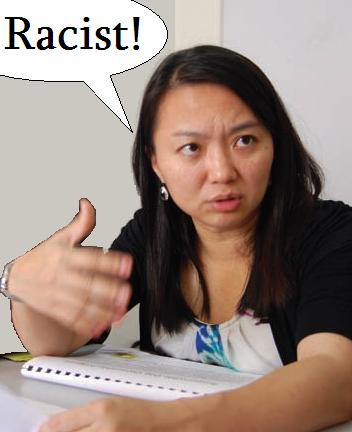 “Selangor state assembly Speaker Hannah Yeoh said that Kurup is the first incumbent BN minister to put forward the suggestion and she hopes that the suggestion can also be brought into the Cabinet for discussion and implemented.

Yeoh said that under the ‘Keturunan’ column of the birth certificate of her first daughter, she wrote ‘Malaysian’ but was rejected by the National registration Department and she had to change it to ‘Chinese’.

When her second daughter was born, there was no race column on the form but the child’s race was automatically registered as ‘Indian’, following her father’s race.

‘My two daughters are of different races. The race column is a very funny thing and thus, I strongly support the suggestion of removing it from forms and I hope the Prime Minister and Cabinet will seriously address the issue,’ she added.”
. 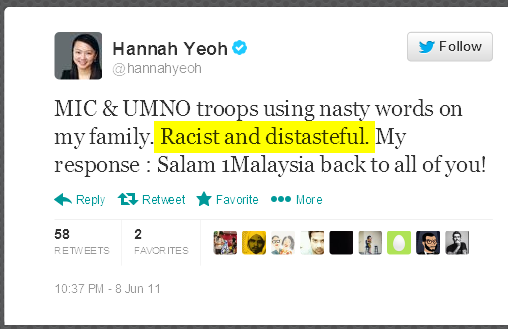 You may recall that one Leong Pei Koe was convicted by the court for the offence of showing his middle to the Raja Permaisuri Agong two Chinese New Years ago in Penang.

Interestingly enough this said Chinese man who was disrespectful to the Raja Permaisuri Agong is a Subang Jaya voter — see his SPR registration.

The DAP Firsters claim that they are Anak Bangsa Malaysia but they scorn many if not all the symbols of our nationhood.

Hannah Yeoh’s own command of the national language is so poor that she mistakenly says “soalan mulut” when the correct term should be ‘soalan lisan’ for ‘oral question’ asked in the Selangor Dewan presided by her as Madame Speaker. 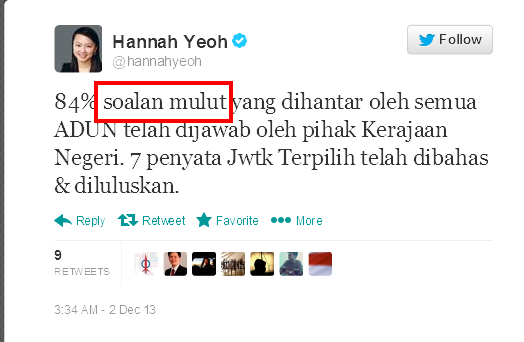 .
Now the DAP is seeking to define what Bangsa Malaysia is.

During the height of the brouhaha with regard to the ‘keturunan’ of Hannah Yeoh’s elder daughter, the DAP circulated a petition demanding that the government allow Mama Dapster to register her baby as bangsa “Anak Malaysia”.

In other words, the Firster ideology seeks to frame Hannah’s mixed race child as the prototype template of New Malaysians. And guess what is the name of the prototype Anak Malaysia? It is Shay Adora Ram.

“Shay” is a Hebrew name.

Hannah Yeoh’s daughter has a Jewish name. And her Christian party is trying to set-up the Hannah Banana family as Bangsa Malaysia icons?!

What is the DAP’s understanding of Bangsa Malaysia?

According to DAP 3.0 propaganda, currently being echoed by the MCA too, there are no Malays and no Indians and “zero Chinese” in the country. All are Malaysians and Malaysians only — see Hannah Yeoh tweet below.

DAP’s propaganda thrust begs several key questions. What is the position of the Raja-raja Melayu under this ‘Bangsa Malaysia’ paradigm?

And what about the other races? Will they be subordinated to sit in the backseat like Mr Hannah while wifey takes the wheel (metaphorically speaking)?

What will be the position of Islam under the DAP evangelista scheme of things? 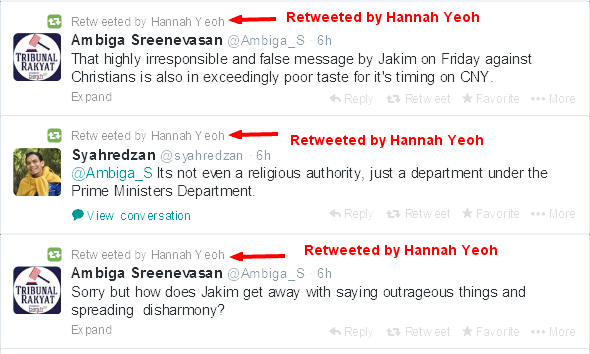 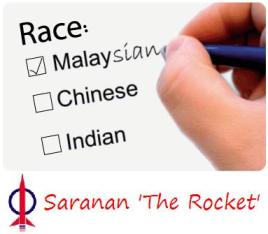 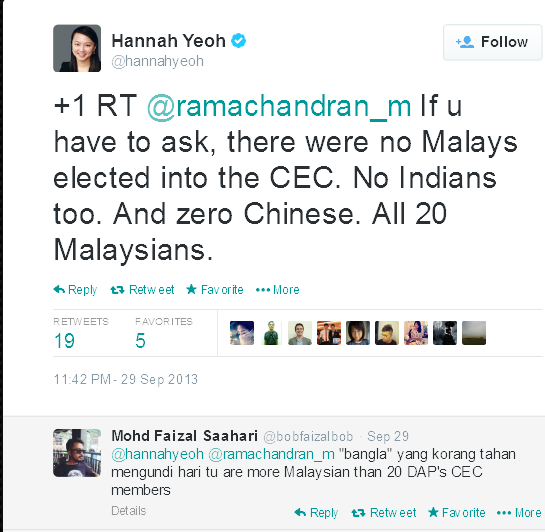 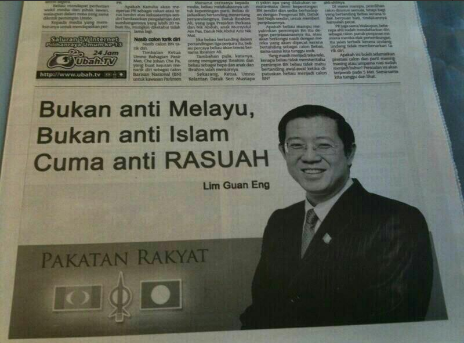 59 thoughts on “Because Hannah bullshits too much, her family becomes two faced”