The comments of the Tun in respect of your open letter above are slightly (and I say this respectfully of him) misplaced and based on sentiments that were perhaps valid in the 1970’s and 1980’s but not today.

The Chinese cannot wag the dog anymore than they did in the past. Much of the Chinese “power” based on their economic prowess and capacity (which still provides and endures) is no match for the ballot box and the power of the administration in government that wields it.

Much like how the Arabs of the late 1970’s were no longer the tent-dwelling Bedouin the Israelis walked all over in 1967 when they defeated Israel in the Yom Kippur war, the Malays – urban and rural – are a more sophisticated bunch exposed to the same influences and forces the Chinese and Indians had accessed, manipulated and benefitted from immediately post independence to this day.

A betrayal of the kind the Chinese demonstrated at that Tsunami last year was a “do or die” moment for them. They demonstrated their true colours at that final hour when the ship, they believed, was sinking. Rats do that. They should not be rewarded for their betrayal. It is a gamble they took and lost. They should not be pampered and mollycoddled for losing that gamble. At least Judas was honourable enough to hang himself after betraying Jesus Christ for 30 pieces of silver.

What sort of a message does that “forgiveness” by the Tun send out to the many Judas’ in government? Brutus was an honourable man. I doubt Ceaser would have forgiven him and taken him back to the senate if he survived the assassination. That’s what the Tun appears to be proposing. 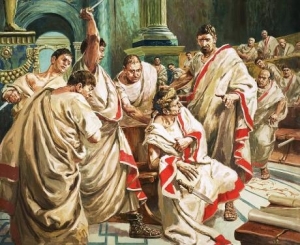 We must forget that hype that the Chinese are invincible and somehow possessed of the magic of commerce. Everyone is. Especially if they adopt the Chinese method of success of threats, blackmail, bribery and corruption.

For all their faults the Hindraf mob, in spite of the kick in the pants they received at the hands of government, showed loyalty and put whatever skin they had in the game. The government came through.

Without the enormous financial resources of the Chinese, the Indians had everything to lose and some say lost in that gamble. But that’s for another day and subject to what government may yet have in store for them.

The corruption in government as the popular media and opposition to government claims exists is almost to a fault and to a man the game of Chinese entrepreneurs bribing low paid and ambitious public servants to access public property and opportunities without having to submit to a meritorious assessment of their capabilities.

Yet the blame is always directed at people like the Tun and the Malays and to every element of the BN government. Not one of the beneficiaries of the largesse of the Tun’s era in politics including the late Eric Cheah, Vincent Tan, the Kuok Brothers and others who benefitted immensely bothered to stand up and say, I got my license and my opportunities through merit or at the very least, the Tun is not guilty as accused.

Unless the Malays wish to be relegated in eternity to the role of high paid peons, baggage boys and drivers of the powerful Chinese interest in Malaysia, they should stand up now and show the Chinese what consequences there are for betrayal.

There is an old Sicilian saying that goes like this:

“Revenge is a dish that is best served cold!!”

To the Tun: Those who forget the past are doomed to repeat it.

You have an enormous degree of influence amongst Malaysia’s majority: its Malays and Indians (at least of the latter those who do not support Ambiga and her Brahmins). You must rethink your strategy because many hang on to your every word. Once given the opportunity to rule the Chinese will never let go. Let Singapore be an example of that point. However rich a Malay may be after that, he would have lost his position of primacy in a land destiny, God and history gave him. And if that happens which it could, all of us who stood by and did nothing or said nothing about the Tsunami approaching in its second round will be responsible for it.

Salaams to the Tun and well said Helen Ang.

72 thoughts on “MCA in cabinet: Would Caesar have taken back Brutus if Caesar had survived the assassination?”