When the Chinese are willing to out and out support a slippery eel, then the national problem runs very deep. It goes beyond simply the shady character of the DAP Teluk Intan candidate.

The DAP touted Dyana as a “lawyer”. After checks reveal that she is not registered with the Bar, the DAP had to backpedal and concede that she is a “non-practicing lawyer”.

See, ‘Can gomen take action against Dyana for pretending to be qualified?‘ (updated)

(c) However the mother announced yesterday in a press conference, seated beside Kit Siang, that she WILL leave Perkasa, meaning she had not yet left the movement but was planning to do so only now

Lim Kit Siang says: “Her mother is not the candidate. I don’t know why are we on a wild goose chase.”

As young blogger Aiman Amani has so ably pointed out, Rosmah Mansor is not a politician either but Kit Siang himself has targetted the PM’s wife so many times. 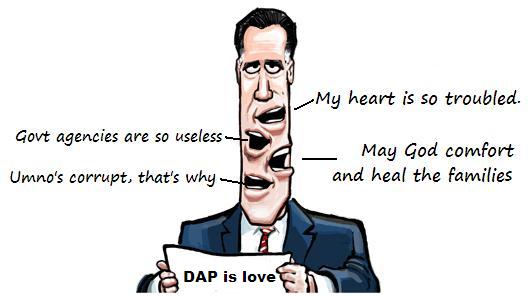 In this matter of sneakiness and shiftiness, I fault her Chinese handlers and DAP supporters more than I do Dyana Sofya. They are legion compared to Dyana who is one individual.

We can see from the menegakkan benang basah responses defending her lies that to the DAP urbanites, winning is everything. They have little concern for the Teluk Intan rural inhabitants whose interests are better served by the BN candidate.

They equivocate and make up all sorts of excuses to justify the telling of lies as a principle of realpolitik.

The pro-opposition media is complicit in all of this; their reporting is skewed to favour Dyana whereas story angles favourable to the BN are downplayed or buried.

Oh and by the way, Malaysiakini deliberately selected these pictures (below) of Dyana’s Gerakan opponents to publish in juxtaposition to the photogenic beauty contest aspirant [SI]. 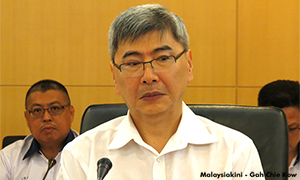 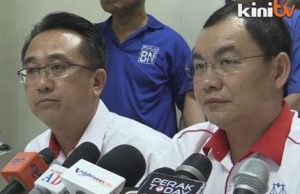 DAP politicking at its core is about telling lies. They can make black to be white and vice versa.

And they will go to the extent of  running smear campaigns against critics who point out and highlight how the DAP shooting stars just can’t stop lying.

To the Dapsters, the ends justify the means. In their pursuit of Putrajaya, they have made the Culture of Fitnah the national culture of Malaysian Chinese who support the opposition.

This brings us to the core question: What kind of people are they? 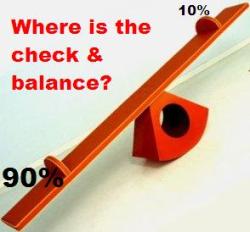 I can’t imagine that I could want someone who’s incapable of getting her story straight to be the Yang Berhormat representing me in the august House. Parliament is after all the highest legislative body in the land.

Yet among the Dapsters, they have no qualms at all. That’s why they elected evangelista after evangelista to public office.

And herein is the crux of the matter: The DAP evangelistas 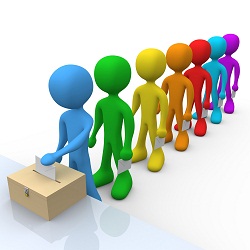 ABOVE: Dapsters say Chinese who support BN are “stupid and shameless”

Some days ago, Umno Youth Wilayah Persekutuan threatened to burn down the DAP headquarters in Pudu, KL. They resorted to physical intimidation as a response to verbal provocation by a DAP Penang Adun.

It’s fair to frame the racial tensions in our country as emanating from the Umno-Malay vs DAP-Chinese battle.

Religious tensions emanate from the Muslim vs Christian conflict — the attempted robbery of the ‘Allah’ word, the Jais seizure of the Malay ‘Allah’ bibles, curbs on church planting and Christianization, the attacks on the UiTM seminar, and the strongly suspected dakwah that is ongoing to convert Malays to Christianity. 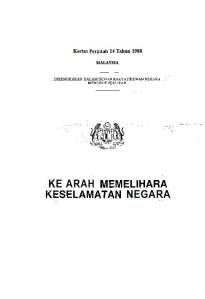 The excerpt below is taken from the write-up by Muafakat sec-gen A. Karim Omar in his blog entry yesterday.

The contents of Khalid Samad’s alarmist speech are abstracted from a White Paper on Ops Lalang presented to Parliament on 24 March 1988 — see also scan of relevant pages below (credit: blogger Jebat Must Die).

BELOW: The black flag of ar-Raya (jihad) has been raised 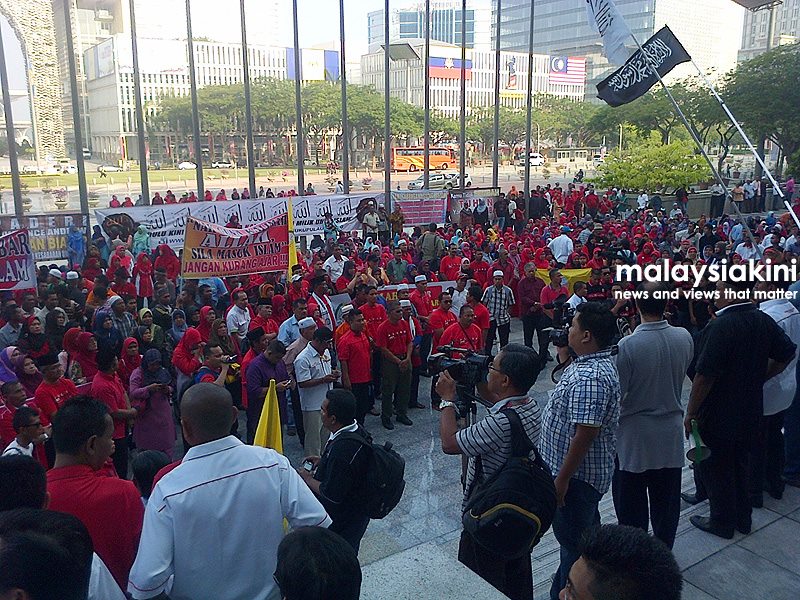 To refresh your memory, 1987 was the year when the placard “Basah ia (keris) dengan darah Cina” was displayed during an Umno Youth protest gathering at the Jalan Raja Muda stadium on Oct 17. The ISA swoop commenced shortly after.

The fear entertained by Khalid Samad back in 1987 has not come to pass … yet.

Nonetheless the government White Paper has recorded the suspicions with which the PAS leaders – among them party president Yusof Rawa (Mujahid’s father) and then Youth leader Mat Sabu – treated evangelistas at the material time.

The call in October 1987 to bathe the keris in Chinese blood shows how angry the Malays were but the Facebook generation hammering away at their nifty high tech gadgets are oblivious and buta sejarah.

Today it is the Muslims who are angry because for the Christians to appropriate the ‘Allah’ word is perbuatan syirik. They are lying about the nature of Allah in their insistence that God is Three.

Coupled with the present religious strife is the nature of the Dapster-evangelistas themselves. They can’t stop their tipu, their bohong and their endless putar-belit. Sudah menjadi darah daging.

Some might counter that provocation through words does not deserve retaliation through action. They argue that insults are merely verbal and it is not a proportionate response for the other side to turn violent.

But how does any decent and conscionable person fight the Evangelista Bintang Tiga whose chief weapon is FITNAH and for whose behaviour there is no cure?

If the DAP does not want Umno Youth to make any further threats on burning down buildings, then stop provoking. And above all, stop lying.

RELATED: The Sneaky Star and its nest of evangelistas 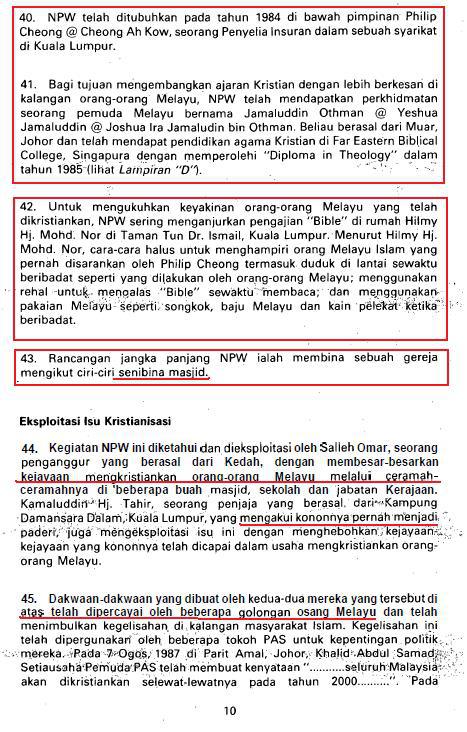 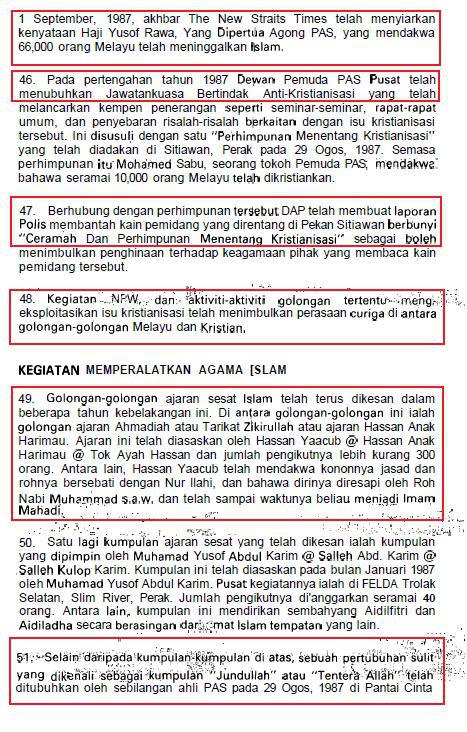 69 thoughts on “Buku bertemu ruas: Why Dapster lies will be met with Malay fist”