The first word of the Quran revealed to the Prophet was iqra … read.

Hannah Yeoh swears that “not every politician is bad”.

Read surah Al-Anfal ayat 39,  fight them until there is no fitnah. 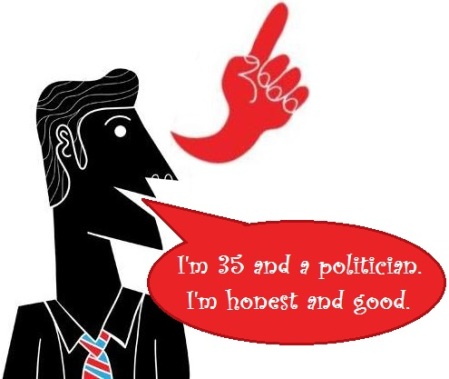 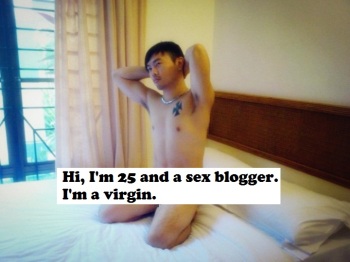 ABOVE: Look at the tattoo of a cross on Alvin’s chest

The YY spread fitnah everywhere. You must filter their dakyah.

And think. Think of what they’re doing to the country.

ABOVE: Alvin’s ex-girlfriend Vivian is however left here facing a sedition charge

Alvin says that he has migrated. Read below.

“Malaysia is a small and poor market”

•  “Malaysia is nothing, and anyone who wants to make it big needs to get out. Malaysia is a toxic wasteland with tons of people with negative attitude; you can’t do anything creative or different, because people are too uneducated and the government too tyrannical.”

•  “I’m too busy building and enjoying my life here in one of the most modern, exciting, culturally-and-economically-significant cities in the world.” 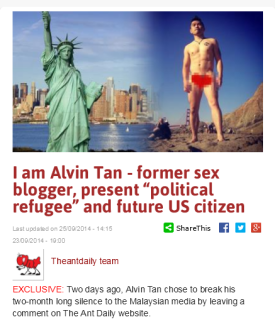 Why should I stay back to face trial?

“when it’s obvious I won’t get a fair trial?”, asks Alvin, “So that I can sacrifice one year of my precious 20s sitting in jail like Adam Adli?”

[Note: Does the ‘I am migrating‘-Haris Ibrahim feel the same?]

•  “Now, I’m on track to get a Green Card in a year, and then US citizenship in five years.”

•  “Admit it, I came out on top from the Ramadhan Bah Kut Teh saga, and you people are really bitter, angry, dissatisfied, and jealous about it.” 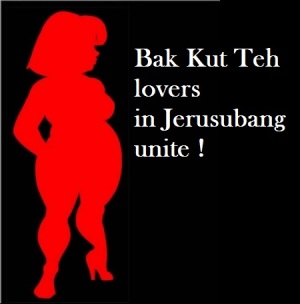 Maybe you should try migrating too, Tasmania beckons

•  “I’ve burnt all my bridges with Malaysia and will not bother to comment further on anything even remotely related to Malaysia”.

•  “I won’t return forever too, so enjoy your ‘beautiful’ country, you bumpkins.”

•  “I’m simply taking Umno ministers’ advice of ‘you tak suka, you keluar,’ and I love it. Maybe you bitter souls should try migrating too.”

Earlier Alvin had apologized for his Bak Kut Teh escapade. If the report above by The Ant Daily is to be believed, Alvin now declares that he “came out on top from the Ramadhan Bah Kut Teh saga”.

This means the apology he made previously was not sincere.

His defenders insisted that the Alvivi BKT was halal. After all, the duo put the Jakim halal logo on their buka puasa invitation, they said. Alvin’s defenders were also adamant that the BKT was chicken or organic vegetarian. Urm, like the one Hannah Yeoh had (just as the evangelistas would equally insist?).

According to the YY, that business of the BKT was not meant to offend Muslims who were fasting. And they also claimed that Alvin was sorry and hence the whole incident should just be glossed over.

Now that Alvin has spoken from the sanctuary of asylum abroad, perhaps the Malays should reappraise all the assurances and sop fed you by the YY.

So what kind of people are they? It looks like even the Sedition Act will not be effective in repelling their insults, provocation and endless fitnah.

34 thoughts on “If sex blogger Alvin was sorry, then why mock the “country bumpkins” now?”