Constitutional lawyer Tommy Thomas said Malaya reached a consensus in power sharing between the Malays and non-Malays when the country achieved independence and this compact is described as the “social contract” – see ‘Founding fathers will roll over in their graves about Zahid‘ (Malaysiakini, 24 Sept 2014).

Thomas was speaking at a plenary session at the International Malaysia Law Conference on the topic of ‘The Federal Constitution of Malaysia after 50 Years — What the Future Holds’. His two fellow panellists were Cyrus Das and Azmi Sharom.

Trade-off between Malays and non-Malays at Independence

“Thomas said that non-Malays were awarded citizenship under jus soli (right of the soil) to cut ties with their countries of origin.”

The news portal quoted Thomas (pix below) as saying that the non-Malays had to agree to “the protection that the Malays have reserve land and enjoy employment in the public service”.

He is referring to the Malay ‘special position’ under Article 153 which provides for the quotas and is the mechanism enabling the other affirmative action programmes.

“In this equilibrium, the non-Malays are not to be relegated as second class citizens as there is no apartheid partition or repatriation,” Thomas was reported by Malaysiakini as saying with regard to the delicate balancing act between competing communal interests.

“What was required from the non-Malays at the time of Merdeka was undivided loyalty to the new nation. Diversity was encouraged and no pressure to make it into a one Malaysia race,” he added.

Thomas also remarked that “Even the chauvinistic of all Malay leaders then never called on the wholesale repatriation of Chinese and Indian immigrants from Malaya”.

ABOVE: These rubber tappers in this old photo look like they could be Chinese women

Some DAP fan boys claim that the tudung is not exclusive to Muslim women who don the scarf as a religious obligation.

These DAP fan boys have claimed that the tudung does not solely denote a Malay-Muslim identity but instead can equally belong to the Chinese – just like Hang Tuah does.

They cite colonial-era labourers such as the immigrant women who carted bricks at construction sites, who panned tin (posed photo below) and who tapped rubber as examples of Chinese who have historically worn “tudung”.

Using these women – such as the rubber tappers above and the tin panners below – the DAP fan boys then argue that Hannah Yeoh and her selendang squad, when they descend upon the suraus and mosques wearing their tudung, should not therefore be accused of masquerading because … hey, Chinese women in Malaya have worn tudung since the 1900s, voila!!

This Chinese ‘tudung’ argument is no different from how they have contended that the Alvivi halal Bak Kut Teh is a chicken or “organic vegetarian” dish.

These Yahudi Yeohs are the kind of people you’re dealing with. 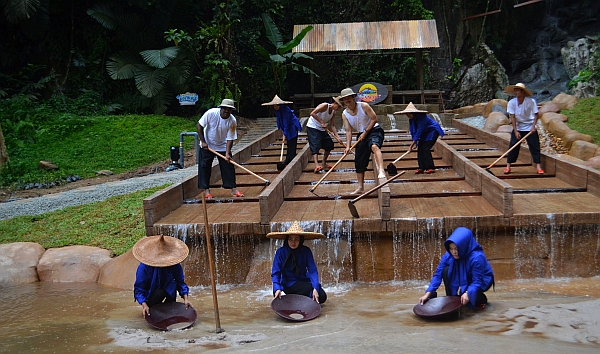 Let’s go back to Tommy Thomas and what he was reported by Malaysiakini to have said about the ethnic bargaining conducted during Merdeka. I shall confine my excerpts to only the Chinese component and omit the Indian since our focus is on Sino-Malay relations.

(2) In return and under this “social contract”, the Chinese had to concede to provisions for Malay reserve land as well as Malays getting government jobs (two examples cited by Thomas)

(3) Chinese would not be treated like second class citizens but at the same time, they must give their “undivided loyalty to the new nation”

Have the Chinese held up their end of the bargain of the social contract, i.e. by being loyal to the country? Mind you, when they got their citizenship paper by registration, they had to make a pledge of allegiance as below:

To become Malayan/Malaysian citiziens, the Chinese were required to swear that they shall,

A true citizen, a loyal citizen, an honest (sincere) citizen … 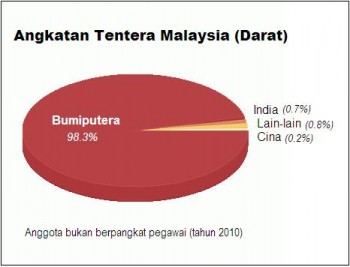 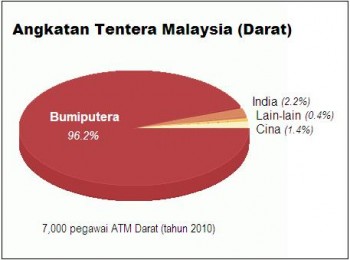 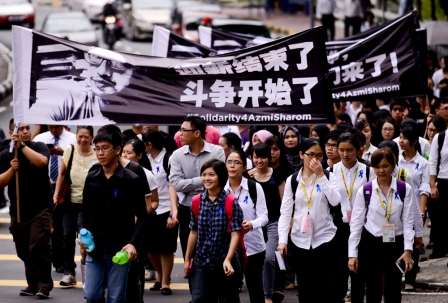 Are Alvin and Vivian good and loyal citizens because they say they support Prime Minister Najib Razak 100 percent?

How many Chinese youth agree with Alvin taking the Umno minister’s advice?