This overwhelming choice of the Chinese community notwithstanding, there is nowhere in the Federal Constitution that says Sekolah Rendah Jenis Kebangsaan Cina SRJK(C) is an enshrined right ataupun satu “hak” masyarakat Cina di Malaysia.

Article 152 of the FedCon says (I’m paraphrasing for the purpose of this discussion topic):

(1) Our national language is Malay 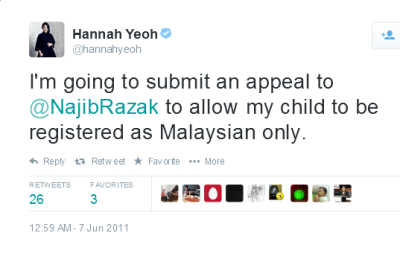 The following distinction must be made: Allowing the DAP “Anak Bangsa Malaysia“ to learn/study their mother tongue (sebut bahasa CINA pulak nih) and to teach Mandarin is not the same as guaranteeing a separate and parallel national education stream with Mandarin as the medium of instruction.

And one which caters mainly for 1race, the so called “second class citizens”.

Bottomline – Please show me where in the FedCon it says that SRJK(C) is a constitutional right.

Let’s look at the instances where the word ‘Chinese’ is mentioned in the Education Act 1996.

This Act defines what is SRJK(C),

i.e. ‘national-type school’ means a government or government-aided primary school using the Chinese language as the main medium of instruction

•  the Chinese language shall be made available to be taught in national primary school (Sek. Kebangsaan) if the parents of at least 15 pupils so request

Najib: “Malaysia is the only country outside China that recognizes Chinese education as part of the national education system” … (claps claps claps!)

The Education Act 1996 states the core subjects in the national curriculum at the primary level as:

Mandarin comes at the third mention, after BM and English, in our syllabus priority. 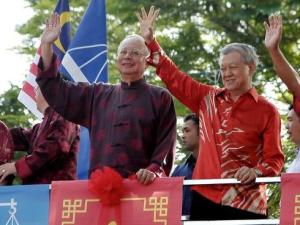 “Subject to the provisions of this Act, the Minister may establish national schools and national-type schools and shall maintain such schools.”

The Education Minister may establish and maintain SRJK(C). In other words, Chinese vernacular schools are allowed by the government to be built.

However the practice since the DEB has been that no new (or very, very few) national-type Chinese schools have been built over the last few decades.

These Chinese schools are not haram. They are mubah but not sunat or wajib. 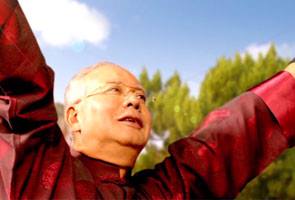 Previously under the Education Act 1961, there was Section 21(2) of which read:

When Najib Razak was the education minister, he had the above section abrogated.

So really, the Chinese community must be grateful to Najib for safeguarding Chinese schools by removing the power of the education minister to convert SRJK(C) into sekolah kebangsaan at the minister’s discretion. 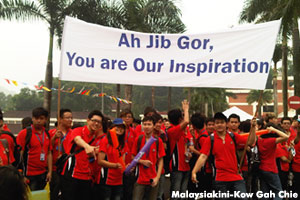 We now come to the latest controversy which is a press statement yesterday by MCA religious harmony bureau chairman Ti Lian Ker.

Datuk Ti (pix, below) declares that the “rights of all races to teach and learn their mother-tongue language cannot be denied, and national-type primary schools are a part and parcel of our nation’s mainstream education and cannot be denied”. 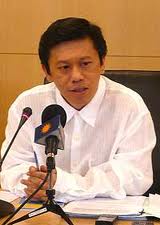 What he says about the right of [the Chinese] to learn their native language is correct. Nobody’s stopping the Chinese from learning Mandarin or Cantonese or Hokkien or Teochew or whatever.

Even the Sekolah Kebangsaan provide POL (pupil’s own language) class that teaches Mandarin as a subject.

And what Ti says about SRJK(C)s being part and parcel of our mainstream education is indeed – as he asserts – something that cannot be denied. Likewise the private colleges that proliferate to cater for Form 5 school leavers are also a part of our educational landscape.

But Ti insists that “abolishment of Chinese primary schools … contravenes the Federal Constitution”.

The core issue we should debate is, where in our FedCon is it written any guarantee for SRJK(C)?

Ti Lian Ker reminds us that “in October 1978, a Sabah Umno MP, Mark Koding was charged for sedition for advocating the call to abolish SJKC and SJKT”.

Ti’s statement requires firstly a technical clarification: Umno only entered Sabah in 1991 while Koding defected to Umno in 1999. In October 1978, Koding was a BN Parliamentarian and not a Sabah Umno MP.

Koding (pix, right) was found guilty of sedition as Ti has highlighted but nonetheless it is necessary to be aware of the details of his conviction.

He was deemed by the Federal Court to be seditious when he proposed that Article 152 be amended. It was not because he called for Chinese schools to be abolished.

“In Public Prosecutor vs Mark Koding, the court held that statements in Parliament which pose a question whether the Government should allow the continuation of Chinese and Tamil schools, and the use of Chinese and Tamil on road signs, were considered to NOT have a seditious tendency.

“However, Mark Koding was found guilty on sedition not because he had raised the question but he had gone on to say that if the Federal Constitution allowed such use, then the relevant provisions should be amended to restrict such enthusiasm.” – see the Malaysian Bar website

“Malaysians take pride in the fact that our country is a parliamentary democracy and we have since independence held free general elections every five years as enjoined in the Constitution. Malaysians with short memories and people living in mature and homogeneous democracies may wonder why in a democracy discussion of any issue and in Parliament of all places, should be suppressed. Surely it might be said that it is better that grievances and problems about language, etc should be openly debated, rather than that they be swept under the carpet and allowed to fester. But Malaysians who remember what happened during 13 May 1969 and subsequent days are sadly aware that racial feelings are only too easily stirred up by constant harping on sensitive issue like language; and it is to minimize racial explosions that the amendments were made” [to the Federal Constitution in 1971]. 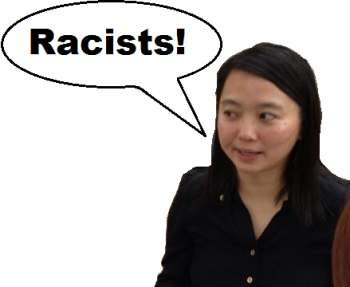 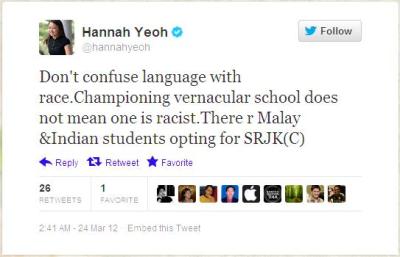 Hannah Yeoh says that race-based political parties like Umno and MCA are “racist” but vernacular school championing the mother tongue of the Chinese race is not racist to her.

She says that there are “no Indians and zero Chinese”. All are Bangsa Malaysia. If this is so, then whom do the Chinese schools exist to serve? 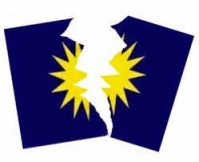 It is MCA that should leave BN

Our learned judges did not think that learning/studying a language [say, Mandarin] – as it is allowed in the Constitution – is to be confused or interpreted as it conferring an undisputed right to teach “in” that language as the sole or major medium of instruction.

Please read the judgment of the Federal Court delivered in 1982 by Tun Suffian, Raja Azlan Shah, Tun Salleh Abas and Tun Abdul Hamid on the appeal by Dong Jiao Zong with regard to the proposed Chinese language Merdeka University.

MCA’s Ti Lian Ker now complains that any suggestion of doing away with Chinese primary schools is against the “BN’s spirit of inclusiveness”.

He is only partially right. True, the BN has been inclusive. However on 5 May 2013, the Chinese through their tsunami had torn up the “Social Contract”.

How can MCA demand “BN inclusiveness” when 90 percent of the Chinese voters have rejected the BN? The Chinese are no longer a part of the BN family.

And rather than calling for Mohd Azli to leave the BN, it should be the backstabbing MCA that does so. The sooner the better. 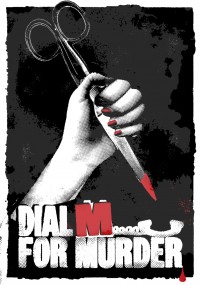 55 thoughts on “Where in Constitution is Sekolah Cina guaranteed?”