Marina begins by telling us that she is often asked if Malaysia will ever have a woman premier.

So, logically, we are to presume that the true leadership Marina elects to discuss in her article is the level presiding at the apex of power, i.e. prime ministerial.

Marina reckons the ‘woman PM’ question is raised because Malaysians are tired of our current dearth of talented leaders.

Earlier Marina had griped that she did not want “to be ruled by the stupid” – see her tweet below.

Giving an example of a truly unstupid leader, Marina says he would need to have some vision of where he wanted to take the country. (Urm, such as Vision 2020? Sounds like the ‘Liberal Doses’ daughter is affirming the leadership style of her conservative father, at least in this aspect.)

Morning all. I honestly have nothing to say today except that I really don’t want to be ruled by the stupid.

She adds that such a true leader would be able to articulate that forward vision in the manner that people can believe he is “consistent and committed to it”. (In other words, he does not flip-flop.)

But most unfortunately, according to Marina, “not only do we not know what the vision of our leaders are but they remain completely inconsistent, chopping and changing as they please. This confuses people, and yet they have the gall to blame others for that confusion”.

She laments, “Sadly, what we often see are leaders without principles, ready to follow wherever the loudest voices are”.

Hmmm, but who has been loudest lately? Isn’t it her dad? (Exaggerated stage whisper: “Are they in cahoots?”)

And who does Marina mean whom she views as being overly ready to follow the loudest voices? We wonder, not.

“A true leader speaks no words but his own, because those are the only ones that are authentic to him. He will not speak the words of others, especially without vetting them first.”

Which un”true” leader was recently forced to speak in another’s voice after he found himself boxed in with his back against the wall? Your guess is as good as mine.

“He has no need for disturbing visuals … He would be wise enough to know that to manipulate people’s emotions through images is the lowest trick in the book.”

Marina believes too that no true leader worth his salt should be so misty-eyed as to be taken in by “his own public relations or basks in false glory, boosted by artificial means”.

“There is nothing more grotesque than a leader puffed up with pride and hot air,” she adds. (This stinging shot is one down the gullet – oooh the pain!)

Elaborating further, Marina writes that such a puffed-up leader would only be able to get away with his hot air if there was no comparison in the near vicinity to show him up.

“Unfortunately within his neighbourhood he has counterparts far more visionary and certainly far more humble than he. Unfortunately too, we live in an age where we can follow what other leaders do very closely. And then we find our own wanting,” declares Marina, rubbing salt into that torn-gullet wound.

She is disappointed by the lack of true leadership in the country because when Malaysian leaders “have the opportunity to do the right thing, they don’t”.

Meandering to her coup de grace – thus far, she has carefully and deliberately omitted to name fingers and point names – Marina throws a very broad hint as to the target of her veiled criticism (only the bangang would have failed to read between the previous lines, lah).

Nudge, nudge, wink, wink – here comes Marina’s kicker: “It is totally weird logic to say that violence in the form of draconian laws is the only way to ensure stability”.

Aaah, so the un”true” leader has upset Marina through his flip-flopping stance on draconian laws, is it?

Piggybacking on the proxy theme, Marina alludes to “abused citizens” who might be successfully cowed into submission and made to “become obedient” but – she warns the true leader – these abused citizens might also end up “twisted and unhappy”. 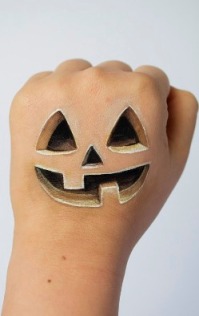 In contrast to Malaysia’s “draconian laws”, there is the Bill with the diabetic objective of fostering “National Harmony”.

The proposed Act bearing the sugar-coated name has been drafted by the National Unity Consultative Council (NUCC) of which Marina is a high profile member. This National Harmony Bill was supposed to have been tabled to replace the draconian Sedition Act.

The NUCC is an advisory body set up by the Prime Minister’s Department and under the patronage of Ah Jib Gor.

It appears like Ah Jib has been double whammied. Firstly, Dr Mahathir’s people were mad at him for wanting to abolish the Sedition Act.

And then when he beat his hasty retreat, Marina Mahathir’s crowd of human rights activists got mad at him in turn. The father and daughter fan clubs are polar opposites in their political orientation. Hence Najib has now managed to alienate the far right and the left field both.

The last time when Mahathir and Marina together got mad at a sitting prime minister, the poor fler did not last very long in office thereafter. (Note: Marina once made a similar but much more lightweight veiled criticism of Abdullah Ahmad Badawi.)

The Stars' circulation continues to rise while others decline http://t.co/fNIVC9s8wA

Marina’s shadow boxing article above was carried yesterday by the MCA-owned paper.

This is the same publication that gave a subtly glowing account of the opposition during the last general election.

The EvangeliSTAR write-ups on 5 May 2013 (eve of polling day) were seemingly an endorsement of ketum Anwar Ibrahim and of Pakatan as the better choice for government.

Ah Jib Gor is a sucker for punishment. He clasps his palms, nodding his head and going “gong xi, gong xi, please stab me”.

“I see you have a pair of sharp, poison-tipped scissors in your hand. Well, here is my back. Go right ahead, it’s my pleasure.”

Just like how he subcontracts to Pemandu certain key policies and the work of administering the government, the prime minister has also indirectly outsourced his Moderation message to The J-Star.

We would like to know how much GMM funding, corporate sponsorship and advertizing expenditure the PM’s Dept. has directed to the Gunting Dalam Lipatan.

20 thoughts on “Marina’s latest column on a “grotesque” leader”