The patron of Perkasa is Tun.

Saifuddin Abdullah is arguably the man most hated in own his party.

I’ve never come across any pro-Umno person who has anything positive to say about Saifuddin. It is only the Firsters and The J-Star that praise him sky high.

Saifuddin’s GMM and its partner the Voice of EvangeliSTAR 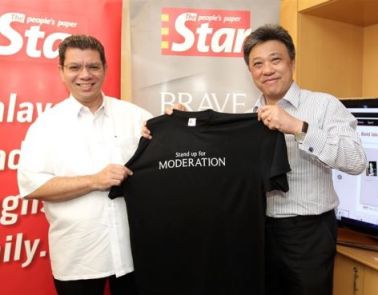 Pudin was rejected by Umno national delegates who kicked him out of the party supreme council.

Pudin was rejected by Umno members who did not see him fit to be Temerloh deputy division chief even.

Pudin was rejected by Temerloh voters who booted him out of Parliament. While Umno as a whole improved in electoral performance – increasing its count to 88 Parliament seats in 2013 (GE13) from 79 seats in 2008 (GE12) – Pudin was one of the incumbent MPs who lost badly.

Pudin is rejected at all levels by his own side. In fact, there have been many calls from the Malays for him to be sacked from his sinecures (kerja makan gaji buta).

When an Umno MP is praised by ABU

So, the Dapsters are being told that this Umno man cukup hebat.

Well, what do the Melayu totok (mereka-mereka yang setia pangkah Dacing) think about Nur Jazlan? By the way, he has a column in Malaysia’s most pro-Christian portal The Malaysian Insider. 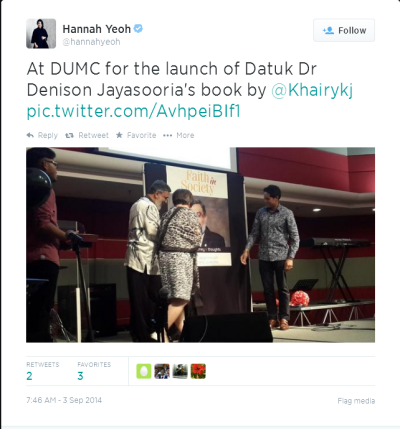 Khairy Jamaluddin is the Umno chief who has a Scissorati in his minister office.

He recently went to the Damansara Utama Methodist Church to launch the book of a DUMC pastor – see pix above. 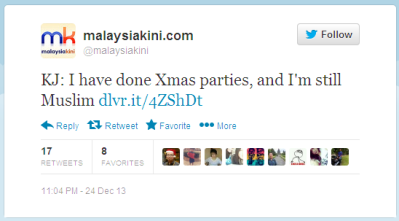 KJ lived abroad as a child and attended a Catholic primary school where there was a crucifix in every classroom and each school day would begin with a Christian prayer. 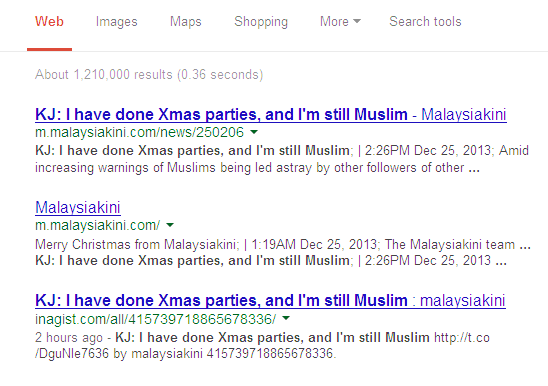 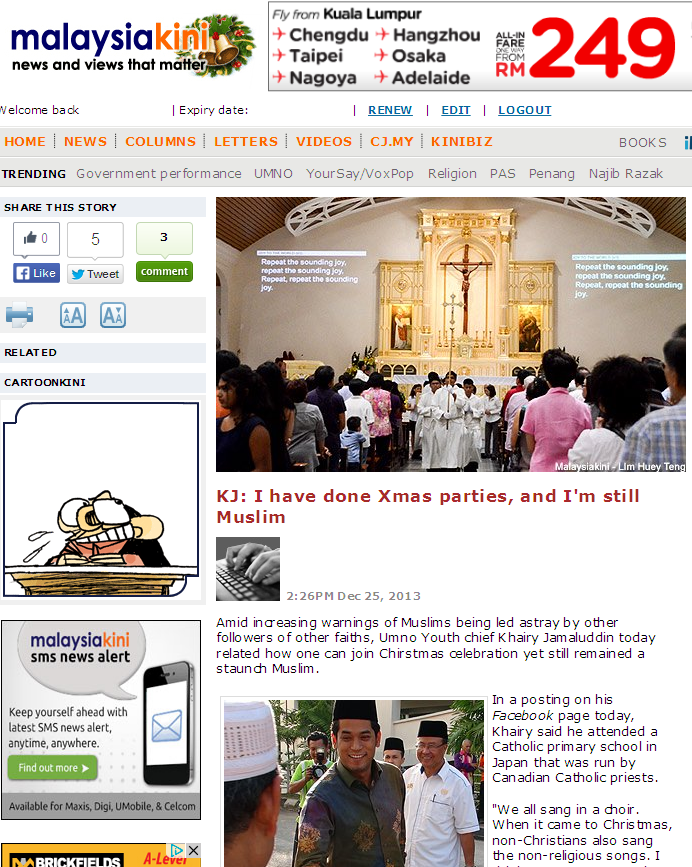 The posturing by KJ is highly irritating.

So perasan. Umno today has forgotten its roots. 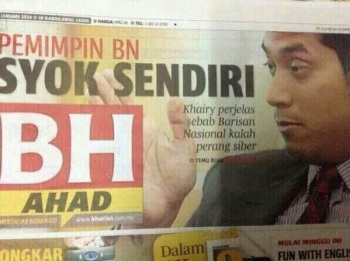 Someone like Saifuddin Abdullah has no cache among pro-establishment Malay voters. And while he may be popular with the Firsters and evangelistas, they will nonetheless still not give their support to Umno even with Pudin standing on the BN ticket.

Pudin is a lose-lose proposition

If you do the math, the ex-Temerloh MP has alienated the Umno Malays while incapable of bringing any Chinese-Christian votes to the BN table.

Ah Jib Gor is surrounding himself with political losers.

At the same time, the people who actually vote BN such as the Perkasa and Isma folks are turned off by Umno liberals like KJ who said that Isma occupies “the same ideological spectrum” as Boko Haram.

The Umno Youth chief also tweeted “about time” (see below) when he heard the news that Isma president Abdullah Zaik was being investigated under the Sedition Act.