It was Anwar Ibrahim who empowered the evangelistas. However with ketum now in jail, the beleaguered Islamists can start to lift the seige.

With this Malay protector of the evangelical Christians out of the picture, besieged Muslims can also begin the process of reclaiming their kalimah Allah.

Malays need to beat back the evangelistas.

“Giving a sense of power and destiny to predominantly Chinese Christians in an increasingly Islamic society, the movement has also led to an interest in Malay evangelism … Charismatic preachers emphasize the need to evangelize among all people, including Muslims.” 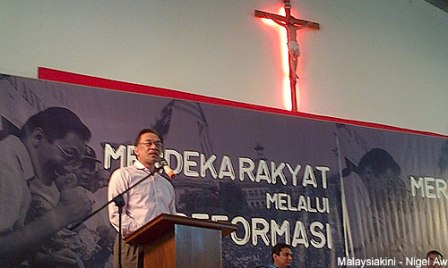 Chiding the Christians for attempting to drag the other races and religions into their acrimonious fight over kalimah Allah, Prof. Dr Mohamed Ajmal Abdul Razak Al-Aidrus (pix below) remonstrated, “It must be emphasized here that Muslim objection to the usage is to Christians and not the Sikhs”.

Prof. Ajmal, who is with the International Islamic University’s (IIU) Istac campus, said that the ties of Sikhism to Islam meant that the two faiths had some religious terms in common and more importantly, both share the concept that God is One.

With regard to the Christians, he insisted that “the objection of Muslims is valid and reasonable and cannot be dismissed and ignored”.

The Muslim argument is that Allah is a proper name and hence cannot be used by Christians since their concept of God is the Trinity as opposed to Islam’s tauhid, said Prof Ajmal reiterating what many other scholars and authorities on Islam have already clarified.

Prof. Ajmal, who is the author of seven books on Islam, explained that if Christians are allowed to use kalimah Allah, then we would not be able to easily discern whether a particular message comes from the Bible or the Quran, and whether it is about Christianity or Islam.

“We have pointed out that ‘Tuhan’, a truly Malay word, is at their disposal; however, they insist on wanting to use the word Allah.”

“Muslims view the aggressive and confrontational position of Christians in addressing this issue, expressed through individuals representing various religious organizations and associations, with suspicion,” he added.

Prof. Ajmal lectures at Istac, the Institute of Islamic Thought and Civilisation (below)

According to Prof. Ajmal, the kalimah Allah issue should have been handled with more tact instead of the “disturbing and alarming rhetoric in the media”.

Unfortunately, it has “exploded on to the public scene where little concern is shown for the sensitivity of the majority” and not to mention that “the issue has been made to appear in the media by Christians as an infringement on their right to practice religion”.

He reminds us, “If anything, the hype surrounding this Allah issue has made us more wary of the costs of thoughtless provocations and the fragile nature of multi-religious and multiracial societies”.

“We praise Allah for the peace we enjoy in our country, and we must not assume that playing up the sentiments of the public on a religious issue with not have dire consequences,” he warned.

Prof. Ajmal‘s 2013 monograph titled Christians in Search of a Name for God: The Right to Allah is billed as “the most comprehensive study to date on this controversial subject”.

Published under the Istac imprimatur, it “answers all the questions that Christians have raised and more”.

Nonetheless, Prof. Ajmal accedes that the definitive answers, as to why kalimah Allah is exclusive to Islam, appear still not to satisfy the Christians.

The Christians have repeatedly and loudly trumpeted that ‘Allah’ was used 400 years ago in the Malay Bible and quoting the date 1612.

Prof. Ajmal disputes the strength of this claim.

It is the evangelical politicians who have been at the forefront of inflaming the fiery polemics.

History of the translation of the Malay Bible

1612: Gospel of Mark and Gospel of Matthew translated by trader Cornelius Ruyl of the Dutch East India Company (EIC)

1629: The Gospels of Mark & Matthew printed in Enkhuysen

1638: The Gospels of Mark & Matthew printed in Amsterdam

1646: The Gospels of Luke & John translated by Rev. M. van Hassel, a director of the East India Company

1651: The four Gospels and the Acts of the Apostles published

1668: The complete New Testament translated by Rev. Daniel Brouwerious into Malay but using a lot of Portuguese loan words

While it is true that the kalimah Allah was first printed in Malay translation 386 years ago (limited to the two books of Mark and Matthew), it was nonetheless translated by East India Company traders who were here in Nusantara as European colonizers.

And it was nowhere near being a complete Bible and one that was widely used by Malayan Christians because we’re really talking about a piece of Dutch work that was created for ‘Indonesians’ (and not for Tanah Melayu residents).

“No consent was given by the Muslims or sought by the colonizers to use the [Allah] word. They took as they desired and gave as they saw fit,” exclaimed Prof. Ajmal.

Hullo, who’s the one who is confused here?

It is Hannah Yeoh who’s one confused woman (see her tweet above) and it figures – given how she arbitrarily BLOCKS any contrary or dissenting views.

In his monograph, Prof. Ajmal proceeds to debunk some favourite arguments put forth by the Christians.

Whinge #1: But the Arab Christians say ‘Allah’ too

Yes, but Arab Christians and Arab Muslims use the word differently.

The Arab Christians use the word ‘Allah’ to mean God generally while Muslims – in Arabia and globally – use the word to call upon Him by name.

Between the Arabic language speakers themselves, there is an understanding of the different denotations.

Prof. Ajmal pointedly brought up the fact that the very vocal Bishop Paul Tan “does not have a congregation that consists of Arabs. However, the fervour with which he is fighting to use the word would make one think that he did”. 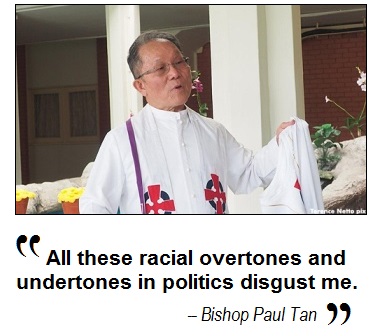 Whinge #2: ‘Allah’ is a Malay word what, our bahasa kebangsaan what

The Malays use the expression “Ya Allah Ya Tuhanku” – Oh Allah (proper name), Ye my God (noun).

Malays don’t say “Ya Tuhanku, Ya Allah”. This goes to show that ‘Allah’, which is a proper name, cannot be simply substituted to mean god as in a common noun.

In Malay, Allah is never translated. Allah is always Allah, now and for evermore.

Thus the excuse by the Christians – those who are non-native and non-Malay speakers (such as the Bishop Paul Tan) – trying to finagle kalimah Allah by pretending that they love our national language just doesn’t wash.

Prof. Ajmal suggests that if Christians were sincere about finding a solution to the impasse, they should consider the “more amicable options” with impeccable pedigree like Eloi, Eli, Eloah, Elohim, Yahweh or Jehovah.

Nonetheless, there is doubt as to their sincerity because Christianity is, after all, a proselytizing religion.

“The openly expressed statements of missionaries from the days of Albuquerque [Portuguese conqueror of Malacca in 1511] to the British about converting Malays bear testimony to this,” said Prof. Ajmal, reflecting on how “the intent was clear from the very beginning”.

Race between the Cross and the Crescent

Why this imperative to convert the Malays, you might ask?

Prof. Ajmal noted that apart from Marisson, other reverends had arrived at the same conclusion too.

This is how I [this blogger] interpret it. The Church in the peninsula wants to shed its pendatang baggage and image. By snagging the Malays, the missionaries hope that Christianity can eventually acquire bumiputera status and be legitimatized to take its place as the religion of the land.

The lengths to which missionaries will go

Prof. Ajmal brought up the matter of the Christian leaders in the 1950s who had proposed to the Reid Commission that a secular state would ensure religious freedom for all and such implications stemming from the unfettered liberties.

As to what the Church elders had wanted from the Reid Commission, please refer to my earlier article, ‘Perjuangan gereja yang belum selesai mahukan Melayu diberi kebebasan beragama‘.

“We can see from this that no stone was left unturned to convert, and missionaries examined every facet of Malay life to influence their faith,” revealed Prof. Ajmal.

Citing the writings of Michael S. Northcott, Prof. Ajmal comes to a conclusion that the Malay worry about apostasy is not imagined nor an exaggeration as we can all see how the evangelical movement has been successful in appealing to the youths through its “American oriented Western popular culture of the urban middle class with its pop music style”. 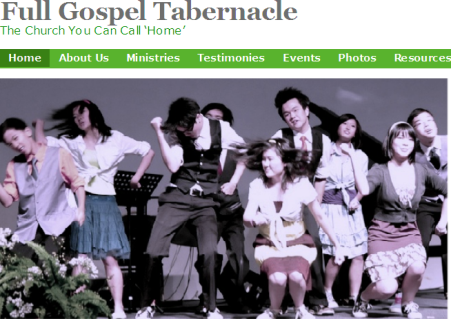 The Muslim concern has a sound basis, said Prof. Ajmal, and “[t]hose who are familiar with Islam know fully well that the physical and intellectual clashes between Islam and Christianity are centuries old. In this region, conversion attempts have been going on since the 16th century”.

“If the evidence presented in this case stays antiquated, one could argue that Muslims are paranoid and suspicious. However, the more recent enunciation of Malaysian Christians about conversion and the aggressive nature of their stand cause even more reason for concern,” said Prof. Ajmal in his monograph.

“Akin to requesting the govt to sanction the Christianization of Islam”

The sneaky mis-translation in the Malay Bible is an invention of the European colonizers.

“The position of Muslims is not an emotional outburst,” averred Prof. Ajmal. It is instead the Christians who are making an unreasonable demand.

“This unreasonable demand of Christians, that is, to use the word Allah, is akin to requesting the government to sanction the Christianization of Islam. Hence we’re saying NO to the use of the word Allah by Christians because we place peace and harmony in this multiracial and multi-religious country above all else,” he said.

“Christians must not [feign] victimization by invoking Article 11, especially since this is not an issue about the prohibition of worship, when history bears witness that their designs are less than noble.”

My name is Yahweh forever

In the Quran, God has described Himself as Allah while in the Bible, God named himself Yahweh.

15 And God said moreover unto Moses, Thus shalt thou say unto the children of Israel, the Lord God of your fathers, the God of Abraham, the God of Isaac, and the God of Jacob, hath sent me unto you: this is my name for ever, and this is my memorial unto all generations.

God clearly said He is Yahweh. He said so a total of 6,807 times in the Bible! And that is exactly what Christians should call Him.

The evangelistas in Malaysia are blind and see not, deaf and hear not, and provocative and heed not.

You can buy Prof. Ajmal’s monograph at the Universiti Malaya bookshop, or at Istac, or order via email at kalimahallah2013@gmail.com.