The Rubicon is crossed. From now on, it’s confrontation all the way.

1. Only simple majority needed in Parliament

“All that is required to amend the law is a simple majority,” said Gan Ping Sieu (below). 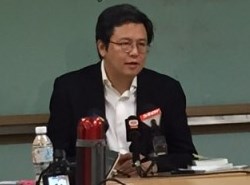 Just in case you didn’t get it the first time, Ping Sieu repeats, “to amend this, we do not need a two-third majority but a simple majority”.

Reiterating for the third time, Ping Sieu told the press conference on Wednesday, “let me put the record straight. We do not need to amend the Federal Constitution to amend this law in Kelantan”. Well, you can get any clearer than that, can you?

Ping Sieu is a lawyer by training and additionally holds a Diploma of Syariah from the International Islamic University (IIU). It is his professional opinion that “once it becomes law, that is a point of no return”.

By the way, a simple majority requiring 112 votes in Parliament is quite doable. Aside from Umno’s 88 and PAS’s 21, PKR has 16 Muslim MPs.

2. MCA no longer has any influence with Umno

MCA has tried its best to prevent the implementation of hudud but every step of the way the BN Chinese component has been demonized by all three Pakatan parties and their supporters as being “anti-Islam”.

Some quarters in Umno itself have also been persuaded by the opposition ‘anti-Islam’ rhetoric against MCA. With that unfortunate reputation maliciously contrived for it, MCA is no longer able to prevail upon Umno to kow tim matters behind closed doors.

A popular Malay point-of-view is articulated by the ex-Mrs Sakmongkol (DAP Raub MP Mohd Ariff Sabri’s former spouse) – ‘PAS is not afraid of DAP.. Why should Umno fear MCA?‘

Jackson Ng – see Malaysiakini ‘Is MCA staunchly anti-Islam?‘ below – previously mocked MCA for organizing a forum themed ‘Hudud and its implications on non-Muslims’.

Jackson, who labels the former MCA president as “zina Chua“, said the event was “a sick joke and a mismatch” and deeming Dr Chua unqualified to address the forum. Unless I’m mistaken, Jackson Ng is the evangelista Ng Kee Seng who heads pro-opposition news portal The Ant Daily.

The behaviour of the Chinese and particularly the evangelistas has destroyed the last cache that MCA used to have with Umno. Hence the Chinese can no longer expect MCA to wrangle any concession or compromise from Big Brother.

In short, MCA has no more clout to bargain on behalf of the Chinese.

Since the Chinese have decided to throw their lot fully with the DAP, they will have to rely on the evangelical party to resolve the hudud conflict. You make your bed, you lie in it.

As with kalimah Allah, Malaysians are taking sides on the hudud issue largely based on our own religious affiliation.

The Syariah Criminal Code Enactment (II) 1993 (Amended) was passed after its third reading two days ago in the Kelantan state assembly. The Umno and PAS Aduns were one in their bipartisan support for the bill.

And it’s not very smart nor diplomatic of the MCA to say that “hudud will bring our multiracial nation to the sewers” – see tweet below.

MCA is mistaken in its hope that this hudud controversy might make Chinese electorate turn away from the DAP. On the contrary, it will only heighten the Chinese chauvinism coupled with Christian triumphalism in addition to erasing whatever vestiges of Malay support there is still left for MCA.

Chew Mei Fun, the MCA vice president is not very realistic either when she says that “Lim Guan Eng is the worst DAP secretary-general in failing to prevent hudud”. Err, how many sec-gens has the DAP had in its five-decades-long history?

The Chinese are blaming MCA – not DAP – for failing to prevent hudud in the same way they blamed Umno for the seizure of the ‘Allah’ Bibles even though the raid on the Bible Society was carried out in a Selangor, a Pakatan-ruled state, and Islam comes under state control – meaning that JAIS officers are on the Pakatan, and not Putrajaya, payroll.

There’s no hope and no cure for the Chinese since they persist in being so utterly divorced from reality and common sense. Tak lain dan tak bukan ‘odikal‘ namanya.

4. Guan Eng accuses PAS of being dishonest, deceitful and treacherous

“DAP leaders feel angry and betrayed by PAS Kelantan leaders and several of its pro-Umno national leaders for its dishonesty, deceit and treachery by turning its back on PR and instead willing to trust Umno to implement the Shariah Criminal Code II Enactment or hudud laws.”

It’s not surprising that Guan Eng and his party colleagues – Anthony Loke (below), Jeff Ooi, Gobind Singh, etc – should rage at what they call “such acts of betrayal by PAS Kelantan and some PAS national leaders”.

Just as they’re now tarring PAS as being full of “dishonesty, deceit and treachery”, they’ve similarly labelled others as “racist”, “extremist”, “haters” and “religious bigots”.

What does their name-calling tell you about the nature of the Firsters? 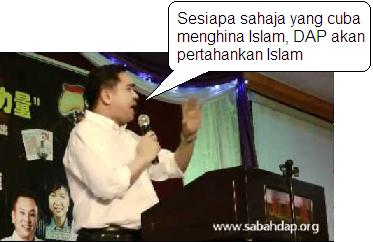 5. PAS Mursyidul Am Haron Din replies to the DAP allegations

How can PAS be said to be traitors when, in the first place, they’ve never made any bones about their Islamic State and hudud ambitions?

Instead it was the DAP that convinced its Chinese followers to support hudud.

PAS did not go around deceiving the Chinese. It was the DAP that was duplicitous and the Chinese who chose to delude themselves. 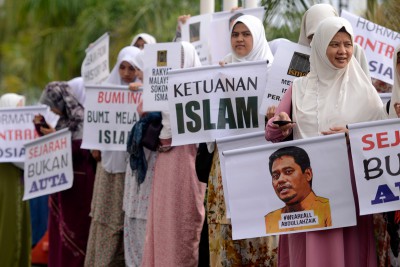 6. How things are unfolding

(b) Perpaduan ummah – The Muslims are coalescing across the political divide; Umno is taking a hard turn to the right while PAS is consolidating under the ulamas

(c) Muslim NGOs – The Islamists are acquiring a bigger role

“… we do not want this to just be in Kelantan… I see that, God willing, the same wave will fall in Terengganu, and then maybe Pahang.” – Ustaz Mohamed Hafiz Mohd Nordin, chairman of Pembela (coalition of Muslim NGOs)

(d) Anti-DAP – The evangelical party has been actively promoting hate, first ABU against Umno and now against PAS; The Golden Rule: What goes around comes around

(e) Anti-Chinese – The rough reaction of the Chinese to the current hudud developments is raising Malay hackles; the ‘Boikot Cina’ campaign will intensify; politicians like Ismail Sabri are now very popular among Malays 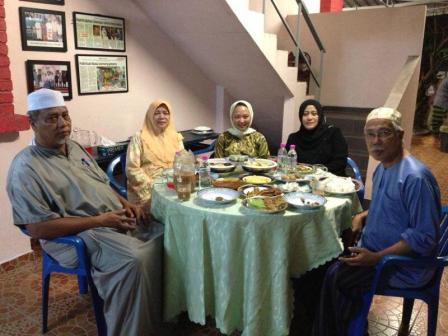 ABOVE: Will the two Pak Kopiah please ask Hannah Yeoh whether she has received hidayah yet? It’s been more than seven years already

(f) Anti-Christian – The treatment meted out to PAS has exposed how hypocritical is the love-love-love professed for Muslims and how sneaky is the manipulation and exploitation of PAS goodwill (inter-faith ambassadors, Unit Amal, AJK surau & masjid) by the evangelistas

Read, ‘The Christian love for PAS … just too creepy for words‘

(g) Cukup-cukuplah dengan fitnah – There’s only so much of the incessant putar belit, tipu dan bohong that the majority population will put up with

It’s true that some segments of the Muslim population in our country want hudud but the evangelistas are intimating to the world media as if Malaysia is under the thumb of Boko Haram and the non-Muslims here are on the verge of being decapitated.

At one level, hudud is about religion but at another level it is the essential political glue so that the Malays (who have been split) can fight back against the monolithic Chinese united under the DAP banner.

The Chinese have chosen to surrender their fate into the hands of the conniving DAP evangelistas. So be it. It’s now DAP versus Umno, all out. The winner gets Putrajaya.

The kid singing in the video clip below was 13 years old, btw 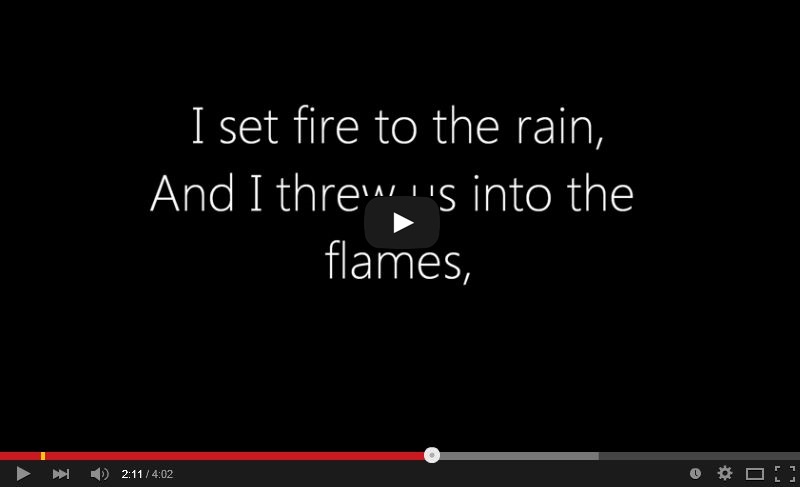