‘Melayu Lama’ is currently trending in my blog. See screen capture of my blog stats for 16 April 2015, i.e. today, on Melayu Lama’s piece. The reason for a spike in accessing the article is due to it being discussed somewhere in Facebook.

Coincidentally, I had hosted this particular write-up by the Malay blogger – see caricature of him (below) – exactly two years ago on 16 April 2013. So it’s a walk down memory lane on a second ‘anniversary’.

With the benefit of hindsight, we can re-examine Melayu Lama’s suggested strategy.

He advised that for Umno to engage PAS and PKR is clearly a waste of time. “They’re not the ones determining the course for Pakatan and nor are they wearing the pants in that trio,” he blogged. Ref. http://melayu-lama.blogspot.com/2013/04/when-playing-with-fire-just-isnt-enough.html

A couple of years down the road and in the wake of GE13, we can see for ourselves that it is indeed the DAP that is calling the shots in Pakatan. Hence the flip-flop and dilution/modification of PAS’s hudud and amending of the party’s ‘Islamic State’ aspiration to  {{ UBAH into }}  the ‘Negara Kebajikan’ manifesto.

BELOW: Begitu licik sekali … even the DAP hornbill mascot is wearing tudung

Umno as Big Brother must shoulder the responsibility

My forecast is that the PAS ulama leadership will recover the reins in party at their next muktamar and in the process routing the Anwarinas.

I also foresee PAS inching towards cooperation with Umno but not going all the way by joining BN. It doesn’t look like Najib Razak will deliver Hadi’s hudud in the next Parliament session. This will pour cold water on the PAS-Umno flirtation.

Blogger ‘Melayu Lama’ said that it is Umno which needs to take on DAP because the Chinese party is the Pakatan anchor.

It’s patently clear that MCA and Gerakan as well as MIC is not up to the task of fighting the DAP.

As a measure of DAP’s popularity among the non-Malays, the party now has 6 Indian MPs (counting Karpal’s sons) compared to the Malaysian Indian Congress (MIC) which has four. And as a warning on the precarious position of the ruling party come GE14, beware that MCA and its media and machinery will likely sharpen the scissors to inflict a more lethal stab to the BN’s back. 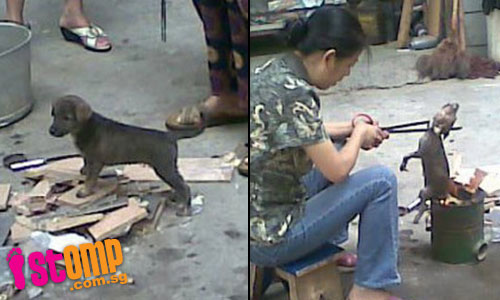 Crossing the line to bring down BN

According to Melayu Lama, there are no ethical boundaries that the mismatched opposition ménage à trois will be reluctant to cross. As long as BN can be toppled, Pakatan is willing to do anything because they have “way too much of an axe to grind”.

“Pakatan rules by mob and thugs and when we let lawlessness prevail in anyway for whatever circumstances we are no better than thugs ourselves”, added Melayu Lama.

He reminded that with power at their disposal, Pakatan will surely find a way to conveniently legalize those means which will help enable them to achieve the desired ends.

We’ve already seen how the DAP bulldozed new rules through in order to enforce their will. Mandating that the Selangor opposition chief must be PAC chairman is one instance of the DAP sneaky coercion masked as good practice. 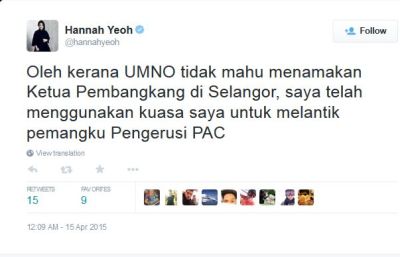 Practitioners of the Orwellian black arts

When Umno Selangor Aduns are able to circumvent the compulsory PAC legislation, the DAP shifts the Dewan goalposts without batting an eyelid.

“They have an axe to grind and they will chop off heads, even if it is illegal to do so they will conveniently make it legal,” warned Melayu Lama metaphorically (or then again, maybe it’s not merely a figure of speech).

But anyhow, trust these slick spinmasters of the art of propaganda to later claim – most blithely – that it is all done in the interest of democracy and justice.

“If they have all those means at their disposal as a tool to wrestle power do you think they won’t keep those tools to maintain power?” (Of course they will!)

It has been proven that not only will Pakatan utilize any existing “draconian” laws without qualms, they will intensify its use. Observe how some Pakatan public figures have been clamouring for Tun to be charged under the Sedition Act and for the hand of “thieving” Umno politicians to be chopped off.

BELOW: DAP’s Serdang evangelista MP Ong Kian Ming goes a step further – he supports hudud because he wants adulterers to be castrated “esp those who can be seen on video”

Two years ago, Melayu Lama highlighted how the DAP people have held that “everything is Umno’s and by extension the Malays’ fault” because they’ve lost their sense of right and wrong ever since they tasted power so spectacularly.

He gave a hypothetical example of how the DAP idols “can rob banks and kill bank security guards in the process right in front of them [party supporters] and their missing sense of logic will tell them it’s OK because the bank has something to do with BN and the guards are relatives of Umno members”.

“DAP is preaching so much hate and saying it’s alright to commit wrongs just to get Umno (the Malays) out of power,” says Melayu Lama, adding how “a lot of those lopsided, ‘we can do no wrong’ type of postings’ are inundating the pro-DAP boards and online forums.

Hence only DAP-conformist narratives will reverberate in their own isolated echo chamber. Like Mao’s Red Guards, the DAP cybertroopers constantly patrolling online will not permit room for dissenting views or counter opinions.

“They are preaching way too much hate and they must be stopped!” urged Melayu Lama.

Some commenters on this blog have remarked on how proactive the DAP movers and shakers are.

It was the DAP after all that guided the “PAS for All” soft sell advertizing.

Now that the public relations exercise to hoodwink non-Malays and non-Muslims has flopped due to the hudud crisis, the March-to-Putrajaya is shifting tack to promote “DAP for All” as the alternative to con the Malay and Muslim electorate … reaching all the way to Egypt and Jordan.

There’s no doubt that DAP is in charge.

Thus the kind of Dapster behaviour filtering into the public domain is a symptom of the DAP successfully seizing greater control of the people’s mindset.

24 thoughts on “DAP in charge of all”