Impressively “big fast results” have been achieved by the very “talented and capable” Pemandu and is attracting world attention, Najib Razak revealed.

Najib Razak yesterday patted Pemandu heartily on the back for its “flying colours” performance.

The prime minister’s speech, where he revealed that Pemandu’s GTP and ETP have met and even exceeded their goals, was highlighted on the April 29 front page of the Umno-owned NST – see above.

BELOW: Najib holding up the “flying colours” Pemandu report card, flanked by Muhyiddin and Idris Jala who is the Pemandu CEO

Here is Najib saying one thing and Dr Mahathir saying quite another thing only a short while ago on the same topic. Just like 1MDB, the subject of Pemandu is once more a clash of opinions between the two men.

BELOW: As the Dapsters love to chant, “you pay peanuts, you get monkeys”; Khairy, for one, believes Pemandu consultants deserve to be paid the best money

In Najib’s own words, the role of Pemandu (which is parked in his PM’s Dept) is …

BELOW: The bubbly (“champagne”) bikini bod Farah Intan was a Pemandu Senior Analyst tasked to prepare the KPI of our police force

In a recent Che Det posting on 20 April 2015, Tun blogged that soon upon assuming the premiership, Najib “began to recruit his own 4th floor boys plus a number of British personnel to advise him on how to run the country”.

(But then again, do recall that Tun is the prime minister who once instituted a maverick policy of ‘Buy British Last’.)

Taking over the wheel from Pak Lah

“They also used foreign consultants costing more than 7 billion ringgit,” added Tun, and suggesting that the Najib administration’s reliance on British advisers indicated our current PM “did not seem to believe in the Malaysian capacity to develop the country”.

Tun said Najib chose to ignore the trusty Economic Planning Unit (EPU) and other government departments and instead preferred to set up a new agency, Pemandu, to Power Point our development plan.

BELOW: Idris Jala and his trusty Power Point

Tun highlighted how Pemandu is headed by a non-civil servant and that the salaries of Pemandu personnel “far exceed” what is paid to civil servants.

He believed that this move to create Pemandu made the civil servants “very unhappy”.

The civil servants are very unhappy because “their services, their expertise and experience are no longer needed” despite their immense past contribution in taking Malaysia from a developing country to a middle-income nation, said our ex-premier of 22 years.

Noting how the civil service had always been loyal to the BN government previously, Tun worries that many of them now no longer care to support the political establishment. “Some even join the opposition after retirement and stood as candidates in elections,” he pointed out.

Tun has dissected one of the reasons for BN losing support during the last election from its traditional vote bank. So if Najib is willing to act constructively on Tun’s postmortem, then perhaps BN will be able to recover some of these lost civil servant votes.

The admin (consultant) for the ETP Twitter account @etp_roadmap made a Freudian slip in referring to Najib as “former prime minister” in his/her tweet on 6 Jan 2014 – see below.

No heads – as far as the public are aware – were made to roll for this hex (or what the Chinese call bawa ‘suey’) that was cast on the PM by his very expensive ETP advisor.

I reckon that Najib’s streak of bad luck can be traced back to this most unfortunate episode as its catalyst. With advisors like these, who needs enemies?

To turn his fortunes around, Najib ought to tolak bala by returning the favour and making the ETP culprit his “FORMER” consultant.

One Malaysia vs Malaysian First – what’s the difference?

Tun observed that as a result of the overarching role given to Pemandu, certain government policies, including affirmative action for Bumiputera, were changed.

And aside from his disapproval of BR1M, Tun is also sceptical of 1Malaysia overall.

“Without saying so in so many words, he [Najib] had adopted the Malaysian Malaysia slogan of the opposition, only calling it One Malaysia instead”, Tun rebuked.

“A former minister’s political secretary is being investigated for alleged misappropriation of funds from the 1Azam welfare programme for the poor.” – See news article @ http://www.thestar.com.my/News/Nation/2013/09/18/Former-ministers-polsec-probed/

“Sources said the 54-year-old Datuk was detained on Friday at about 5pm in Putrajaya, and taken to the Malaysian Anti-Corruption Commission headquarters for questioning.

“MACC director of investigations Datuk Mustafar Ali confirmed the arrest and investigations related to 1Azam which is under the Woman, Family and Community Development Ministry.”

The media learned that the MACC had seized 10 luxury vehicles – including a Toyota Alphard, Toyota Vellfire, Toyota Camry and Golf GTI – in connection with the investigation and purportedly belonging to the suspect

Urm, so what happened to the case? Loopholes in implementation should be plugged so that the rakyat do not lose confidence in the ‘driver’ and the negative perception does not linger.

BELOW: The Ngeh-Nga DAP evangelista warlords in Perak react to 1Malaysia

Err, Tun is not convinced …

Will the Pemandu report yesterday on its “big” and “fast” successes be able to make Tun desist from his relentless attacks through persuading the older man that Najib is coping fine?

Tun, on the other hand, has mentioned Brunei and Saudi Arabia as two examples of countries with high GDP per capita (at USD41,833 and USD25,401 respectively). Nonetheless, he does not consider either of these countries to be developed states, i.e. countries with R&D pushing technological innovation and possessing intellectual capital as well as a skilled workforce, e.g. Proton automotive engineers and technicians.

Therefore Tun is questioning whether Najib and his Pemandu driver are really drawing a workable blueprint. Does Najib wanna listen to Tun or listen to his coterie of consultants?

According to Najib’s side of the story, he created Pemandu with the express purpose of driving Malaysia speedier to its destination of becoming a “high income advanced economy” by 2020 or even earlier, Insya Allah.

However, Tun – the man who coined Malaysia’s “vision twenty-twenty” catchphrase – himself does not believe that this lofty ambition can be achieved as yet. And certainly not by the target date, which is only a mere five years into the future.

Below are the 12 NKEA sectors as listed by Pemandu

In this, the two men are a study in contrasts. Tun’s style is to use simple words. Take for example, the title of his 20 July 2009 article which is ‘Kaki dalam kasut‘.

It does make you wonder. In their battle royale, which is more convincing – Tun’s earthiness in delivering the message or Najib’s sophistication because we’ve evolved to live in an environment that requires composite words to explain the increasingly complex world.

Pemandu has claimed that “since the launch of the ETP in 2010, a total of 1.8 million new jobs have been created with 1.5 million employment opportunities within the NKEA universe”.

What connection between job creation and existence of Pemandu NKEA steering committee?

Tun could likely be asking the following questions to help us make sense of Pemandu as he’s done to help explain the workings of 1MDB to the layman.

Is it justified for Pemandu to stake the claim that most of the jobs created since 2010 is owing to its ETP programme?

Say if Najib had not come to power and created Pemandu under his watch, would our country’s workforce – under the traditional direction of the five-year Malaysia Plans formulated by the EPU – have experienced a similar natural expansion in any case?

Tun has been asking probing questions about 1MDB. If only his queries can be answered satisfactorily, then I’m sure he’ll stop badgering Najib. Likewise with this Pemandu issue.

BELOW: What Pemandu calls “Exhibit 1.4” (they watched too much LA Law?)

The Statistics Department has collated the data on the Malaysian labour market participation rate among the working age population – see below.

Are Pemandu’s claims a little extravagant?

To recap, Pemandu-ETP claims that it is thanks to them that 1.8 million new jobs have been created.

Any purported correlation, nonetheless, appears to be very stretched. What quantifiable input has Pemandu furnished to the dozen sectors which it has conveniently designated as NKEA to assist them in adding value and widening opportunities? 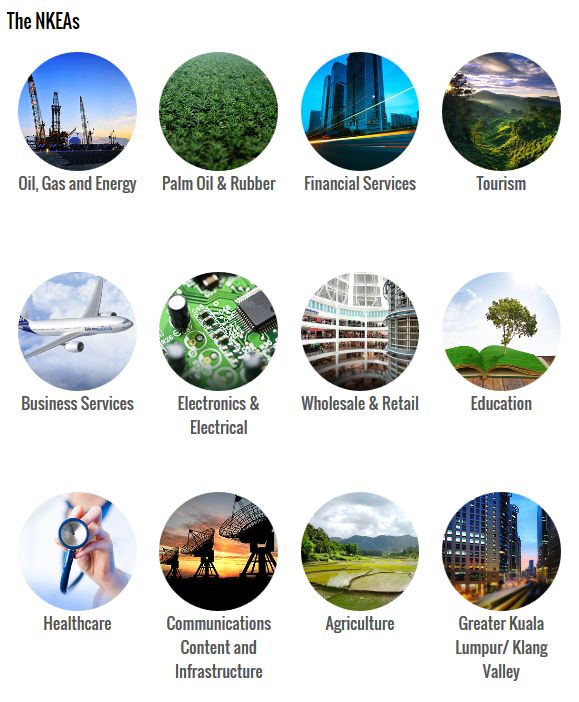 Last week’s teaser from Tun and more to come

And will Pemandu specify what category of jobs it specially created in the NKEAs? I’m asking only one simple question. Other ordinary folks have a few more questions on Pemandu. It looks like our curiosity is being piqued.

Tun who is always ahead of the curve must have examined the Pemandu annual report already. As it is, he wrote his article (parts of which I quoted above) a full week ago and preceding yesterday’s release of the report card.

He has probably carried out his own inimitable inspection of the Pemandu vehicle already and will be sharing with us more of the audit and his critical view on Pemandu’s role.

In other words, it’s more than reasonable to expect Tun to step up the tempo.

18 thoughts on “Uh-oh! Another cannonball in Tun’s arsenal”