Omerta refers to a code of silence and refusal to give information. And omerta was what the leading lights of the Chinese community had adopted with regard to the DAP evangelistas – until a couple of days ago, that is.

Aside from the Jerusubang sheeple, not many Chinese are really that dense as not to be able to see through Hippocrite Hannah’s tudung playacting. However they put up with the hypocritical shenanigans for so long as they supported the DAP’s bid for Putrajaya.

Underlying the decision to turn a blind eye is the belief that the ends justify the means. For the sake of the DAP grabbing federal power, discerning community leaders are nonetheless willing to put up with the evangelistas’ Chinese opera, which in this case employs the tudung costume.

But otherwise under normal circumstances, the Chinese are skeptical of non-Muslim women “wrapping” their head.

Recall the flak that Felixia Yeap and Alifah Ting got, and mind you, unlike Hippocrite Hannah, both young women are true Muslim (the former having recently converted while the latter was a mualaf at the time that the Dapsters attacked her like a pack of rabid hyenas).

@hannahyeoh You showed respect & tolerance. Haters gonna hate, stupid comments from lowlifes should be cast aside. You did right.

“Haters gonna hate” – Someone please give the evangelistas a mirror

Yesterday, the Dapster evangelistas came out in battalions to defend Hannah’s tudung charade as a mark of ‘respect’ for Islam and not the act of seeking political capital that it really is.

Their onslaught in the social media praising and justifying Hannah’s tudung apparel is akin to a similar insistence earlier when Bak Kut Teh ceased to be pork. That was when the Wet Threaders defended Alvin Tan’s invitation for Muslims to berbuka puasa with that famous … urm chicken or maybe mock meat or perhaps “organic vegetarian” BKT dish.

Well, a couple of days ago Lim Fang – who from the Chinese media (Sin Chew) – finally decided to call out Hannah for her tudung deceit and duplicity which is having negative repercussions on the Chinese community.

Lim’s rebuke of Hannah is a breakthrough and a turning point.

For the first time since 2008 and the DAP’s heady days in the government, segments of the Chinese feel disillusioned enough to the point of breaching omerta and voicing their criticism of the DAP’s previously Untouchables.

"@hanifhanif8: @RameshRaoAKS DAP ni Christian fanatic @Huan2U". Around 50% DAP MP / SA are Christian. Some are good , some are fanatics.

This one is bad. 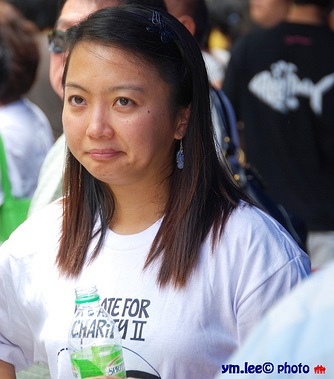 ABOVE: Hannah Yeoh loves to eat but she “ate for charity” (see her T-shirt slogan), i.e. for a good cause and not because she has such a hearty appetite, hahaha

Another heartening development is that Malay support for Hannah over the tudung flap is muted this time around. Pak Pandir PAS nampaknya dah insaf dah. They’ve had enough of being bullied by the DAP and its evangelista cyber terrorists. 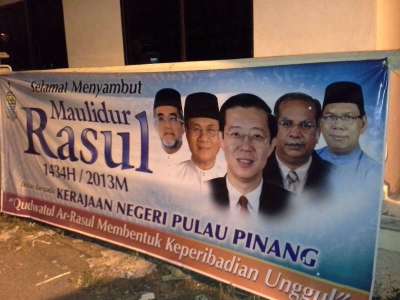 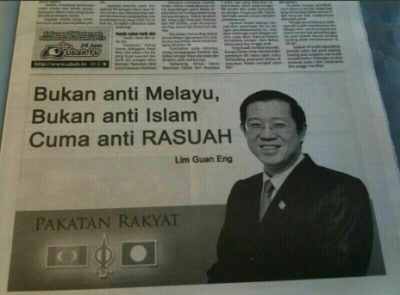 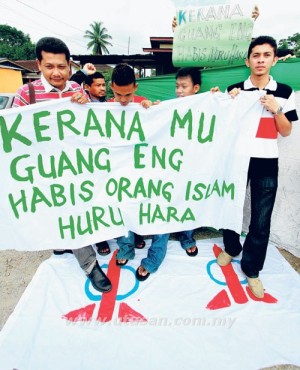 Datuk Huan: “Get rid of fanatics Christian in DAP, then Malaysia will be safe”

Both Lim Guan Eng and Hannah Yeoh have felt the need to openly declare that they’re not anti-Islam.

In truth, the DAP’s Politics of Hate has only benefited the Dapster family and instead been most detrimental to the ordinary Chinese. It’s high time the leaders of the Chinese community acknowledge that the DAP are a menace to us Chinese and our place under the Malaysian sun.

Because of the DAP, the BN government in Perak has 30 Malay Umno reps and only one MCA Chinese rep.

Because of the DAP too, the Selangor government could in the near future be all Malay as well – comprising independent Adun-potential MB Khalid Ibrahim, 12 Umno reps and 13-15 PAS reps and 2-3 PKR crossovers.

It’s past time for the duped Ah Pek and Ah Por to realise how self-destructive it is to be backing the DAP evangelistas to the hilt. 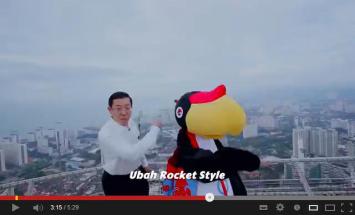 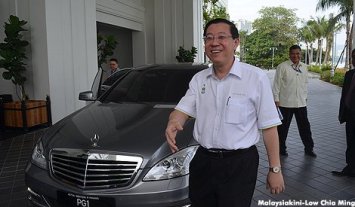 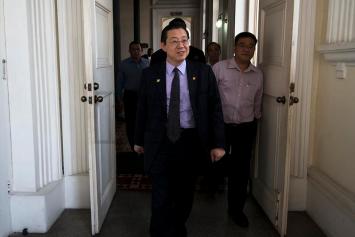 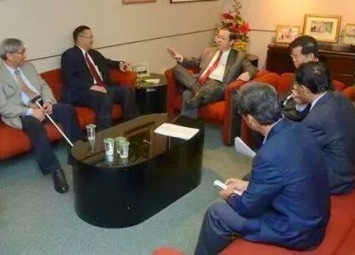 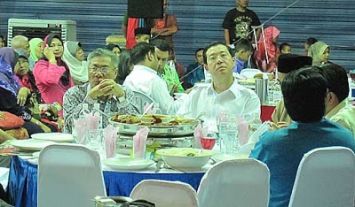 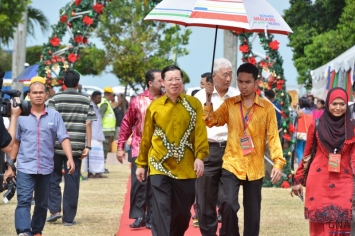 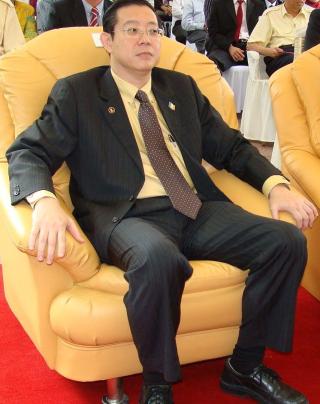 @dzainalabidin the dap are now very arrogant. What to do, they are fanatics christian. DAP will make chinese and malay quarrel. 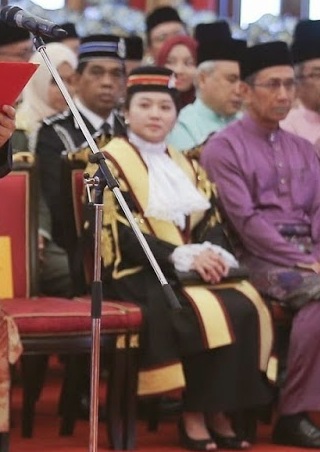 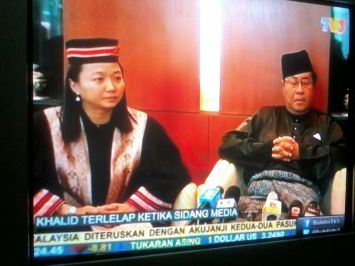 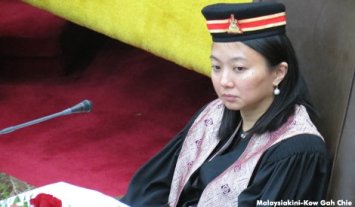 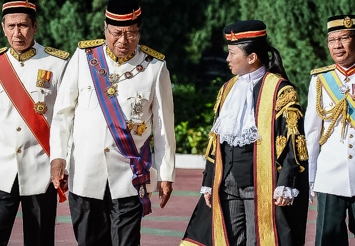 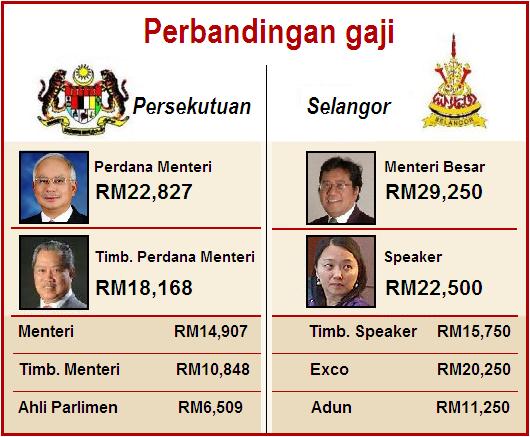 Back to basics for our very survival

We Chinese need to return to our roots.

The DAP’s triumphalist evangelical Christianity is setting us to collide with the resurgent Islamists. It will be a collision between the proverbial durian and timun. The saying is, Durian dengan mentimun, menggolek rosak, kena golek binasa.

No prizes for guessing if the Chinese are the durian or the timun in the event of a squash up.

@kuanderas @tankengliang @kychan72 DAP fanatics christian lah. If in China, they would hv sent to firing square long ago.

28 thoughts on “At last, omerta is broken”