He did not throw away the key after he had Lim Kit Siang locked up in 1987’s Ops Lalang.

Dr Mahathir repeated Tun Razak’s error of 1969 when Malaysia was under Emergency rule by the National Operations Council. Tun Razak, as the NOC chair, too forgot to throw away the key after detaining Kit Siang under ISA for instigating May 13.

If only Najib’s dad had thrown away the key, us younger generation Malaysians would have been spared Grandpapa Dapster’s sickening antics for the subsequent 46 years.

Instead Kit Siang, his son and their proteges have been left footloose to plague us over the last five decades (since May 1969). And Kit Siang did it again today.

His latest press statement is long-windedly titled ‘Although Najib has succeeded in frightening off Mahathir in not talking about 1MDB scandal, there are still enough patriotic and public-spirited Malaysians who still insist on their rights to demand proper accountability and not to be fobbed off by Najib’s delaying tactics’.

(1) I doubt that Tun was frightened off by Najib as Kit Siang is alleging. Tun is as close to untouchable as you can get. And he stands his ground.

(2) Even if Tun appears to be less vocal than before, the most straightforward explanation would be a tactical reason and not a matter of being scared away.

Quite simply, with Muhyiddin’s sudden sacking, there is just nobody else within the ranks of Umno that can now be offered up as a viable replacement for Najib. Hence given this development, Tun might have practically opted for a strategic retreat, and perhaps only temporarily.

(3) How to describe Kit Siang’s opportunist behaviour? It was just a few weeks ago that he was trying to make use of Tun by proposing the nonagenarian as head of an RCI to investigate 1MDB.

Kit Siang also suggested for Tun, alongside Tun Abdullah Badawi and Tun Musa Hitam, to form a triumvirate to run a caretaker government after forcing Najib to step down.

It wasn’t too long ago either that Kit Siang mooted a ‘Save Malaysia’ pact along with Tun’s participation that was to bring pressure to bear upon Najib to resign.

Yet today, just as quickly as Kit Siang had flipped over from being Tun’s lifelong nemesis to becoming Tun’s overnight cheerleader, he flipped back – without even breaking a stride – to mock that “Najib has succeeded in frightening off Mahathir in not talking about 1MDB scandal”.

It beats me how the Dapsters can hero worship the Grandpapa. The perception gap between the Chinese and the Malay in the field of politics is a mile wide.

This anomaly can be discerned in the polar opposite ways in which the Chinese and the Malays view Zaid Ibrahim. The Chinese see him as saviour and PM material. The Malays are not impressed. Given Zaid’s track record, the Malay appraisal is closer to the mark.

Someone like Kit Siang who is a hero to the Dapster is the man with egg on his face to the rest of us who are level-headed. There’s no doubt that the Dapsters are living on another planet. 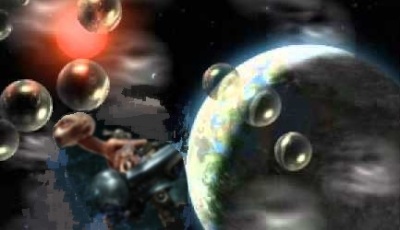