For those who missed the programme on TV just now, below is the recorded version on the Net. – 11.35pm

Aiyoyo, the BN “strategic communications” needs to be improved! This important programme to air shortly has hardly been publicized.

Methinks even Ubah TV got a better publicity machine. 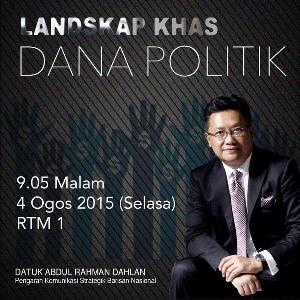