“You will be surprised at how angry ordinary Malaysians are because nothing is being done to get us out of this crisis,” said Bersih 2.0 chairman Maria CHIN Abdullah.

Kim is angered by South Korea’s propaganda being blasted presently at citizens of the communist North. That’s why he has just declared war. See breaking news ‘North Korea: Live updates as Kim Jong-un issues threat of war against South Korea’ in the Mirror.

Can anger translate into numbers at Bersih 4? http://t.co/C9t5nLtDZw

CNN confirms that Pyongyong is on war footing and appears prepared to strike after an earlier exchange of fire. South Korea has already evacuated its demilitarized zone (DMZ) at the border.

Bersih and the DAP are inciting Malaysians to anger and instigating hatred. 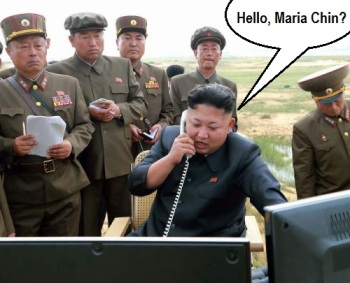 The Dear Leader likes looking at things close up

He can see that Bersih is shepherding angry people into the streets through their hateful propaganda. 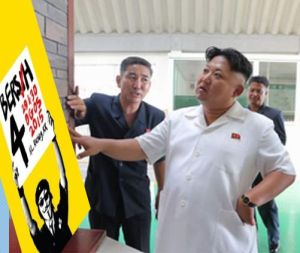 The Dear Leader also likes looking at things from a distance

Even from afar he can see that angry people will be difficult to control and spell trouble. 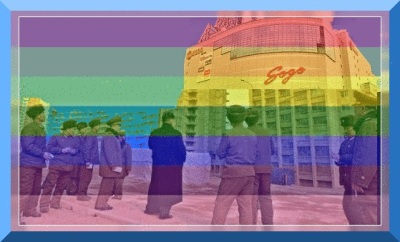 The Dear Leader is beloved and respected by the adoring masses

The Korean people will take up arms to fight his cause because they believe Kim loves-loves-loves them as much as they have been taught to love him.

Dear Leaders everywhere in the world love waving to the crowd

They have brainwashed their followers with 24/7 indoctrination through propaganda organs like the J- and K-Star.

The K-Star is a Nest of Communistas. The J-Star is full of evangelistas. Their methods are almost identical.

But he’s threatening war all the same. 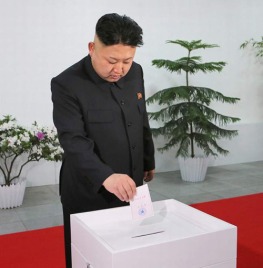 As for war, ditto.