Turnout is likely going to be very high despite that the police have declared the rally illegal.

It will be the DAP-MCA racial unity show proudly on display.

Chinese opposition supporters are filled with hubris and unable to read the Malay mood. Not that they’d ever had the capacity for any deep insight to begin with.

They’re obviously too bodoh sombong to try and understand the Malay psyche. Their Chinese superiority complex explains why DAP had chosen to bully PAS after initially hoodwinking the Islamists.

This contempt for the Malays and their religion also explains why MCA uploaded the cartoon deriding PAS – see below – that appeared on the party website home page on Wednesday.

In his related press statement, MCA Religious Harmony Bureau chairman Ti Lian Ker criticized the PAS ba’iah which he deems as revealing of “how PAS demands blind and dogged loyalty”.

There is really no occasion for Ti to poke his nose into PAS’s internal party affair. It’d have been more beneficial if he had instead directed his criticism at how the Dapster family mafia has been terrorizing people who get in the way of the DAP juggernaut.

Ti likened PAS to “a retributive party akin to the terrorist group ISIL” over the PAS ulamas’ response to the DAP-backed New Hope. According to Ti, PAS’s treatment of its renegade YBs is like ISIL’s butchering of “its own disillusioned followers who desire to desert”.

How easy it is for MCA to allude to Malay Muslims as “Talibans” but at the same time closing an eye to the extremism of the evangelical Christians. 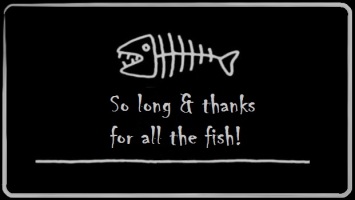 This Chinese triumphalism rearing its dragon head has come about from the insularity imposed by the DAP brand of fascism and the chauvinist party’s stranglehold on information flow. DAP’s militant cadres only allow the brainwashed Chinese masses to hear what the DAP fascist leaders want the community to hear.

Thus they’re portraying the Bersih 4 rally as showing one’s “love for Malaysia” – see tweet below from Guan Eng’s Twitter account. You can’t get more Orwellian than that.

The cold ‘war’ that they’re perpetrating against Malaysia must also be interpreted then as some kind of DAP ‘peace’ … right, like ‘War is Peace’ in Orwell’s 1984 and DAP’s 2015.

Alarm bells should have sounded when 90 percent of the Chinese electorate turned against the ruling party. But few Chinese read the writing on the wall because saner heads did not prevail.

Furthermore, the Nest of Evangelistas colluded and is still conspiring and complicit with the Chinese opposition. The MCA J-Star‘s media darling is Hannah Yeoh.

Hannah gloated by uploading a Bersih global map as her Twitter strap – see above.

She also baited the Prime Minister and his Cabinet. It is perfectly in her Born Again character to do this. Always baiting others as “racist” and “extremist”, and sneering at others as “wicked” and “low class”.

Hannah’s mentor Kit Siang is one who never will learn and we can only expect the same of his protege.

Today Lim Sr issued an ultimatum to Communications Minister Salleh Said Keruak that there should not be any jamming of phone signals during the Bersih rally.

Kit Siang even goaded Salleh to “ensure that the telcos expand their capacity by at least 20-fold in anticipation of at least half-a-million people with cell phones for the Bersih 4 rally”.

The arrogance of this DAP don.

And this is the First Family of Grandpapa, Papa and Mama Dapster that has the Chinese community in thrall and ushering them to their Saturday date with destiny.

The overbearing Chinese spilling into the streets this weekend will assuredly behave in the same insufferable manner that an older generation of Chinese had behaved in a certain month of a particular yesteryear.

They truly have no idea how in-your-face their behaviour is. And they’ve no inkling either at how little patience there is left for their bad attitude.

I’m sure that the Special Branch and military intelligence have made a realistic appraisal of the planned Bersih rally. They got the huge size of the Hindraf rally correct which even Uthaya and Waytha themselves hadn’t anticipated or suspected.

But of course the Dapsters will not believe nor heed any warning about their excessive show of Chinese force, or be willing to to curb their exuberance.

It’s a little over 12 hours before my poll is slated to close but you can preview the result thus far. A total of 1,067 votes have been logged and 80.2 percent of the respondents believe that Bersih 4.0 will not be peaceful.

This is the Malay view.