SITI HASMAH SHOWS HER CLASS: 'It does not matter if Bersih, PKR or PAS, we are Malaysians' http://t.co/U1DJQiOGRq

“We are Malaysians. ” Biasa lah.

Hannah Bananas and even Siti Hasmahs fail to see that out of every ten persons in the Bersih 4.0 crowd, eight or nine of them are Chinese. They see “ONLY Malaysians”, konon. 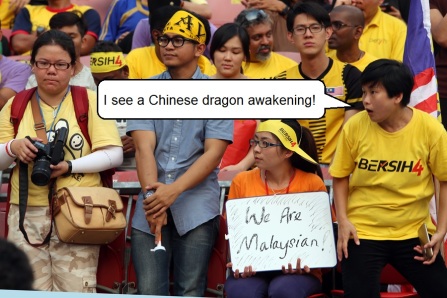 4. Tun Mahathir and Zaid Ibrahim … They both bought their blue checked baju from the same shop in Argentina.

This Bersih is a gathering of the middle class. 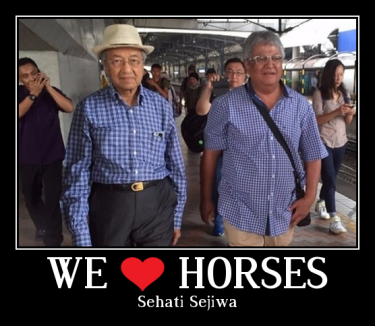 3. Yellow is not a flattering colour on some women.

Look at Hannah Yeoh and you can see why.

2. Ambiga and Anwar … through thick and thin

Together, side by side. 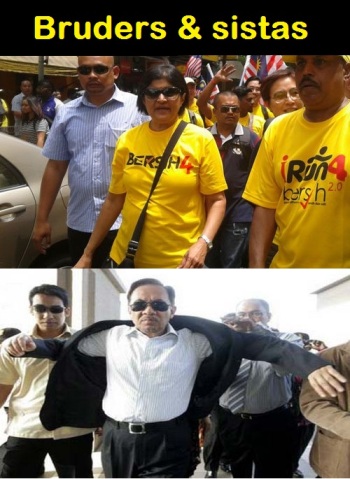 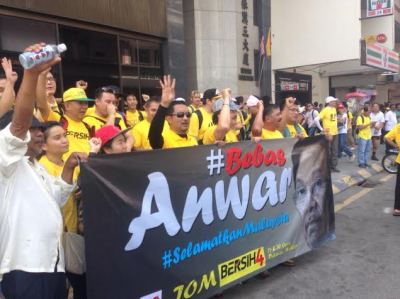 Each meal I have, I think of Anwar Ibrahim's meals in prison and my eyes well up with tears 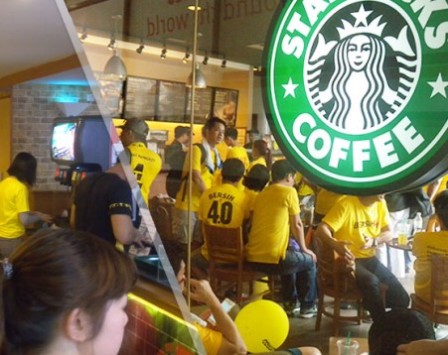 BELOW: Six-year Twitter timeline showing @hannahyeoh’s 24/7 craving for this food and that food. The few hours at Bersih must have been torment for a foodie like her … or then again maybe not – if she was lucky enough to be near a Starbucks.