This approximately eight-year period saw such a great change as to inverse the equation.

What happened? How did it happen?

It’s a reverse takeover, that’s what.

BELOW: A past Perkasa demo

We saw it happen in Nigeria. See the red line in the graph above – that’s the takeover.

At the time of the country’s independence, only slightly more than one-fifth (21.4%) of the Nigerian population was Christian. Back then in 1953, the Muslims were 45.3 percent – more than double the number of Christians.

Today Christians have become the absolute majority of the Nigerian population at 50.5 percent, according to recent estimates.

In just a little over five decades, Muslims – who were the majority in Nigeria at Independence – have been overtaken by the slick, proselytizing evangelical Christians.

BELOW: The DAP evangelista’s ubah … the lean, mean Hannah Yeoh at the start of her career as YB and the power-hungry satiated Hannah after becoming Madame Speaker 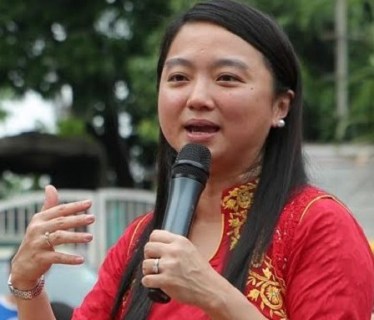 Contrast the great UBAH in Hannah Yeoh’s appearance … her 24/7 craving for food is akin to her craving for power and its perks – position, privilege and Prada.

MCA simply got gobbled by the greedies

We have had 13 general elections so far.

The fortunes of MCA and DAP are like a Zero-Sum-Game wheel. When MCA is up, DAP is down and vice versa – see comparison table below.

The difference between MCA and DAP is that the former is not ruthless enough while the latter is utterly vicious.

When MCA was on top of the wheel and DAP at the bottom – like in 1995 – MCA never tried to completely demolish the DAP. However, when it is DAP is on the apex and MCA at its nadir as now, the Chinese BN party is being mercilessly destroyed by the evangelical party.

Below is the MCA. Do you hear the Taoists-Buddhists ever utter a squeak?

Leadership of the DAP is dominated by evangelical Christians.

The 2008 tidal wave swept in DAP evangelistas such as Tony Pua, Hannah Yeoh, Teo Nie Ching while the 2013 tsunami washed ashore evangelistas Ong Kian Ming, Yeo Bee Yin, Rajiv Rishyakaran and many others, including the party’s YBs from Sabah and Sarawak.

Papa Dapster Lim Guan Eng is a chameleon and he can take on whatever religious shape that is expedient. In this video recorded in Sibu, Sarawak, he sounds like a Born Again Christian giving witness.

It is the influence of the evangelistas that accounts for the manifold increase of Chinese participation in Bersih. 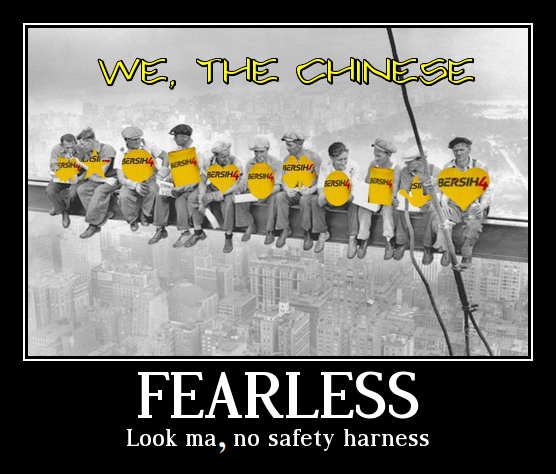 During the 2007 edition of the yellow rally, the DAP in its UBAH-ed evangelical form had not yet attained power. They only became YBs after the game-changing GE12 of 2008.

Recently when the Yellow Shirts again took to the streets, the DAP evangelistas have already for several years been manipulating the levers of power and the resources that come with power. Subang, for one, has been successfully taken for Jesus. So has KL.

It is the evangelista superb organizational skills and ideological push by the Church that quintupled the Chinese presence for Bersih 2015 in comparison with Bersih 2007.

BELOW: Hannah addressing the Subang Rally which brought together school and college kids

ABOVE: Led by the pastor, children at the Subang Rally said a prayer for Hannah Yeoh

The rise and spread of the Christian youth fellowship and the expanse of its reach among the Chinese is a frightening phenomenon and what has been freaking out Beijing and China state governments in those provinces where there is a significant number of Chinese Christians and fast growing.

Over here, the Dapster family have got running their Sekolah Demokrasi DAP, which recalls shades of Chairman Mao, his communist cadres and their Little Red Book ideology.

Chinese youth have been most efficiently indoctrinated by the DAP brainwashing machine. The behaviour of young Chinese today is a reflection of the DAP.

They are the problematic Christians like J-Star reporter Nicholas Cheng who is a real ACTOR – seriously, read his biodata.

The double-faced evangelistas are good at acting and pretending.

The young reporter-actor Nicholas Cheng was nearly beaten by the Taman Medan Malay residents when he went there to cover the story about the removal of an illegal church cross.

He had been confrontational and asked provocative questions like “Who gives you the right to claim this land as Muslim land?”

This is MCA (top)

They are the past.

The party comprises Chinese who signed up as members when Tan Cheng Lock was president.

They are the future.

A number of DAP Yang Berhormats are very young. 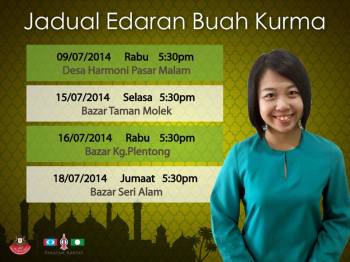 Even the DAP election strategist Liew Chin Tong, who is MP for Kluang – above – looks extremely youthful as do his fellow MPs Chong Chieng Jen (Kuching), Oscar Ling (Sibu) and several others only in their early and mid-30s.

They use positions like Speaker – below, Hannah Yeoh speaking to the Subang Jaya youngsters – to elevate their profile and this is helped immensely by the MCA Gunting-dalam-Lipatan media.

We’ve never see the J-Star promote other Speakers, for example Salleh Said Keruak when he was Sabah Speaker.

ABOVE: The evangelistas can tell you that black is white, and yellow is red

The Christians, incorporating the natives in Sabah and Sarawak, are “only nine percent” but they’re so aggressive.

The DAP made a sweeping success of Bersih 4.0. And now the Red Shirts want to exact reprisal.

MCA Religious Harmony Bureau chairman tried to explain the role of the oligarchic DAP that has got the ordinary Chinese in a self-destructive stranglehold.

Ti said DAP is to blame for Malay anger. It would have been more accurate if he had said that it is the DAP freaky evangelistas’ fault.

MCA: DAP to blame for Malay anger, not Chinese https://t.co/jcgbEnhlp0

Chinese kick MCA into the drain like a mangy dog

Is Ti Lian Ker’s correct view getting any traction among the Chinese who are rapidly becoming rabid Jerusubangites?

His opinion appeared a few days in Malaysiakini and excerpted below are some of the angry subscriber comments in response. The portal’s readers called him, among other things:

The above are five examples from just the first page alone of Malaysiakini reader feedback. I didn’t have the stomach to go through the rest of the 99 comments subsequent, which only would be more of the same.

MCA’s Datuk Ti is speaking the truth but it is quite impossible to get through to the Dapsters – one example below, and the kind of thing (impersonate, masquerade) that they do without batting an eyelid.

The imposter created a fake Twitter account under the name Tan Keng Liang @tankenglaing while using a real profile pix of the Gerakan Youth chief whose Twitter handle is @tankengliang. Note the transposed spelling of ‘liang’ and laing’.

Aside from politicians, these oppo operatives have even impersonated artistes, academics and athletes (Pandelela Rinong – see below) in the social media.

These Bintang Lima incarnate have no conscience whatsoever when they kenakan orang. They do unspeakable things that decent minds could never even fathom.

Datuk Huan Cheng Guan is a former Gerakan vice president and ex-MP and he exposes them in his tweets below.

Umno must do something because the bullied BN supporters are feeling more and more besieged by the day.

And MCA must get out of the way.

4 thoughts on “Secret to keeping our country safe”