Sept 16 red rally – remember never to believe another PM from UMNO who sells you another slogan like 1Malaysia. What broad daylight robbery!

DAP Socialist Youth Perak said after the success of Bersih – where hordes of Yellow Shirts fearlessly took to the streets – Umno and MCA can no longer use the May 13 bogeyman “to scare and bully Malaysians into submission and silence”.

DAPsy Perak said “the people are now immune and inoculated from the fears of the past” and the spectre of May 13 is no more an effective instrument of fear.

DAPsy Perak chief Howard Lee Chuan How said the upcoming Red Shirts rally to counter Bersih is only Umno’s way of unleashing another ‘fear factor’ in order to “reinstill fear and animosity between the races as without it, Umno and MCA would no longer have any reasons to exist”.

Lee said after each successive Bersih rally, the brave Malaysians have become more united. “The more united Malaysians become and the less divided we are, the more irrelevant Umno, MIC and MCA becomes.”

Howard Lee said it is “senseless and shameless” that MCA is blaming DAP for provoking Malay anger that has prompted the gathering planned to take place in two days’ time (Sept 16) at Padang Merbok, KL.

Howard Lee, who is also DAP Adun for Pasir Pinji, says MCA’s concern over the Red Shirts rally is “fear mongering”. He believes the racial hatred projected by the rally organizers do not reflect the views of the DAP’s “Malay brothers and sisters”.

Lee also says it is “nonsensical” of MCA to fault DAP for sowing the seeds of hate that catalyzed the anti-Bersih backlash.

Making DAP the scapegoat is an “idiotic blame game” played by MCA, Lee alleges, meant to deflect from the Chinese party’s own failure in persuading Umno to condemn the rally.

He believes the “spineless and racially exclusive party” will be punished for this in the next election by the voters.

every threat of May 13 must be met with a greater March 8. Malaysians today are sensible, peace loving and demanding of good governance.

need 2 scrutinise syllabus taught in public schools. another BTN version may be fed to students to further divide Msians

DAP is not “divisive”, MCA and Umno are

Unlike the mono-racial Chinese MCA, Howard Lee adds, the multiracial DAP does not go around telling the Chinese community that only it can protect the Chinese from Umno and the Malays.

DAP, on the other hand claims Lee, has been defending “the rights of all Malaysians, regardless of race, religion, gender or background”.

DAPsy Perak:”Sept 16 not a day to fear anyone”

Howard Lee urged the public to believe that Malaysia Day Sept 16 “is not a day to fear anyone or anything”. Instead, “it is a day for us to rejoice that we are a plural, colourful and vibrant people who remain resilient despite negative powers at play”.

“On this Sept 16, fear not of the hatred and discord sowed by Umno, MIC and MCA and their divisive race-based politics; fear not of those who are gathering on Sept 16 as the good and the righteous will always prevail,” he concluded. 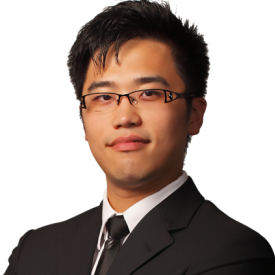 Who is Howard Lee?

Like Hannah Yeoh, Howard Lee (pix above) is the new breed of DAP young Christians.

His father is Lee Chee Seng, the man in the photo below, standing on the right pictured with DAP evangelical warlord David Nga Kor Ming (left).

Lee Sr – Howard’s dad – was in the news not too long ago over the case of the bullying of elderly teacher Simon Thong – in white stripe collared T-shirt below.

The assault on Uncle Simon in Taman Kaya, Ipoh was caught on film. Lee Chee Seng is the man in the photo below – circled.

The photos below taken from inside Uncle Simon’s car when he was being bullied by the DAP people.

Some DAP members are bullies and some DAP leaders are super bullies.

That’s why today the Yellow Shirts have become so fearless. They’re following the leadership by example. 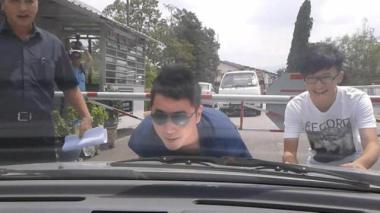 Secret to keeping our country safe