Seasoned diplomat Bilahari Kausikan is policy advisor to the Singapore Ministry of Foreign Affairs. Delusional Dapsters prove the roving ambassador’s point with a vengeance by giving His Excellency the RBA full treatment.

Now Singapore’s ambassador-at-large can safely (secure in the knowledge that he’s absolutely correct in his appraisal) and confidently advise his government that Malaysian Chinese are a train wreck waiting to happen.

To help Mr Kausikan with some local input, here’s first confirming what he already knows, i.e. the demented behaviour of DAP’s delusional followers takes its cue from the party’s evangelical leadership.

BELOW: Fruity Dapsters do not fall far from the @hannahyeoh tree 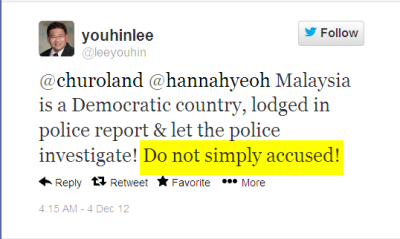 Dictum not understood by DAP: “Do not simply accuse!”

(See tweets) Hannah Yeoh reminded by MCA Kelana Jaya youth chief Lee You Hin as well as by MCA exco Ti Lian Ker that she should not be simply making false allegations.

You Ought To Know About DAP & Their Dapsters

The last time Dapsters were this berserk was at Alifah Ting Abdullah.

Alifah, who was then just finishing college, became the object of Dapster ire after announcing that she is an Isma activist and advising the Chinese minority who cannot fit into Malaysian society to return to China.

Although the Dapsters like to thump their hollow chest that they’re beyond creed and colour, nonetheless their reaction to Alifah’s conversion to Islam was nothing short of thermonuclear.

And lead by example.

The ambassador is recklessly accused – without any shred of evidence – of being bankrolled by Umno’s Cash is King or by Arab oil money – see below.

#Fact – DAP supporters are champions of fitnah; they lie too much and all the time

Dapsters can cook up the most outrageous stories and spread the vile lies they fabricate without batting an eyelid. 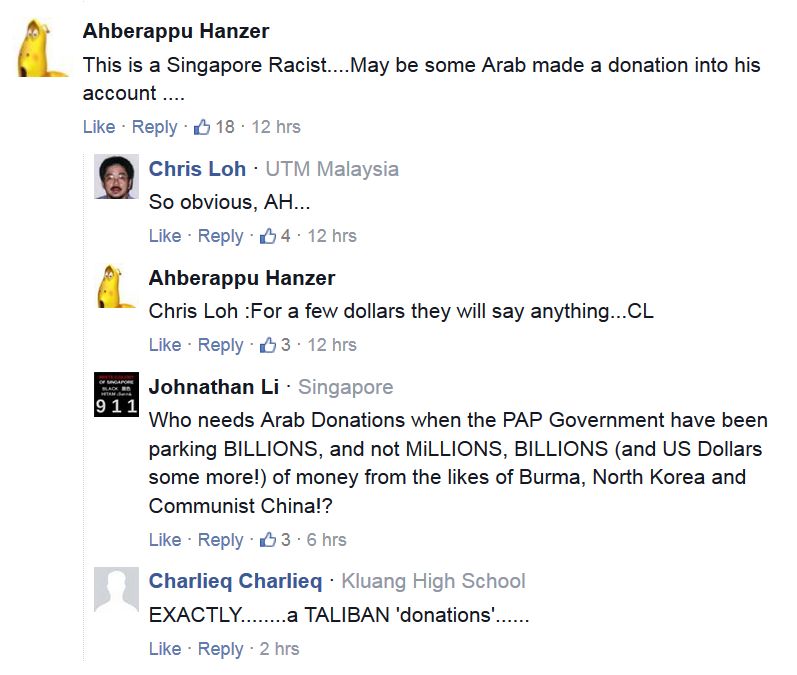 2. DAP’s leadership by example through crudity and brutality

Readers of this blog are aware how often Hannah Yeoh and her party colleagues have labelled as “low class” their political opponents and other people who get into the DAP’s cross hairs.

Dapsters can’t get away from the cursing habit taught them by DAP leaders and hence their knee-jerk reactions below straight from the Ubah playbook. Spewing expletives and name-calling are the ‘weapons’ of choice in the DAP argumentative arsenal.

#Fact – DAP Firsters are the most foul-mouthed Malaysians … by far

Dapsters like to call others “dogs”, “garbage/rubbish/trash” and “stupid/dumb/moron/retard” – see screenshot above of the insults hurled at ambassador Kausikan.

Dapsters also like to mock their enemies, “Sit doggy sit”, “good dog” (sarcasm), “woof woof”, “Wag your tail”, “Roll over” and “Now eat the crumbs from your master’s table”.

3. DAP breeds the most hypocritical (and delusional) cult following

The DAP and its supporters shout ‘multiculturalism’ and ‘diversity’ from the rooftops but this is merely lip service.

Look at the cynical comment below on Mr Kausikan’s ethnicity vis-a-vis his high-ranking position in the diplomatic corps. 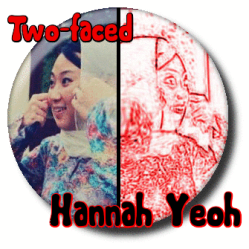 Verbal attacks on Mr Kausikan have come from the Chinese.

Encouraging words and agreement with his views are from Malays.

Vile insults hurled at the ambassador by fake IDs misusing Islamic names have come from RBA masquerading as Muslims.

5. DAP is the deity of Double Standards

When China’s ambassador to Malaysia went to the ground in Chinatown, the Dapsters said nothing about unwanted and unwarranted interference by a foreign power.

When an ex-Permanent Secretary of the Foreign Ministry pens a commentary in his country’s own newspaper explaining Singapore’s concern over developments in her neighbour, the Dapsters allege that he is meddling in Malaysian matters.

#Fact – DAP don’t only have double standards, their standards spin like a revolving door, e.g. when Tun says anything to the party’s advantage, he’s their hero but the moment he reverts to type, he’s zero

BELOW: Attributing ulterior motives to the ambassador without providing any basis for the accusation … typical DAP modus operandi

Note: All the Facebook comments screen captured above are via the FMT article ‘LKS slams ambassador’.

Key takeaway for the Singapore envoy

The inherent nature of Malays is to bersangka baik.

But trust between the communities has been eroded due to the DAP’s sneakiness and refusal to observe any boundaries or defer to any inhibitions.

The evangelistas are determined to win at all cost and will let nothing – not ethics, not fair play nor moral obligation to act more responsibly – get in the way of their grab for power.

DAP has destroyed racial and religious goodwill in Malaysia. They lie to their followers, they lied to their erstwhile coalition partners and they delude even themselves. 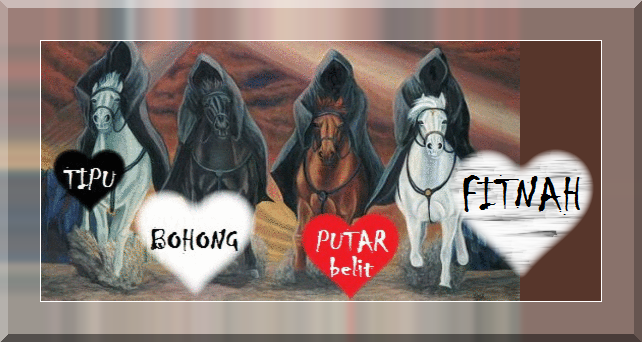 Some/many among the DAP’s delusional supporters can no longer distinguish truth from falsehood, and reason from illogic.

In a Facebook entry yesterday, Bilahari Kausikan cautions that the DAP political leader who deceives his followers into chasing an impossible dream is leading them into disaster.

He further warns that a “species of disaster … may befall Malaysia on its present trajectory”. His dark foreboding is well founded.

DAP and its mob are not only a danger to the country, they’re a menace to Malaysia’s neighbours as well.