Swindlers make a living from scamming sheeple. Like the City Harvest church pastors and their gullible flock.

One convicted fraudster is Bernie Madoff of hedge fund fame who is currently serving a 150-year jail sentence. He “ran his multibillion-dollar firm as a grand-scale Ponzi scheme“. 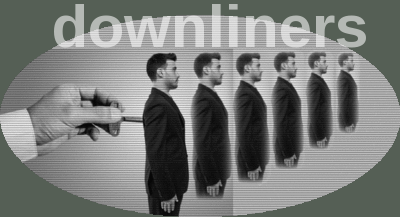 Pyramid schemes: How to get your first Prada

Big Chief scammer sits atop the pyramid. Followers below him are called his ‘downline’. They then recruit multi tiers of ‘distributors’ who will proceed to sell the firm’s shoddy or snake oil products.

Such direct-selling schemes depend on recruiting more and more true believers as their company salesmen.

BELOW: Meek and mild Lambs of God

“The promoters at the top of the pyramid make their money by having people join the scheme,” according to a definition of the pyramid project as “very risky ‘get-rich-quick’ schemes” – see write-up on ‘Pyramid schemes‘ in Scamwatch.

The base of the pyramid do the heavy lifting while the nimble leaders at the apex rake it in. So now you can see why persons (or politicians) with the gift of the gab are so keen on recruiting.

Politicians building an adversarial army of downliners are similarly engaging in very risky behaviour which may lead to dire consequences.

Register as a voter this Saturday. Please help to retweet. pic.twitter.com/PsjOYMDrMu

“Despite hard facts that show it is impossible to make money with MLMs unless you’re on the top, people continue to buy into these schemes all over the world,” wrote Gordon Gora in ‘10 Shocking Facts About Multilevel Marketing Schemes‘ – see Listverse (26 Nov 2015).

Likewise the pool of parishioners buying into the DAP.

In the business of manufacturing magic pills

“MLMs are no more than glorified pyramid schemes,” wrote Gordan Gora, saying that the marketers “will target virtually anyone whom they can trick”.

MLMs often peddle ‘miracle cures’ touted as healing/nutritious products in the forms of essential oils, pills, shakes, etc, Gora revealed. “Others are sold as weight loss or vitamin supplements when they are little more than water.”

Or better yet, Holy Water.

In both pyramid schemes and MLM, the hucksters on top get rich from the blood, sweat and tears of the people at the bottom.

It is inexperienced youths and other vulnerable groups lacking critical thinking who are usually tricked into buy impossible dreams.

An example of a ‘magic pill’ product is the DAP’s Anak Bangsa Malaysia.

The Gospel of Prosperity in action

One MLM that got into trouble with American authorities was Veema which marketed “health and wellness” drinks. The direct sales company recruited college students by luring them with promises of achieving the good life in double quick time.

The DAP has now become the preferred choice of crafty carpetbaggers. Malaysian youths see the visible success of some of the DAP’s social media superstars and think they can climb aboard the fast-track bandwagon too.

Politics of Hate as a business model

Like the pyramid scheme, MLMs depend on a constant stream of new distributors. Writing in Listverse, Gordan Gora likens these companies to religious cults that “use psychologically manipulative techniques to get new members”.

An example recounted by Gora about an MLM distributor being coerced to buy ‘training tapes’ reminds us of how the City Harvest church congregation were forced to buy the singing pastor’s music CDs.

In the realm of politics, we see how the cult-like DAP manipulated Teoh Beng Hock’s death by invoking extreme emotions. But when it suits the evangelical party – like over the 1MDB investigation – then the MACC can overnight turn into the DAP’s Best Friend Forever with TBH and his tragedy quite forgotten.

Cults – of whatever persuasion – work by estranging their brainwashed members from family and friends. In DAP politics, the Bush-ism ‘either you’re with us or you’re the enemy’ has created a Sembahyang-Dua-Imam situation among the zombiefied Chinese today.

But as with bubbles, delusions will burst when pricked by reality or realpolitik.

Robert Fitzpatrick is author of the book False Profits: Seeking Financial and Spiritual Deliverance in Multi-Level Marketing and Pyramid Schemes. Fitzpatrick observes how the marketers “can get sucked into the euphoria of what he calls ‘delusional behavior’.”

An interesting element in the sales bubble is the World of Amway which has various MLM subsidiaries registered under different names.

The DeVos family is the primary shareholder of Amway. This Christian conservative clan mixes business with politics by bankrolling Republican candidates.

“Since 1970, DeVos family members have invested at least $200 million in a host of right-wing causes—think tanks, media outlets, political committees, evangelical outfits, and a string of advocacy groups,” according to a Mother Jones article in the political magazine’s Jan-Feb 2004 issue.

Before her entry into the political arena, Hannah Yeoh’s job was as an Event Manager. This is not surprising seeing as how the DAP evangelistas are superb at managing public perception and marketing themselves packaged in Holy Water bottle.

It’s par for the course to learn that Hannah’s ex-political secretary Edward Ling has been hired recently as a regional sales manager by Google.

Are the Dapster family altruistically pursuing and selling the Malaysian Dream – see Grandpapa’s tweet below – or are they slick shysters who will soon plunge their delusional supporters into a horrible nightmare?

My 6-mth suspension from Parliament most symbolic way to mark my 50 years in politics in pursuit of Malaysian Dream https://t.co/qVe520sIRN

31 thoughts on “Why DAP is like a direct selling company”