UiTM must give assurance it will not organize a third anti-Christianisation or anti any religion https://t.co/A4MY3h39Rl

Western governments say they’re not against Islam. It is Muslim terrorists that they’re against.

Nonetheless, there has been a backlash against Muslim minorities in the West. Donald Trump, accused of being an anti-Muslim fascist, is the front runner in the American presidential race among Republican challengers.

The far right in France, which is anti-Muslim immigration, recently won the popular vote in their country’s recent first-round regional elections.

Chancellor Angela Merkel, who has been positive about her country’s absorption of Muslim immigrants, has become unpopular with the German public.

The negative reaction to Muslim radicals is real.

Thus average, peaceful Muslims have had to publicly denounce ISIS, claiming that the militants do not portray the real Islam. Ordinary Muslim are distancing themselves from the terror group. 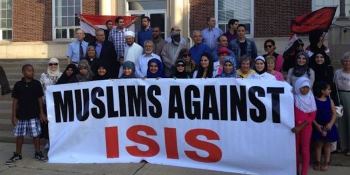 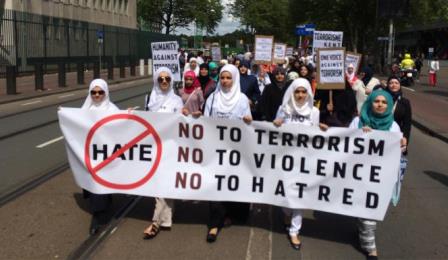 Likewise in Malaysia, the Islamic authorities and Muslim NGOs are not against Christianity. It is only the evangelistas preaching hate and extremism whom they’re against.

The Prime Minister has described the DAP as anti Malay and anti Islam. Najib Razak is correct on this score.

DAP’s evangelical leaders and their cheerleaders in the media often label Malays as “racists” and Muslims as “extremists” and “religious bigots”.

They’re preachers of hate. That is why there has been a reaction against them and one response took the form of the Red Rally on 16 Sept 2015 (left, picture of protestors).

Granted that there has been some backlash against the Christian minority here. This is due to the Dapster evangelistas causing the majority population to feel besieged.

The Malays believe they’re under seige because the Dapster evangelistas have been aggressively conducting a cyber terrorism campaign as well as knocking at our nation’s fundamental pillars.

Malaysia is a Muslim land but the DAP insists that we’re a secular country. Dapster evangelistas are extremist subversives who are destabilizing Malaysia and a threat to public order.

Lately the Christians have been fond of whinging that they’re oppressed and persecuted in Malaysia. They should appraise the root cause as to why the majority community is suspicious and wary of them.

Seekor kerbau membawa lumpur, seluruh isi kandang terpalit jua. It is unfortunate that the entire buffalo herd has to suffer the consequences.

@dzainalabidin the dap are now very arrogant. What to do, they are fanatics christian. DAP will make chinese and malay quarrel. 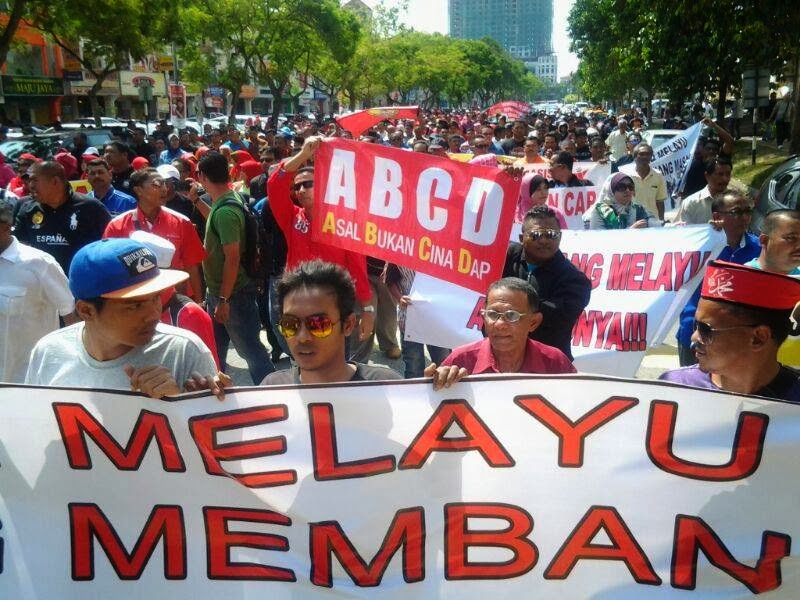 What the Christians must do

Ordinary Christians must be willing to disassociate themselves from the evangelical party that is sowing hate and creating disharmony.

They must publicly declare, “The DAP does not represent us. We do not condone its politics of hate.”

BELOW: Hannah the hate monger

@chelle_yesudas we call this a double-headed creature

Families who have been Christian for generations must let the rest of Malaysia know that born again evangelistas who control the DAP are not spreading the love teachings of Jesus Christ.

They must acknowledge that hypocritical preacher-politicians are promoting hate. Stop the ‘in denial’ syndrome at once and take your head out of the sand.

You can see why it is wrong for the opposition to characterize the current Malay unease with puak pelampau evangelis as “anti-Christianity”. Or to make malicious police reports against seminars in the universities exposing evangelization (proselytization) saying these knowledge programmes are “anti-Christian” – see FMT banner headline above.

Instead of attacking the ustaz, ustazah, Muslim religious scholars, lecturers and speakers at university forums, the Christians should instead repudiate the evangelistas. Do it now.

40 thoughts on “Just like Muslims have condemned ISIS, M’sian Christians must repudiate evangelistas”