Ahmad Maslan and Khairy Jamaluddin are two sides of the same coin. Both are braggart poseurs.

The main difference between them is that the former constantly puts his foot in mouth (latest stint under the spotlight, here) while the latter strives to be politically correct by swaying like lalang to public sentiment.

Umno is going to suffer in GE14 from having such self-referential cabinet ministers who are (a) so divorced from the ground, and (b) lacking in genuity and firm leadership. They just make the grassroots meluat.

BELOW: (a) Mr CPGA 3.85 circumambulated cucumber slices around the wok, now how real is that?

while (b) Mr Oxford Philosophy-Politics-and-Economics bachelor degree (one year’s worth of study in each discipline, eh?) is even smarter … pandai bodek 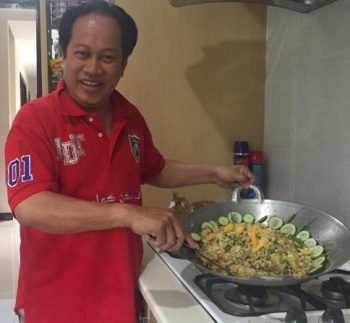 (b) Look at KJ’s face after his strenuous ampu exercise

KJ’s latest grabbing of the headlines is over the Israeli windsurfers visa controversy and choosing to go with the tide of popular Malay opinion.

DAP however failed stick to its guns after a backlash from the Malay public whom the party is desperately courting.

It is nonetheless Chong’s statement (not Lee’s) that is representative of how the voter base of the evangelical party, i.e. the Christian Zionists and the Chinese, truly feel about the Israel-Palestinian issue.

BELOW: MCA’s relationship with Umno

In politics, hypocrisy is the main job requirement

Chong is an ex-lecturer of the MCA university Utar.

Like I’ve been saying, MCA is incubating the next generation of DAP activists and politicians while nourishing the scissorati.

BELOW: Tip of the day on how to butter your boss

Up and coming divas must know how to ampu bodek the party No.1. in order for their political career to get a rocket boost.

@hannahyeoh shows how it’s done in her tweet (above) about spending hours listening to Chairman Kim share his precious thoughts. I hope Hannah remembered to bring her tablet along for taking notes. 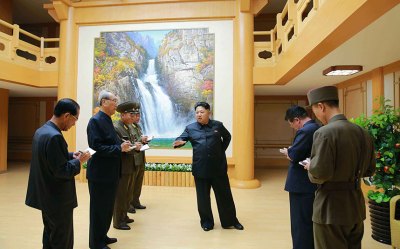 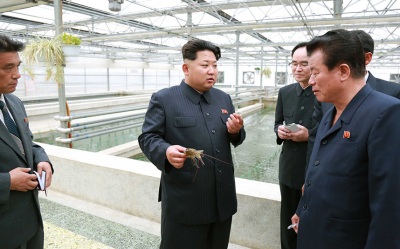 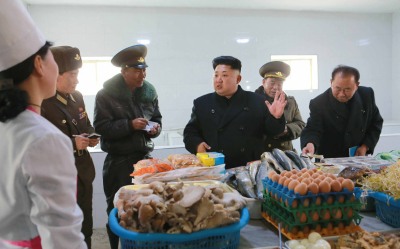 Buffet! Hannah Chinny-Chin-Chin would be thrilled