Among the reasons for Umno’s current unpopularity is that some of its leaders have become fat cats, and some of whom stick their paw (foot) in the mouth.

In the past, Umno-kucing-gebu left it to MCA-housecat to fight DAP-street-tomcat. Chinese party vs Chinese party, hiss and scratch.

BELOW: MCA has got the halfling syndrome

Ultimately it has to be DAP vs Umno, mano e mano

Nonetheless, over the past tidal wave/tsunamic decade, DAP has managed to rebrand itself as a Bangsa Malaysia party. Well to be fair, it has always been multiracial from Day One – with some Indians although very few Malays – but perceived otherwise.

In growing from strength (GE12) to strength (GE13), the evangelical party – note that DAP’s adoption of political Christianity is a fairly new phenomenon – has successfully slayed not only MCA and Gerakan but even Sarawak Chinese-dominated party SUPP as well.

By and large, Umno has not yet caught up with the reality of how strong the DAP has grown although now with MCA being a Walking Dead, Umno has to roll up its sleeves and fight its own battle against the opposition anchor party. 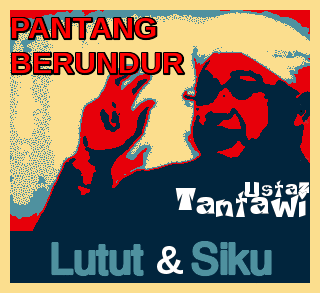 Unfortunately Umno has not done this, i.e. fight DAP, with any sort of focus or positive result.

Fortunately, ever since PAS’s perceptible softening towards Umno of late, it has been PAS which had taken up the cudgels … ranging from the “we can use knees and elbows” Ustaz Tantawi (PAS’s new info chief) to Zuhdi Marzuki (operations director, PAS research bureau).

The above development has been noticed by the opposition strategists and one of them, Muammar Qaddafi (obviously not the late Libyan dictator but a pseudonym), quickly moved into action through TMI … but where else?

The last line of Qaddafi’s paragraph above, i.e. “Cina DAP yang bertanding 51 kerusi Parlimen,” is a dead giveaway on the direction where the oppo sniper fire is coming from. The tired, formulaic deflection is dutifully trotted out to try and allay Malay fears.

I’ll see you in court, hah

Kudos! That’s the spirit (reminiscent of Isma vs Marina Mahathir).

Dr Zuhdi took the offensive by challenging the DAP on its relationship with Israel. His commentary on 29 Dec 2015 titled, ‘Apa hubungan DAP dan Israel?’ can be read in the PAS official party website.

Among the rumours circulating at one time is that the party’s RBA lieutenants were given psywar training by Israeli intel officers and it is this detail which Dr Zuhdi challenged the DAP to refute.

PAS has had seven years of up close and personal with DAP, an invaluable albeit acrimonious experience which Umno lacks.

Umno’s relationship with the Chinese has invariably been in the role of the abang sulung and generally amicable because MCA tends to defer to Big Brother, so much so that the Chinese BN party is mocked mercilessly by the DAP as “Umno’s running dog”.

Incidentally, were you aware that the Dapsters’ favourite “woof, woof” (wag your tail) taunt at the MCA – “dogs eat the crumbs that fall from their master’s table” – is actually a verse from the Bible?

Check out Matthew 15:27 … the evangelistas have trained their foot soldiers well. 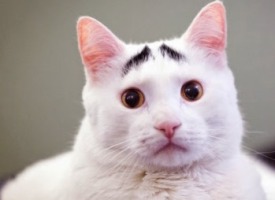 Umno has been like a cat chasing its own tail. Ineffectual and at a loss as to how to defend its territory.

In GE12, the perennial and reliable two-thirds majority was lost by the BN. In GE13, the popular vote was lost by BN for the first time since the 10 May 1969 general election.

What will happen by the time GE14 rolls around?

Thus the frantic calls for “perpaduan Melayu” is quite understandable.

PAS stabbed in the back by DAP

Umno is being stabbed in the back by the MCA but doing nothing about it.

PAS at least is not getting mad (at losing six MPs to the DAP-sponsored PAN) but getting even.

That the opposition is very worried about PAS and its future direction can be gleaned by the hatchet job carried out by the so-called ‘Muammar Qaddafi’-named writer and published yesterday in TMI.

The trouble with Umno is …

… that as the ruling party and it cannot be outright or outwardly hostile to the country’s minority races and religions.

At the very least, Umno still has to pay lip service to 1Malaysia. Hence Najib Razak continues to be seen diligently wearing the 1Malaysia pin on his lapel up till today … even after the tsunami and after Bersih 4.0.

Comparatively (between the Malay and the Muslim/Islamist party), it is PAS that has a clear idea of the extent of the existential threat posed by DAP. And it is PAS that’s taking remedial action whereas Umno is preoccupied with its president’s problems.

Now if only the two parties could do a ‘student’ (member) exchange and have Mat Maslan swapped for Dr Zuhdi – on loan until 2018 – so that Dr Zuhdi can be incorporated into the BN war council.

Umno simply has no idea how scissorati the DAP are because MCA so pandai bodek the taiko, leading Najib to believe that the majority of the Chinese have MCA-like traits — which is untrue (or no longer true now).

NST would say, ‘What more do the Chinese want?’

But the phrase admittedly carries more oomph coming from Utusan in bahasa Melayu.

Blogger Annie – in an emotional outburst on the morning after (6 May 2013) GE13 – had decried “the end of moderation” as well as “the death of the moderate ‘Johor way’.”

Annie even went so far as to say “the Chinese community had not only refused to accept the friendship of the moderate Malays, but they spit in their face”.

Annie has since explained that the rant (quoted above) was a merely spur of the moment reaction ala Utusan‘s “Apa lagi Cina mahu?”

Since Annie writes in English, it would be more accurate to express the consternation as ‘what more do the Chinese want’ ala New Straits Times (the other Umno-owned newspaper) editorial.

Umno should realise by now that the Chinese really, really want Putrajaya.

Nonetheless, in siding with Tun, Annie has distanced/disassociated from ‘The Gang’ of pro-gomen bloggers who believe in the war cry ‘Either you’re with us (of if not, like Tun, you’re inadvertently with them).

Anyhow, Annie has backpedaled on dia punya ‘End of Moderation’ pronouncement made on 6 May 2013. “Actually I have toned down quite a bit since I wrote that emotional post-election posting,” Annie explained.

Annie may have toned down against the Chinese-95 percent including “ultras” but lately has found new targets such as inexplicably (?!) my friend Norman Fernandez (dubbed bontot kuali by Annie), the war general/lieutenant Salleh Said Keruak (dubbed “shameless attack dog” by Annie), Lim Sian See (dubbed ‘Lim Spin Spin‘ by Annie) and in the last couple of days … lil’ ol’ me.

Birds of a feather stick together, and likewise the Protun and Projib flocks.

Like I’ve been saying, we (BN supporters) need to choose our sides. But unlike Annie, I wouldn’t go around with a rapid-fire machine gun aiming body shots at anybody who so much as coughs a negative opinion about the Handsome Old Man.

Stick to the arguments and offer counter arguments to make your case. I’ll rebut Annie properly later as I want to get this timely piece on my pet theory (about the UG) out first.

Not engage in character assassinate via – Annie’s latest – a proxy voice, i.e. The Hater who has been removed from the Rockybru blogroll by Rocky for the ‘sin’ of hating.

Annie’s knee-jerk string of attacks on the critics of Tun was so fiery that it even caught the attention of blog ‘mahaguru’ Rockybru who recently, on 13 Dec 2015, waded into the matter of the broken brotherhood (brother bloggers at arms) to try and cool temperatures.

In Rockybru under the title, ‘Annie, LSS, Jebat Must Die, Grandmarquis and other Anon Bloggers’, Annie’s “Blogging Captain Cool” (Melayu sebut ‘sempoi’) hinted a gentle reminder, Anonymous can say as many mean things as he wants … – see poster screenshot below.

But isn’t it more “dignified” to stay classy?