The latest attack by Muslim militants in the Burkina Faso capital city, killing at least 20 people, should come as no surprise.

Last night’s bombing and gun battle outside Splendid Hotel in Ouagadougou was almost inevitable given the Christian vs Muslim religious demography of Burkina Faso. 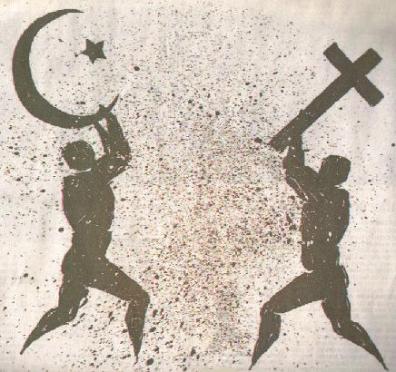 Claiming responsibility for the Ouagadougou attack, Al Qaeda in the Islamic Maghreb said it was a message “written by the heroes of Islam with their blood and body parts”.

The Al Qaeda statement was addressed to “the Cross-worshipers, the occupiers of our lands, the looters of our wealth and the abusers of our security”, according to the New York Times’ live coverage.

Christians and Muslims unable to be at peace

Sudan broke into two parts, and giving birth to a new country South Sudan, due to the genocidal warring between Christians and Muslims.

In the Central African Republic, the Christians form brutal militias against the majority Muslims. In the Democratic Republic of the Congo, there is a Muslim insurgency in this Christian-majority country.

There have also been Christian vs Muslim religious wars the past decade in Côte d’Ivoire, in Nigeria where the Boko Haram are fighting the Christians, and in Uganda where Christian rebels of the Lord’s Resistance Army are destabilizing the country’s northern region.

Burkina Faso has a 61.6 percent Muslim population. Its Christians are 22.5 percent while 15.4 percent are animists.

Comparatively, Malaysia has a 61.3 percent Muslim population, according to our 2010 national census. Chinese are 24.6 percent.

Burkina Faso is the country closest to Malaysia in the world in terms of percentage of Muslims in their respective populations – see green shaded table below.

Burkina Faso, Malaysia and Lebanon are the only three Muslim countries in the world belonging to the 60-64% band, i.e. where the populations are between 60 and 64 percent Muslim.

In Lebanon, there has been continuous civil war between the Christians and the Muslims. 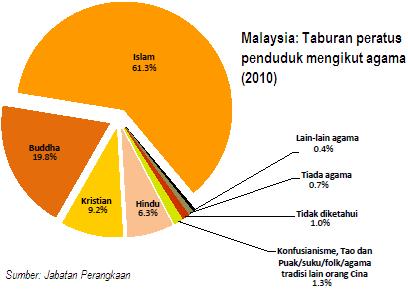 In Burkina Faso, there is also threat of civil war. Even though Burkina Faso is a Muslim-majority country, its president Roch Marc Kabore – elected last month – is a devout Christian.

In Malaysia, the evangelista-led DAP is hell-bent on grabbing power. Bangsa Anak Malaysia must stop being buta sejarah because their chickens are coming home to roost.