Khairy should resign over the RM100 million scandal in his Ministry.

Or he must be released from his responsibility in the cabinet after due process is satisfied. It’s no great loss and there are certainly better candidates to fill the Youth portfolio.

After all, Umno Youth which Khairy leads has failed to deliver in GE12 and GE13. BN did not have much traction with youth voters despite KJ’s glamour and wow factor.

BELOW: KJ strutting the catwalk and making a fashion statement — with pink socks! 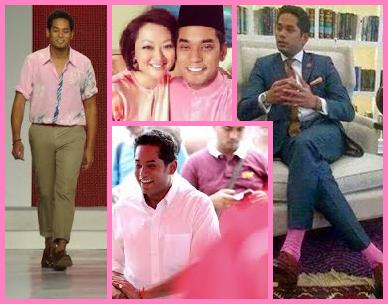 BN must pry loose Pakatan’s grip on the youth vote

His huge personal popularity may be of direct help in Rembau but other than in KJ’s own Parliament constituency, the Umno Youth Chief’s heartthrob status does not translate into young votes for the ruling party.

Going by polling centre saluran, the younger age cohorts were streaming to Pakatan. In the 2008 and 2013 GEs, the opposition clearly bested the BN when it came to getting the youth votes.

It is more trendy for Gen Y and Z to go against the establishment and hence most of the youth, including urban Malay youths, are pro-Pakatan.

If BN continues to bleed support from the youthful electorate, then the drag of demography (we’re a young country) will eventually cause the ruling party to lose Putrajaya rather sooner than later. By another two or three election cycles, max, BN’s defeat will be a sure thing unless the ruling coalition can arrest and reverse this slide.

BELOW: Khairy and his Bangladeshi doppelganger … spitting image, yah? 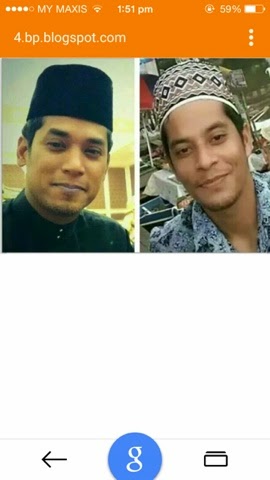 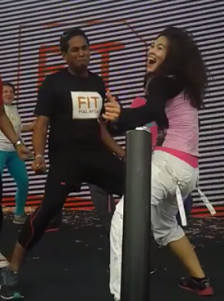 Not even KJ’s vaunted sportiness and his reputed ‘good looks’ – shrug, you just can’t account for some people’s taste – are enough of an appeal to draw the youngsters to BN.

Aside from gathering the superficial crowds to do zumba zumba (pix right) or participate in Akademi Fantasia-like carnivals and gimmicks, BN is unable to secure the kind of commitment that Pakatan manages from the youth.

Pakatan youth are motivated to take part in rallies, protests and political events or to carry out idealistic social projects in the vein of John Kennedy’s Peace Corps.

BN Youth is uninspired and has no vision for the future.

Sidenote: KJ is fast losing his ‘handsome’ tag due to premature greying — observe his haggard face and janggut beruban 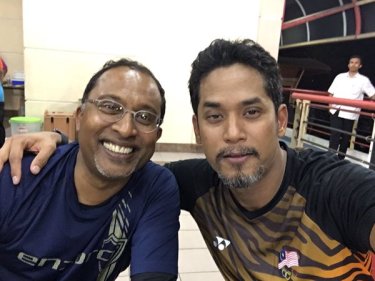 Young voters too are attracted by ideology

BN is not winning the heart and mind of the Malaysian young, and this is due to the ruling party not selling an attractive ideology.

The young are rebels who mistakenly believe they have a noble cause and these are the sort of individuals whom the Pakatan is gaining. 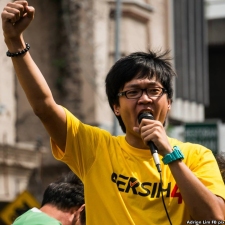 It’s a fallacy that youngsters will only gravitate to leaders (politicians) who are close to them in age.

Look at the elderly Bernie Sanders and Adenan Satem, both of whom are a massive hit with the young.

Although Sanders – the Democrat’s presidential hopeful – is 74 years old, he nonetheless struck a chord with young Americans who like his anti-establishment (i.e. socialist) message.

Adenan is credited with bringing a breath of fresh air to our stale racial politics. The Sarawak chief minister is 72 and not in robust health. Yet he enjoys a wildly high popularity rating and even beating the leng chai Chong Chieng Jen (Sarawak DAP chief) who is half his age.

The difference between Adenan’s popularity and Khairy’s popularity is that the former’s provides him a mandate to effect structural changes to government policy (in his case, specifically Sarawak-federal relations and power play) whereas the latter’s is more of the Malaysian Idol (sms your vote) variety. 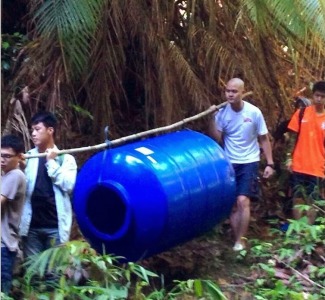 I’m more impressed with Isma Youth than I am with BN Youth.

The Isma young activists are go-getters who possess a strong ideological core which the BN youths – regardless of component party – are sadly lacking.

KJ, if you must know, is actually a Firster and prefers to hire Dapsters to work in his office (see his admission below). So even though KJ has an ideology, his liberal philosophy is unfortunately more aligned with the opposition.

Apart from Najib who speaks impeccable English, KJ is perhaps the next public figure in Malaysian politics with the plummiest English accent. The real KJ is a suave cosmopolitan.

His keris-waving persona is merely put on to boost his Malay nationalist credentials — which he is direly short on due to his overseas upbringing and long period of studies abroad. 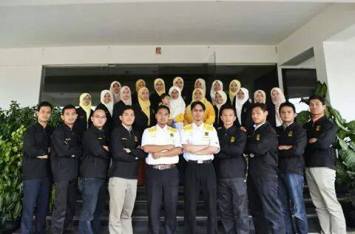 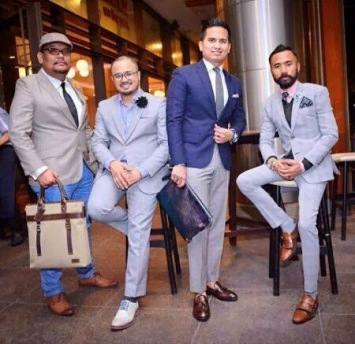 Nik Abduh miles ahead of Khairy in political heft

It is the Islamists who are better poised to influence the Malay young compared with Pemuda Umno which, to be frank, has lost its mojo.

Between PAS Youth chief Nik Abduh Nik Aziz and KJ, it is the Tok Guru’s son who not only oozes charisma (like his father) but also has the potential to be a political heavyweight, his slight build notwithstanding.

Umno has to man up to the unpleasant reality that the party’s reputation is now tarnished.

Furthermore, the Umno Youth leaders are seen as self-centred and self-referential third generation NEP brats who joined politics in pursuit of projects and fast track success, e.g. “becoming PM before 40”.

Like it or not, Umno has to look to association – and hoping some of the sobriety will rub off – with the Islamists to repair its bruised image and restore public confidence in the ruling party.

Unmo has to clean up its act in order to hope to remain in power.

At the moment, Umno Youth is just about as useful as MCA and Gerakan in pulling its electoral weight. Unlike the Wanita backbone wing, the Pemuda Umno flibbertigibbets cannot be relied upon to reel in solid votes.

If Umno parti induk (mothership) is sincere in its bid for perpaduan ummah, then it has to be prepared to cut PAS some slices of the pie. The Youth Ministry can be one of the first carrots.

The Minister of Youth and Sports who is tainted with “KJ rasuah! KJ rasuah!” (money politics in 2009 party election) has become a liability. 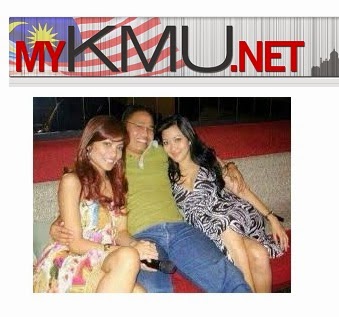