Only 2,800 ordinary citizens have committed their money to “Save Malaysia”.

Gerakan Selamatkan Malaysia has so far collected RM28,000 through crowdfunding — see collection counter below. Each contributor had been asked to bank in RM10 to Nazir Razak’s bank CIMB for the “Great Country Venture”.

The desire to make Malaysia a “great country” at this juncture in our history is Zaid Ibrahim’s brainchild. His motto has echoes of Donald Trump’s “Make America great again”.

Another thing that Zaid and Trump have in common – despite being at opposite ends of the political spectrum (the former is liberal and inclusive while the latter is insular and nativist) – is that both are rich enough to self-finance their campaigns.

Billionaire Trump boasts that unlike the other American presidential candidates who require contributions from special interests and lobbyists, his own pocket is deep enough so that he does not have to seek donors who attach strings to the political funding they provide.

Zaid makes a similar pledge to “not look for financial help from the tycoons and the Jho Lows of the world”.

The RM28,000 collected at this point from 2,800 members of the public for Gerakan Selamatkan Malaysia is actually a small amount that is mere pocket change to the multi-millionaire Zaid.

In fact, at the height of election fever in 2013, Haris Ibrahim even managed to collect RM1 million from the public for his Asalkan Bukan Umno (ABU) campaign.

The RM100,000 donation target set by Zaid is a sum of money that can actually be underwritten by Zaid personally without the need for sourcing from the donation box.

But if Zaid really wanted to use his plea for RM10 donation per pax as a metric to measure the extent of support for his movement, then he got his answer — 2,800.

Comparatively where Malaysians don’t have to fork out any money but just contribute their signature, the support level is 46,865 as evidenced by Azrul Mohd Khalib’s (pix below) online petition calling on Najib Razak to quit.

The failure of Zaid in his donation appeal proves that efforts to topple the Najib administration is not something driven from the ground up. Instead the attempted ouster is a top-down political manoeuvre bankrolled by political parties and shadowy tycoons behind the politicians.

Nowadays, DAP is the second richest political party after Umno. The evangelical party has the moolah to engage battalions of political operatives, including Malays.

For example, Azira Aziz (pictured above, and on the right) is a senior aide to Hannah Yeoh.

Other Malays on the DAP payroll include Dyana Sofya Samad who is Kit Siang’s political secretary, Wan Hamidi Hamid (head of Sekolah Demokrasi DAP), Syefura Othman (DAP project coordinator), a handful of press secretaries, polsecs and special officers to the party’s Chinese/Christian YBs and the prepaid bloggers from the ranks of Protun Malay rejects.

Prolific writer-cum-online columnist Syerleena Abdul Rashid (below) is Wanita DAP national assistant publicity secretary. She has also been given a DAP seat in the Penang City Council. 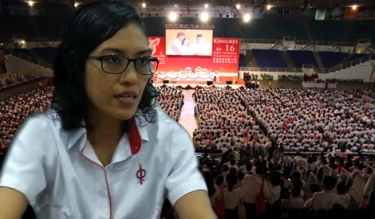 How the Protuns have been turned to the Dark Side

Tun Dr Mahathir is scheduled to deliver the keynote address today at the ‘People’s Congress’ in the Shah Alam Convention Centre.

The event, starting afterwards at high noon, underlines the Citizens/Mahathir Declaration to oust Najib Razak before GE14, whereby the rebels are refusing to respect our country’s democratic process of changing the government through a sanctioned election in 2018.

This Easter Sunday (today 27 March 2016) date chosen for the ‘Save Malaysia’ gathering signals the degree of control exercised by evangelical Christians over the Chinese-powered opposition movement and its anarchic ambitions.

The parade will be peppered with a few prominent Malay faces but the bulk of its attendees is expected to replicate the Berish 4.0 demographics. They hope to spark a groundswell of resentment and anger culminating in an uprising to dislodge Najib.

[Note: Today’s Easter commemorates the resurrection, which is the rising of Christ.)

ABOVE: Malaysian authorities are investigating the allegation that DAP is getting some of its funds from the Zionists

Brighter carma opportunities for Malays in DAP than in Umno

The lukewarm public response to Zaid Ibrahim’s Save Malaysia donation drive is an indication that the mainstay of money in politics is still the political parties. 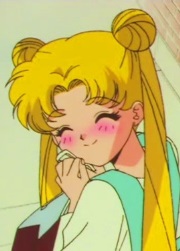 In today’s political landscape, the next biggest dedak thrower is DAP on the heels of Umno. For Malays, it is much easier to cari makan with the nouveau riche DAP.

Take for example Zairil Khir Johari who parachuted into the DAP as Guan Eng’s high profile political secretary. If Zairil had joined Umno, his father’s name admittedly would have had some cache. Nonetheless, Zairil’s rise in Umno would not have been half as meteoric given the stiff competition among peers his age group.

Aspiring politician Akhramsyah Muammar Ubaidah Sanusi – as one illustration – is like Zairil, the son of a former Umno cabinet minister.

If Akhramsyah has presently little name recognition, i.e. his name doesn’t immediately ring a bell with readers, then it goes to show that the DAP fast tracks young Malays in a way that Umno is impeded from doing due to stiff competition.

DAP, with its dearth of Malays, is on the other hand throwing the door wide open. Thus the contrast in the political fortunes of DAP’s Zairil vs Umno’s Akhramsyah.

Those Malays scoffing at perjuangan abata (untuk Agama, Bangsa dan Tanahair) and perpaduan ummah are the ones who are opting to promote the ‘Pandang Singapura’ DAP-type meritocracy and liberal secularism.

And as with Malay DAP politicians, so too the scenario with Malay social media hacks and bloggers.

The Protun blog Life of Annie has become infested with RBA, eliciting complaints from its old regular readers — see screenshots above.

In other words, ever since the Protun-Projib civil war broke out, Annie Anakin’s blog has become a Nest of Dapsters. Their arrangement is one of birds of a feather flocking together. Annie the liar and fraud is someone perfectly at home with the pemfitnah tegar behaviour of the RBA.

Of late, the government has been hinting that anonymous political bloggers will have to register their blogs.

“Jebat Must Die, Annie, Lim Sian See and the Unspinners and those who blog anonymously and carefreely (ie they don’t have to be fully accountable for what they write) may feel victimised by the move. But like the rest of us, they can always take off their masks and boldly write as themselves!”

Needless to say, it is impossible for the not-‘accountable’-Annie Anakin to take off his mask and boldly write as himself because then his imposture as a “little lady of the valley” teacher/educator will be exposed.

Annie reacted to the idea of MCMC regulating blogs by saying (see his March 24 posting titled ‘DAP wouldn’t care less also‘) that “once the new law comes into effect I think I will stop blogging”. How typical of hit-and-run character assassins.

DAP Johor’s former deputy chairman Norman Fernandez is quite sure that the Fraudster with Nine Lives will simply reinvent himself and shape-shift into another online persona (if necessary to evade the government’s online curb).

Following the threat of government regulation on bloggers, Annie complained a couple of days ago, “It’s not like I’m being paid RM20,000 per month to blog”.

Waaah, so big-headed leh an anonymous blogger. Just because Malays are now very laku with the DAP.

Hullo, even the Deputy Prime Minister’s salary is only RM18,168.

And Annie expects to be paid RM20k per month to blog? Obviously Annie’s benchmark is the DAP generosity. After all, their Madame Speaker’s pay at RM22,500 is higher than the DPM’s!

(Disclaimer: Chart drawn before the resignation and sacking of Khalid Ibrahim and Muhyiddin Yassin respectively)

7 thoughts on “Putting their money where their mouth is”