Russia’s President Vladimir Putin is alleged to be secretly very, very rich, corrupt and to have accepted the gift of a yacht from billionaire Roman Abramovich (owner of Chelsea football club), according to a British documentary screened early this year.

The Panorama programme on Putin’s “secret riches” was aired by BBC One on 25 Jan 2016.

“The content of this BBC report is pure speculation and defamation, which has no grounds,” said Kremlin spokesman Dmitry Peskov. 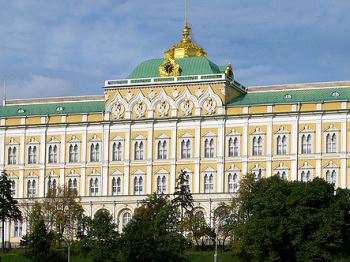 Peskov demanded the US treasury (whose official was quoted by BBC) must provide evidence to support allegations of corruption against Putin or otherwise “it casts a shadow on the reputation of the department”.

Referring to the assertion made by BBC, Peskov categorically denied reports that Putin owns a £40 million (RM221.5m) luxury yacht.

He described the BBC report as “a rush toward gutter news or orchestrated [smear] campaigns”.

“In this case of course we unwittingly notice the reports coincided with quasi-judicial exercises in certain countries,” the Kremlin spokesman added.

The above exchange took place in January. It’s been more than two months since. Putin appears to have shrugged off the documentary and its claims.

It does not appear that Putin will be deposed as president. And nor is Russia being boycotted diplomatically by other countries.

The gleeful doomsayers predicting a nuclear fallout are being overly optimistic, don’t you think?

18 thoughts on “The way of the world”