Look at the returns from the polling stations. Then you will know for real whether “BN can win back the Chinese like in Sarawak”. Unlike Annie Anakin, statistics don’t lie.

There is no Umno in Sarawak. So the Chinese across the South China Sea do not have their chief hate figure to vote against there.

On the other hand, Chinese are 31 percent of the voters in Sungai Besar, Selangor and 24 percent in Kuala Kangsar, Perak. So Chinese make up just a little short of one-third of the Sungai Besar, and a quarter of Kuala Kangsar electorates.

These sizeable proportions allow a fair gauging of Chinese support for BN in the peninsula.

Btw, Indians are only two percent in Sungai Besar and thus a negligible element. The Selangor by-election will be straightforward — boiling down to Malay and Chinese votes.

BELOW: Opposition control of the Selangor DUN; red is Pakatan 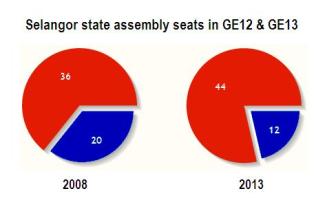 The former and the serving Communication Ministers each have different ideas.

Zam (Zainuddin Maidin) is right. Who gets to sit in Putrajaya is determined by the number of MPs and not by Aduns.

The two vacant Parliament seats of Sungai Besar and Kuala Kangsar are Umno incumbencies. Thus the by-elections are important to Najib, as veteran newsman Zam has correctly pointed out.

Najib’s continued position as prime minister post-GE14 is dependent on the MP count in his party, Umno. In the last election, Umno provided 88 MPs and Sarawak BN contributed 25 MPs.

BELOW: Hannah Yeoh campaigning for DAP via Skype due to ban on her entry into S’wak 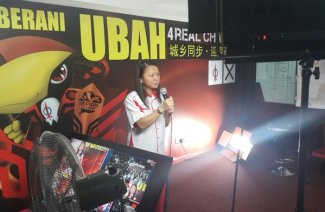 Side note: Of Sarawak BN’s 25 Parliamentarians, 14 are from the coalition’s anchor party in the state — Adenan’s PBB.

And of PBB’s 14 MPs, 10 of them have ‘bin’ or ‘binti’ in their names. The rest of BN Sarawak’s 15 MPs are presumably non-Muslims, if we were to go by their Dayak and Chinese names.

PAS’s chances now are brighter than before

The challengers to Umno in Sungai Besar and Kuala Kangsar during the last general election were both PAS candidates.

There are various scenarios in the making wrt the two Parliament seats.

As highlighted by Zam, Umno squeezed through on narrow margins of 399 and 1,082 votes in Sungai Besar and Kuala Kangsar respectively.

PAS will want to test its strength against Umno under the current circumstances clouded by Najib’s 1MDB and RM2.6 billion donation controversies. If PAS wins these by-elections, the Islamist party will be bolstered to take on and try to supplant Umno in GE14.

PAS wins in the upcoming by-elections will empower those in the party who are like-minded to its deputy Tuan Ibrahim Tuan Man. These PAS leaders are not receptive to kerajaan perpaduan or chummy-chummy with Umno.

An Umno loss in Sungai Besar and/or Kuala Kangsar will dampen chances of the two Malay-Muslim, Muslim-Malay parties coming to an arrangement for informal cooperation during GE14.

BELOW: DAP lording it as Speaker in S’gor DUN & they even wanted the Deputy’s chair as well! 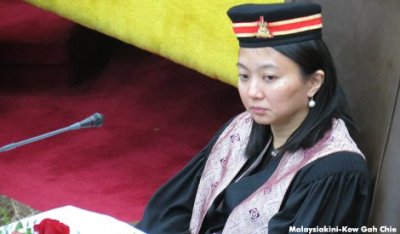 Are you sure, Salleh?

Communication Minister Salleh Said Keruak said the message from Sarawak “is more or less the same sentiments all over rural Malaysia”.

Salleh also acknowledges Team Adenan’s popularity as a major factor for the Sarawak results. Well, Team Najib – of which Salleh himself is a prominent member – is not as popular. So how?

Methinks Salleh is being a tad over optimistic in declaring that “we are going to see the Sarawak 2016 success emulated in the next general election as well”.

BELOW: One angry bird 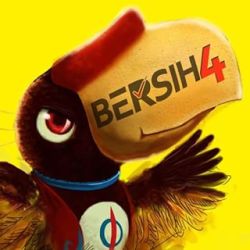 Data is a more reliable predictor

(1) Starting with Kota Sentosa which is the seat belonging to Chong Chieng Jen, this popular guy’s position is only a little bit stirred but not shaken by the May 7 tremor.

Despite the general setback besetting his compatriots, Chong’s personal popularity remains undented. The Kuching MP has an approval rating of 74 percent among the Chinese, according to a recent survey headed by Assoc. Prof. Jeniri Amir of Unimas.

Chong suffered a small drop of 3.1 percent in support from all races – it’s not possible to isolate the Chinese voter segment unless we have access to more detailed stats – between the two state elections. The ethnic breakdown in Kota Sentosa is Chinese 73%, Melanau Malay 13% and non Muslim pribumi 14%.

Support for the young YB in his constituency was 72.3 percent the last election and 63.9 in this recent one. It’s a rather significant decrease of 8.4 percent.

(3) Bukit Assek is the seat previously held by the former Sarawak opposition leader.

Comparatively, Mrs Wong retained Bukit Assek two days ago with a halved majority and collecting 11,392 votes from a turnout of 18,661.

(4) Perhaps the most flamboyant Sarawak Adun is Violet Yong, the Pending Yang Berhormat. She is always seen seated beside the chief (YB Chong) in the DAP press conferences.

Pending in Bandar Kuching has a 90 percent Chinese electorate.

(5) Lastly, we’ll look at Pelawan which has 91 percent Chinese voters. It is a DUN seat in the Sibu district.

BELOW: DAP evangelistas and their Impian Sarawak 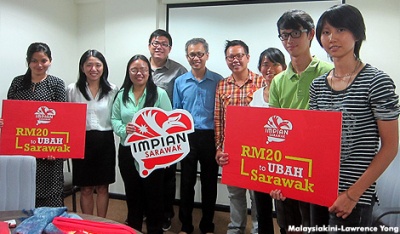 Let’s sum up the reduced support from voters of all races for DAP in the five Chinese-dominant seats listed above.

In percentages, it is minus:

The drop in level of support for DAP in the constituencies above averages out to 7.16 percent on a mildly lower turnout.

Admittedly there is a smallish swing of Chinese support back to Sarawak BN.

But it should not be assumed that those city Chinese who abstained from voting in this round, e.g. the 2,000 voters in Padungan and the some 1,500 voters (rounded figure) in Pending have switched their allegiance to the BN. They are merely abstentions, not desertions.

At the end of the day, Sarawak is Sarawak. Adenan blocked a long list of evangelistas and opposition personalities from stepping on Sarawak soil. We can’t do that in the peninsula.

It’s just different there. You still have to travel to some places by boat or helicopter.

Furthermore, Sarawak stats are strangely out-of-the-ordinary. I mean, we have two vocal cabinet ministers as well as the Dewan Rakyat Speaker all coming from the same remote SABAH town of Kota Belud!

The upcoming by-elections in rural Sungai Besar and semi-urban Kuala Kangsar – two seats in developed west coast states – are certainly a better barometer of the BN’s standing among the Chinese community.