“We live in a real world and I think it is dishonesty of the highest order if you deceive people through your make believe and fantasy world. So ‘Life of Annie’ blog is a no no for me.” — Datuk Abdul Rahman Mohd Noor @ 2016/06/07 at 6:41 pm

It is true that the deceitful Annie fabricates all kinds of fantasy stuff.

To suit a situation, Annie would either create his feel-good anecdotes (which are fraudulent) and hence the seemingly picture perfect vignettes he is able to recount, or he’ll concoct malicious stories (false!) against the people he’s bitching about — such as Norman Fernandez, Rahman Dahlan, Salleh Said Keruak and of course Khaled Nordin plus many more.

Actually lots of people (those who matter) know all about Annie already.

But the delusional Dapsters are determined to prop up Annie’s blog like desperados because they too live in a make-believe world. One where the Chinese are the only  non-racists who, predictably, can do no wrong. (Perhaps it’s only par for the course that Annie should fake a half-Chinese parentage to pander to the DAP mob.)

Birds of a feather flock together … cluck, cluck, cluck. Annie spits venom – even during bulan puasa – and on cue, like Orwell’s Animal Farm, the RBA will stand up and cheer “Annie two legs good, Annie nice”.

The thing about such scheming and slimeball collective dishonesty is that one day – and it will be soon, trust me – Annie’s slick Dapsterland and the real Malaysia will collide.

The business of fooling some people some of the time may be lucrative but it’s a dangerous game and there will be hell to pay. By then, only very few will might sorry for that bloody lot of sneaky bastards pretending to sing kumbayah tapi cakap tak serupa bikin.

However in order for them to enter the mosques, they need to be invited. Obviously those invitations have been drying up ever since the acrimonious breakup between DAP and PAS.

Likewise photo ops for the Kodak moment (sahur, buka puasa, masak bubur lambuk di surau) to be uploaded to their social media is similarly becoming fewer now that the DAP Yang Berhormats are getting the cold shoulder from PAS.

ABOVE: Blast from the past … YB Serdang, the DAP evangelista Ong Kian Ming in the surau stirring an empty pot during fasting month

Due to PAS giving them a frosty reception, DAP has had to turn to new tactics to gain access to the Malay community.

If you thought the DAP’s political Christianity and its faking love-love-love (thy enemy, turn the other cheek) was a turnoff, the evangelical party’s attempt to hijack Islamic lingo is even more nauseating. 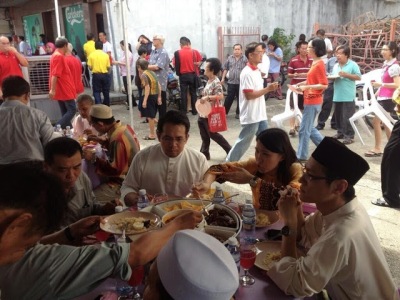 As things stand, DAP has already milked dry its Melayu celup for his Islamic value-add to the party image. Aside from Zairil Khir Johari, the actual number of Malays elected as YB on the DAP ticket are only two! — Ariff Sabri (YB Raub) and Tengku Zulpuri (YB Mentakab).

In the photo above, Zairil is in full Malay ‘regalia’ while in the background you can see the crowd of Cina DAP sedang buka puasa.

The late Khir Johari’s Chinese stepson is perennially trotted out by DAP in songkok and baju Melayu. Poor Zairil is ‘overworked’ (overexposed) as DAP’s Malay face.

But moolah sure can buy them Malay mercenaries, especially when its a seller’s market — given the DAP’s real dearth of genuine Malay grassroots.

First of all, you must keep in mind that the DAP of today is unlike the DAP of, say, 10 years ago. Today the DAP is a well-connected evangelical party with ample funds.

And in recent times, the DAP’s new prosperity has been directed towards recruiting Malays. We know who’s oiling the frying PAN.

So don’t be shocked that DAP 2.0 has Malay RBA like how the MCP had its 10th regiment — the Malay communist unit.

BELOW: Our political landscape has UBAH-ed and the old order upended after the sea change brought by tsunami

Macai Melayu who are “well taken care of” by the DAP

There’s nothing surprising in the existence of Melayu Baru DAP if we reflect on the time-tested tradition of Chinese tycoons who know how to “take care” of their Malay network.

Presently, DAP is merely following formula in taking care of its Malay dedakers.

He further exposed how DAP has been cultivating a coterie of Malays who are vociferously pro-Chinese. They are lavished “imbuhan tetap” dan ganjaran … like erm, who is financing Dyana’s jalan-jalan in negeri omputih?

BELOW: Anakin obsessing over KJ’s handsome looks is causing colleagues of the 20k blogger to laugh at him behind his back … they feel geli also 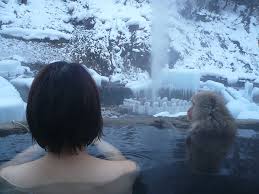 A tactic to benefit the Chinese opposition’s political cache is by preaching the Malays into a guilt trip.

If a Malay person says anything remotely negative about Cina DAP, he is immediately branded a “racist”.

Today the well-rewarded Malay macai is willing to call other Malays “racist” on top of  labelling Umno as a “despicable” and “hateful” party.

The ordinary Malay individual is browbeaten into believing he has to always be “nice” to the Chinese, and this present month of Ramadan is the best window of opportunity to carry out such indoctrination under the cloak of dapat pahala and with some Arabic phrases thrown in.

(Hannah is good but not good enough to spout Arabic.)

It’s easy to spot which Melayu on the ultra kiasu payroll is attempting to brainwash his Muslim brethren into being “nice” so that resistance to the DAP power-seeking agenda will be weakened.

Melayu DAP doing all he can to dissuade Umno-PAS hookup

At his paymaster’s behest, the 20k Melayu hired gun will quickly throw a wet blanket to dampen any overtures by Umno folks to PAS folks. The parti Melayu Islam and the parti Islam Melayu working together to defend Islam is shot down as promoting religious extremism.

A Malay is required to do this particular job because it requires venturing into Islam-speak terrain.

As sneaky as the RBA are at masquerading online as Malays and Muslims, they’re still nonetheless not steeped enough in the religion’s nuances to be able to carry out propaganda appealing to Islamic sentiments.

In this bulan puasa, you can see how the Melayu DAP is first off the block to take advantage of the lembut psychology inherent in the holy month to do his tarbiyah.

It’s not difficult to tell which Melayu DAP are frogs, for example Dyana who hopped from Perkasa into Kit Siang’s office, and that other hidung sudu senduk fella who made a 180-degree turn from “Apa lagi Cina mahu?” to “Jump? How high?”

Well, whatever lah as long as the cash register continues ringing in the wages that bankroll his massages at the spa and the Japan summer holidays.

Hiding behind a cutesy anime avatar does not take away from his bitchy lies and niat jahat that continue unabated even during bulan puasa. He is business/politics as usual despite putting on an extra coating of Islamic veneer for this month.

Hmm … it looks like the continuous smear campaign against me conducted by that Lying & Fraudulent Protun blog is not convincing readers with a capacity for critical thinking. 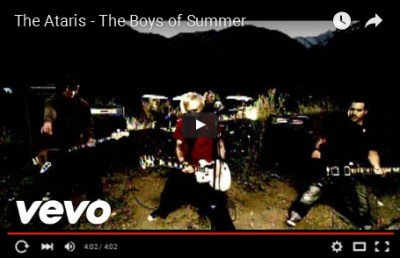 86 thoughts on “Opportunity but also overkill during bulan puasa”