Here’s Papa Dapster in a mosque, sitting at the head of the jemaah.

Evangelistas are so full of the Ramadan spirit. Papa Dapster is best buddy with the president of the Malay New Hopers.

Nowadays some Melayu sound just like Dapsters in promoting love-love-love.

You can feel their mutual lurrve for each other @ Annie’s blog, for example, in the BFF between its Malay admin and his Cina DAP commenters.

And below is Mama Dapster putting on tudung. It’s her bulan puasa standard dress.

She is just like Papa Dapster above. Both love to Occupy Masjid. 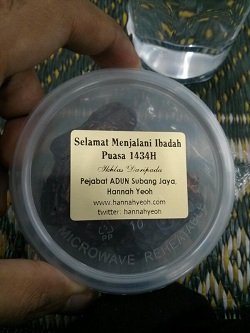 The picture below shows what Grandpa Dapster might look like if ever Kit Siang decides to one day join his son and Hannah Yeoh in their masjid jaunts.

An elderly male version of the Dapster family icon would need to wear songkok and baju Melayu – as modelled by Grandpa Dapster in the photoshop below – to keep up with Papa and Mama.

Grandpapas morphing into each other 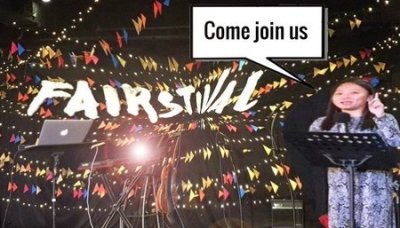 Tun is the de facto opposition leader — see poster below.

Like many other Dapsters, Hannah Yeoh has successfully cast aside her previous scruples about the ex-premier and is now even willing to tweet him.

BELOW: “Come join us” — Hannah Yeoh

To the new addition to the clan, ‘Welcome to the family’.

8 thoughts on “Welcome to the family”