Continues from ‘Better to hold the “snap poll” in Selangor‘.

The Chinese community is pondering “the impact of PAS’s political ecosystem” on the future of Malaysia.

A Sin Chew editorial yesterday mused whether Pakatan Harapan “should go its own way and not engage in any form of cooperation and negotiation with the Islamist party at all”.

The influential Chinese newspaper suggested that the opposition coalition must adapt to the reality of third party spoilers during elections “instead of allowing PAS to have an opportunity to expand its influences just for the sake of lifting its [Pakatan’s] own winning chances”.

BELOW: Hannah Yeoh in a mosque 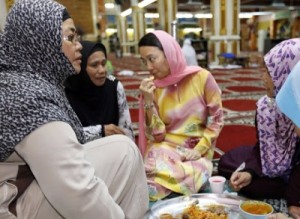 Why should Chinese give space for PAS to survive?

Casting doubt on PAS’s “theocratic aspirations” and “hudud agenda”, Sin Chew further said that the “conservative and outdated ideologies” of the party are “posing a severe threat to the existence of our secular system and will bog down the country’s development”.

Sin Chew believes that the “theocratic philosophies” of PAS are “posing a severe threat to the country’s secular system”.

The newspaper then asks, “if we reject theocracy, why should we provide any space for this party to continue to survive and even prosper?”

BELOW: Mujahid in a church 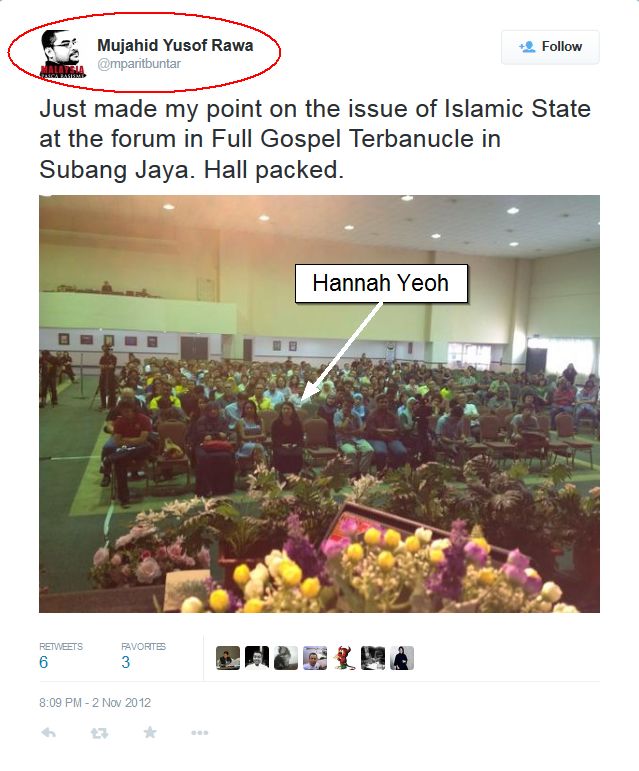 Chinese must support and help PAN to grow

Sin Chew cautions that the “religious ideologies” of PAS cannot be allowed to keep Pakatan in bondage, even at the cost of failing to avert three-cornered fights.

An alternative solution proposed by the newspaper is to “support and grow” PAN so that the splinter party “will eventually manage to restrict the development of PAS, forcing the Islamist party to back off to its East Coast fortress”.

Weighing the options, Sin Chew said that Pakatan can afford to lose a few seats. “But allowing PAS to expand its political influences unchecked will take us down the irreversible path of lslamization.” 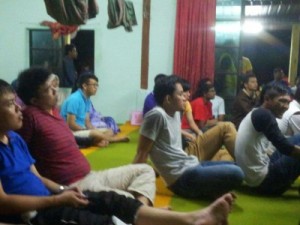 PAS properly snookered by the Chinese

Cina DAP are dead set against lslamization but didn’t mind exploiting PAS to enter mosques to fish for Malay support.

They made suckers out of PAS whose khatib even prayed publicly for Guan Eng to masuk Islam.

Didn’t PAS feel the sting of a slap in the face when Hannah Yeoh threatened to make police report against all those who spread the (false) rumour that she had converted to Islam?

It’s been more than eight years since Hannah’s determined forays into the mosques and we’re still awaiting her conversion as tarbiyah-ed by PAS.

And what about those PAS people who sambut baik the #sahur tweets of YB Serdang – DAP evangelista Ong Kian Ming – and even invited him to the surau to kacau dodol?

Real dodos some of the PAS people were!

BELOW: Hannah Yeoh in tudung during her scores of visits to masjid dan surau 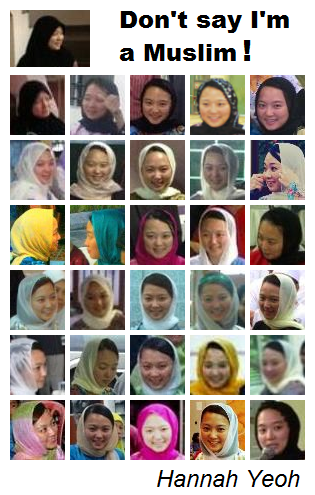 Back in early 2009, DAP Adun Hee Yit Foong quit her party and precipitated a crisis.

YB Hee was the Jelapang Adun in Perak. Her switch to becoming a “BN-friendly independent” catalysed the fall of the Pakatan state government led by PAS’s Nizar Jamaluddin.

Chinese all over the country hated on Hee to the extent of inundating her with death threats on top of cursing her family for seven generations. 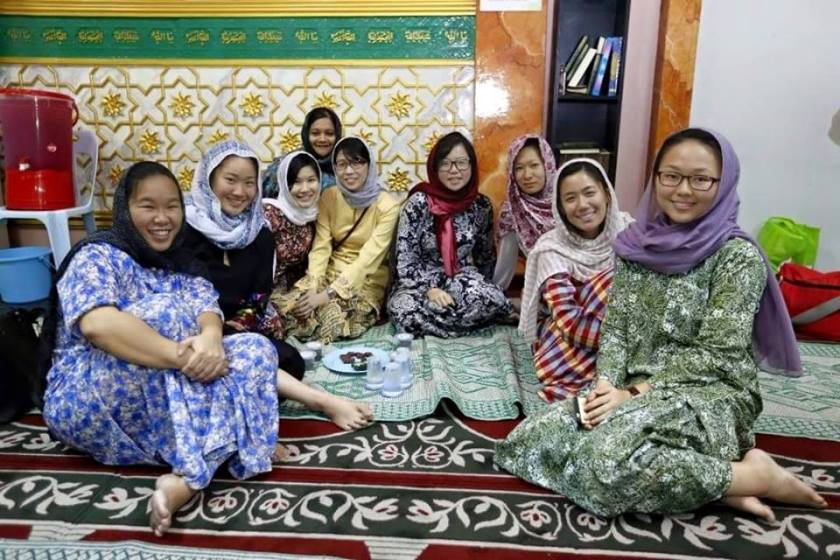 When it was Hee taking away with her DAP’s Jelapang seat, that was a cardinal sin in the eyes of the Chinese.

But when it is YB Hasnul Baharuddin and YB Saari Sungib taking away PAS’s Morib and Hulu Kelang seats with them respectively to PAN, oh that’s perfectly alright. The Chinese did not blink that PAN is a party born in dishonor through the legacy of stolen property.

They cheered PAN and shitted on PAS.

Dalam hal ini, Cina memang bikin serupa cakap. They deserted en masse from PAS in Sungai Besar and Kuala Kangsar while giving their vote in bulk to the PAN candidates.

ABOVE: The love-love-love of DAP evangelistas for PAS was so fake; (below) Sungai Besar by-election results compared to GE 2013 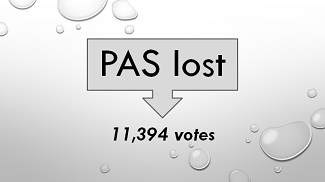 Please allow me to repeat that PAS people were such suckers for inviting the DAP evangelistas into their mosques and surau. (Pix left: Who else but Hannah the Tudung Mannequin)

But nonetheless, PAS is today still willing to bersekongkol with the enemy-of-Islam party DAP in the Selangor state government.

If PAS had any shred of dignity, it would withdraw its excos from Azmin’s administration as a protest against the Selangor government which includes two state seats stolen from PAS.

BELOW: Current composition of DUN Selangor 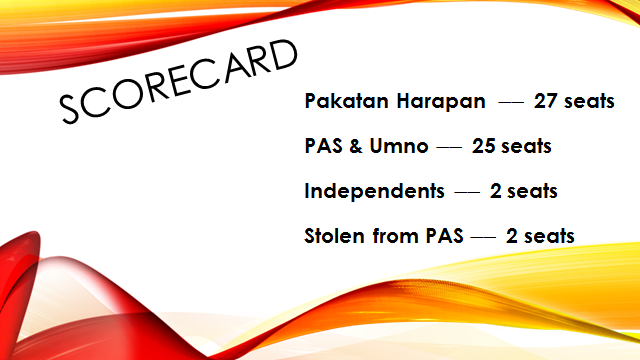