The reason DAP is such a vicious party is because its Dapster family mafia is truly vindictive and full of vengeance.

Grandpapa Dapster was ISA-ed twice. He was detained immediately post-May 13 for a period of close to 1-½ years. And once again under Ops Lalang.

Kit Siang has however forgiven Tun for signing his Kamunting detention order in 1987.

Guan Eng, on the other hand, is not so forgiving of his enemies despite his Christian faith and preaching about us all being “brothers and sisters”.

His seething anger has always percolated under the surface. 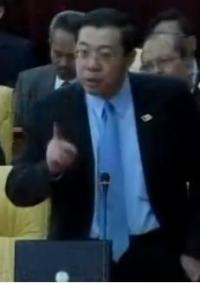 “How could I be imprisoned when the world knows I was being framed?”

“I was seething with anger.”

The Penang chief minister had been asked by Malaysiakini — “what were your thoughts and emotions?” — when his conviction under the PPPA was upheld in April 1997 and the Court of Appeal enhanced the jail sentence further to 18 months.

The interview headlined ‘From Kajang prison to 28th floor of Komtar appeared in Malaysiakini on 24 Feb 2013. (Urm, will Guan Eng come a full circle and go from Komtar 28th floor back to Kajang prison again?)

Guan Eng answered the Malaysiakini reporter’s question above as follows:

“I had to do a lot of self-counselling to work out the anger in order to face the imprisonment with equanimity. I didn’t want to come out so bitter and warped. Then you’d satisfy your tormentors. You’d turn out to be like your tormentors.”

Hypocrites full of hatred and enmity

Similar to preacher Papa Dapster who is bitter and warped but talking about ‘love’ when on the stump, preacher Mama Dapster too can’t shake off the chip on her shoulder. The rejection of Hannah Yeoh’s PR (permanent residence) application by Australia left an ugly scar on her.

How mortifying for someone who thinks so highly of herself to be found not good enough (unqualified) to continue living in a white Christian country.

Being a Tasmania reject (bukan pun ditolak canggih cities like Sydney or Melbourne but rejected even by a boondocks town), rejected by Bible-thumping rednecks, was a mortal blow to Hannah’s self-esteem.

Hence Madame Speaker’s OCD (obsessive compulsive disorder) that makes her call political opponents “low class” and to label reporters who are critical of her as “absurd” or being “racist”.

Christians will not retaliate. We believe in loving even those who hate us. That is the way of the cross. There, I said it #Xproselytising

DAP is a sick party because it is led by top leaders who are consumed by hate and motivated by a vendetta against the system that had crunched them in its cogwheel.

Altogether the Dapster family and their hit squads are a real nasty piece of work.

Congrats to the MACC for bringing the corruption charges against Guan Eng.

The agency should consider reopening its investigation on Hannah Yeoh.

DAP’s Subang Jaya Adun had been investigated by MACC previously but most unfortunately, the corruption probe petered out following the sudden death of Teoh Beng Hock. 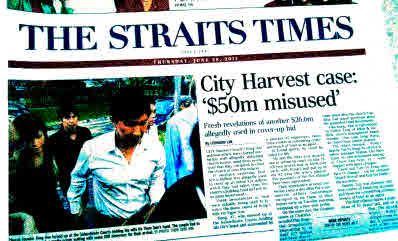 Singapore has successfully nailed the corrupt pastors of City Harvest church and sent the whole lot of ’em to jail.

So when is Malaysia going to investigate Subang Jaya’s City Harvest affiliate in relation to the money laundering trail revealed during the corruption trial of the Singapore church elders?

While they’re at it, our authorities should also investigate the RM2 company-churches in Subang Jaya to see if their commercial activities (these churches are registered as business entities) are kosher.

BELOW: The Kingdom Christian Fellowship, as one example, is a ‘Berhad’ company