David Nga Kor Ming – one seat away from Tun’s left in the photo below – has first dibs. 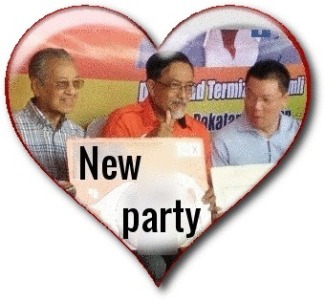