J-Star journos have lodged a police report against anti-Bersih protestors, alleging that they were roughed up by the Red Shirts in Kuala Selangor on Saturday.

It appears that editorial staff in pro-opposition media, such as The J-Star, are partisan and biased in favour of Bersih.

Below we see the Malaysiakini people tweeting to alert Bersih leaders and inadvertently or not, highlighting anti-Muslim propaganda framed as Isis atrocities.

Are the pro-Bersih camp now equating the Red Shirts to terrorists — up one notch from J-Star CEO Wong Chun Wai’s portrayal of them as “thugs”?

Chun Wai is clearly against the Baju Merah.

On the other hand, he was tellingly mute in his weekly op-ed yesterday on the provocative antics of the Yellow Shirts.

Reporters in the Nest of Evangelistas are evidently taking their anti-Red Shirts cue from the big boss.

This being so, we have to wonder whether the J-Star reporters were carrying out their work professionally when in Kuala Selangor or whether they had placed themselves in the crosshairs of Red-Yellow altercation.

“The Star belongs to MCA. Does that mean WCW’s words are the voice of MCA?”

Interesting question from the mouth of babes — see screenshot above Ahmad Ali Karim’s comment submitted here @ 2016/10/18 at 10:32 am. 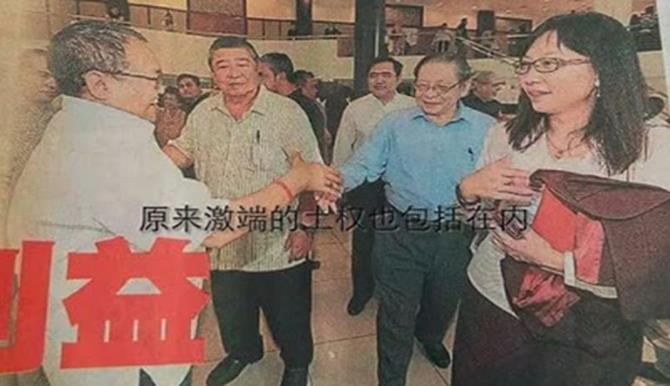 “Those involved should stop giving silly excuses because Malaysians are not stupid. The video that has gone viral is clear as they were threatening the reporters,” Liow said while at the same time commending the J-Star reporters for showing restraint despite purportedly being provoked. 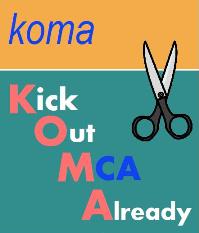 MCA Publicity Bureau chairman Chai Kim Sen wants the Red Shirts to be charged with assault and battery for grabbing a J-Star reporter by the collar.

Liow, Chai and their party are however alright with the Yellow Shirts’ assault on democracy (seeking to topple the government) and the 24/7 battering of the Najib administration by the opposition.

MCA is behaving like the party is a member of the Pakatan coalition.

So perhaps it should come as no surprised that Jamal Sekinchan’s men treated employees of the J-Star like they’re yellow-shirted activists.

Since the Yellows – aided and abetted by MCA and its evangelical media company – are blurring the lines, a mirroring effect can only be expected from the Reds too.

Ultimately, will MCA call on Bersih to cancel its rally or will it march arm-in-arm with the DAP?

18 thoughts on “MCA president: “Malaysians are not stupid””