Serdang Christian MP Ong Kian Ming is the DAP election strategist. And ‘Doctor Ong’ has analysed that “a large proportion” of the support PAS received in Selangor the last election had come from Chinese and Indian voters. In fact, Chinese support for PAS was phenomenal − reaching as high as 95 percent in several constituencies.

This means that nine out of 10 Chinese voted opposition. Mind you, we’re talking those Chinese residing in PAS’s winning seats in the semi-rural areas. In urban areas, Chinese support for DAP some more no need to say lah. Crazy! 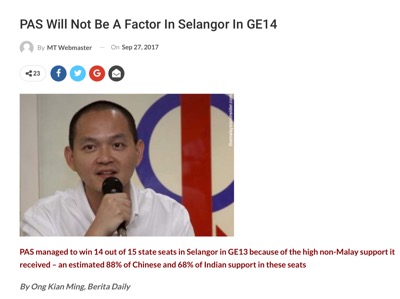 In his media statement yesterday evaluating PAS’s 2013 performance, Call-me-“Doctor” Ong said: “PAS managed to win 14 out of 15 state seats in Selangor in GE13 because of the high non-Malay support it received – an estimated 88% of Chinese and 68% of Indian support in these seats”. 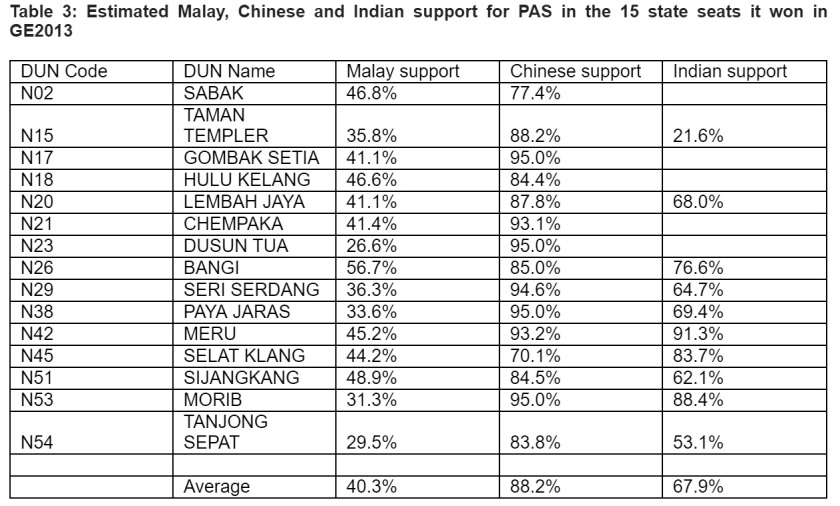 In fact, about half of the Selangor state seats won by PAS involved Chinese support exceeding 90 percent, reveals Dr Ong.

On the other hand, in none of the 15 PAS state seats with the sole exception of Bangi, did the Parti Islam’s Melayu support extend beyond 50 percent.

Ong asserts that PAS could not have won all its seats (minus Bangi) without the strongest non-Malay backing − a fact which is self-evident.

By comparison, Umno won its seats with barely any Chinese support whereas at the same time, MCA won its seats very largely through Malay support as the MCA’s 7-Eleven seats are in Malay-majority areas.

DAP’s insane level of support among the Chinese – interpreted in the inverse – signals that MCA is dead in the water. Statistics don’t lie.

BELOW: Papa and Mama Dapster treated like Kings and Queens 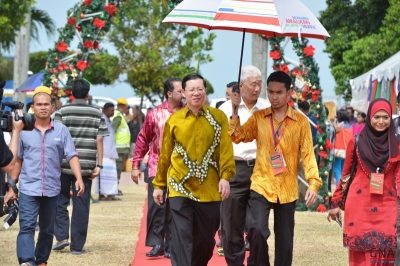 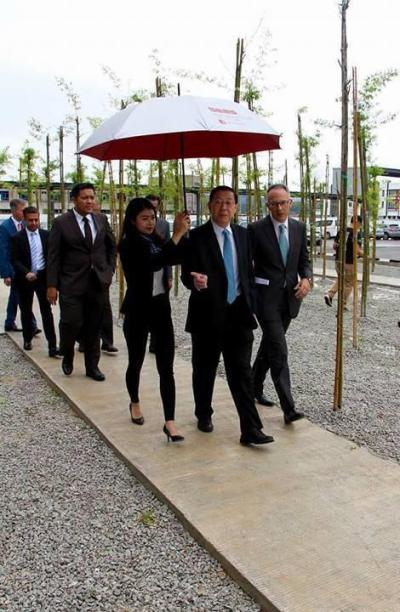 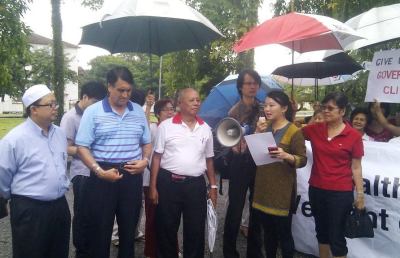 What then is our takeaway from the Chinese voting pattern discussed above?

In 2013, DAP told the Chinese to vote for PAS and they did in droves.

DAP also told the Chinese they had nothing to worry about from hudud. Overnight, the Chinese fear of “Islamic State” seemingly vanished into thin air. 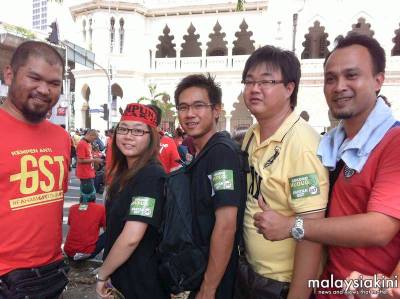 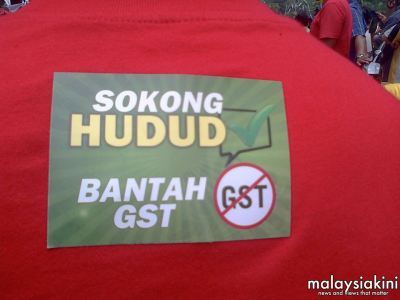 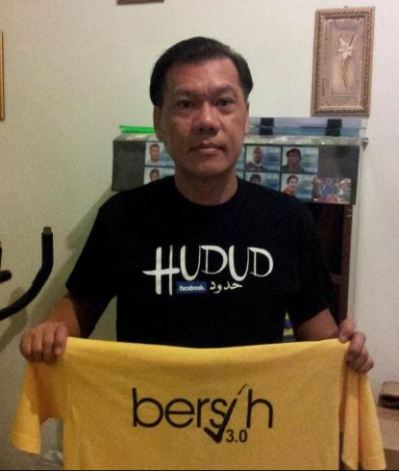 The very next year, 2014, things started to visibly sour between DAP and PAS. By mid-2015, their relationship had gone so far south that DAP expelled PAS from Pakatan Harapan.

2016 saw an Orwellian Mother of All Ubahs among the Chinese sheeple. It was too surreal. DAP’s brainwashed flock was ‘changed’ 180-degrees and now bleating “PAS baaad, Umno 3.0 good”. They were embracing PBBM which is Mahathir’s new party and hugging its president Muhyiddin Yassin, the man the Chinese used to call “Malay First” racist.

It’s astounding how Malaysian Chinese are capable of turning their previous beliefs upside down and inside out on the DAP’s command.

Today PAS is considered the arch enemy and because of this, PAS has also become the Chinese’s pet hate. Just listen to how frequently the Chinese are shrieking about “creeping Talibanization”.

BELOW: Is Hannah Yeoh indoctrinating these tiny tots, teenagers and young adults? You be the judge 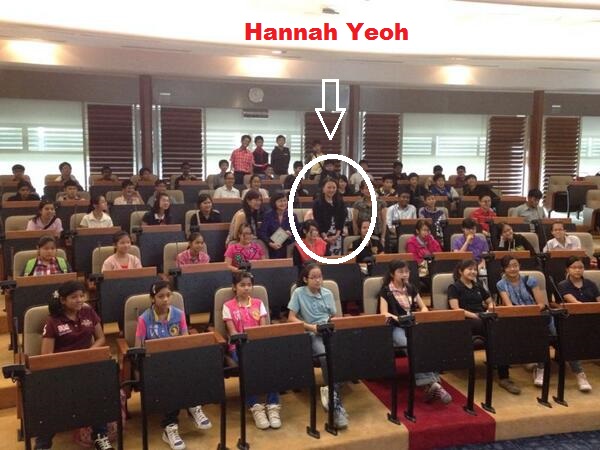 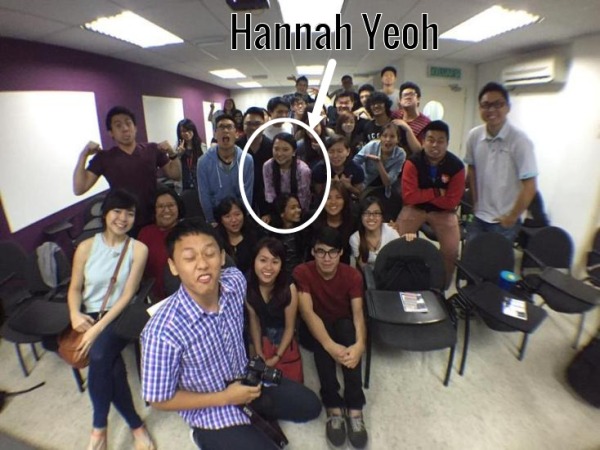 Welcome to the Danger Zone

It is downright dangerous that there is such a degree of mind control exercised by the DAP over the Chinese community.

MCA has not only failed to do anything about this but it has allowed its J-Star Nest of Evangelistas to surreptitiously help the DAP’s cause. MCA will pay dearly for this and so too will the Chinese whom the party purports to represent.

From the earliest days of my blog – see this post of mine on 29 July 2011 – I’ve said that Christianity in the DAP is causing trouble for the Chinese.

Half a dozen years down the road, many Muslim NGOs have come to realise that Hannah & Her Evangelistas are a big, big problem. Read the police report – below – lodged in Penang recently against Hannah Yeoh by 15 significant Malay-Muslim NGOs who regard her as a menace. 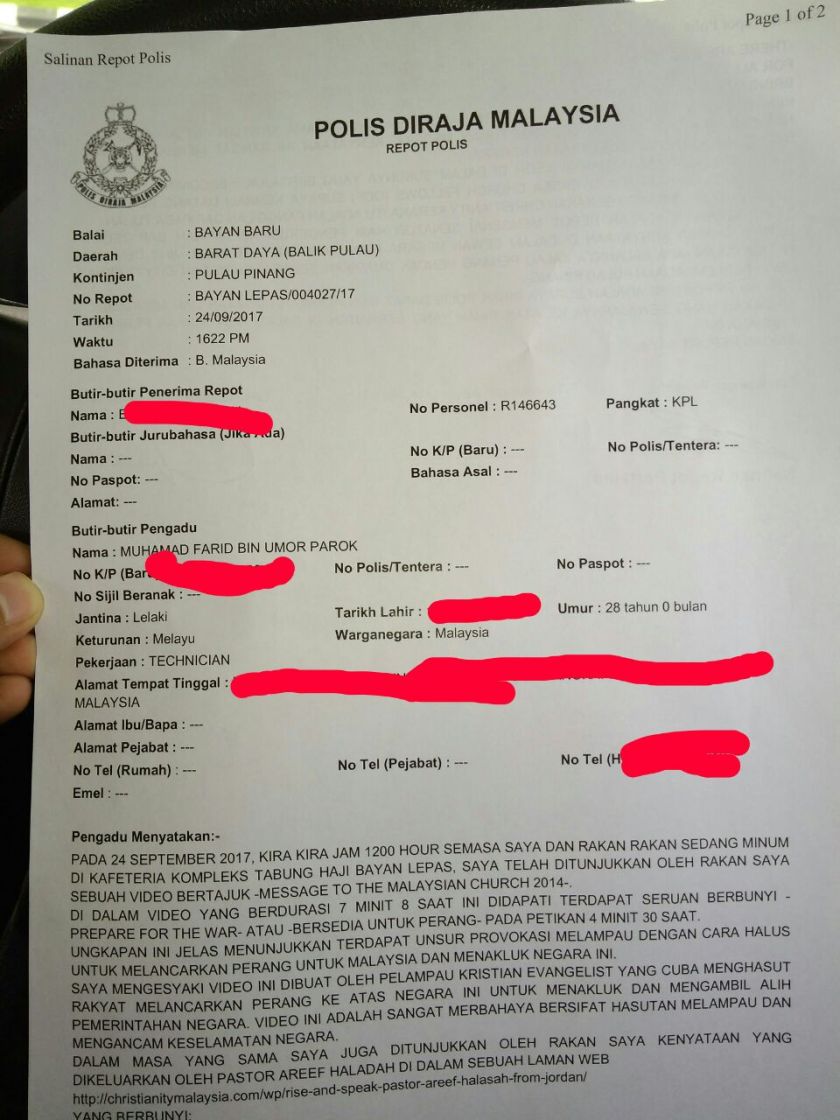 MCA has failed to do anything to stop the DAP’s thorough brainwashing of Chinese youth to be hostile and to hate. The Muslim anti-evangelista coalition, however, is not going to sit by idly while the DAP is presently wrapping its tentacles around Malay youth. They believe that the DAP’s actions have amounted to a declaration of war.

It is the wall-to-wall support provided by Chinese to the DAP that has so emboldened the party’s evangelistas who are seen as a threat to Islam. 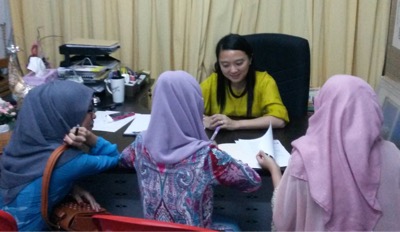 15 thoughts on “Hannah Yeoh, Malays and the Kingdom of God”