The signs were there long before GE13 that BN would break up.

Today BN is as good as dead. Umno is, effectively, no longer burdened with the MCA.

When MCA and Umno were together, they at least shared a genuine friendship dating back to their first cooperation in 1952. What binds DAP and Pribumi together is only a Faustian pact.

MCA people are fairly decent. DAP people? They’re full of bloodlust and the desire to destroy. MCA is already down and out but DAP wants the total destruction of its erstwhile Chinese rival.

BELOW: PAS people … like East/West Germans, North/South Vietnamese … receptive to reunification with Umno

Even the north and south Koreans makin rapatkan saf, and they’re divided by the national boundaries of their respective republics. There is no such artificial border separating Umno and PAS.

Perpaduan ummah has clearly come to fruition. This was made manifest in Sungai Kandis, Seri Setia and the recent PAS muktamar. In the Umno general assembly convened today, rombongan PAS lagi besar turned up reciprocating Umno’s top-level delegation to the earlier PAS gathering in Kuala Terengganu. 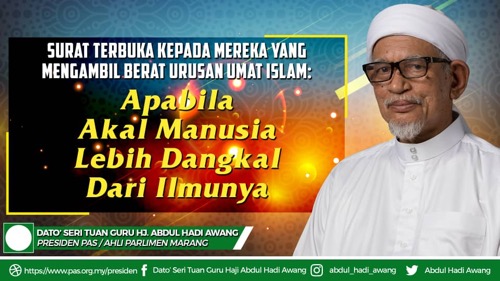 Anyone willing to make a objective assessment of reality can see this coming from a mile away … or from seven years ago.

And now Umno and PAS are sitting in solidarity on the opposition bench – both Malay, both Muslim, making a Malay-Muslim alliance seperti isi dengan kuku.

ABOVE: Gobind Singh Deo in record book as the first Punjabi Sikh minister  in Malaysia … and you thought DAP was colour blind and beyond race

CELEBRATING GOBIND’S RACE AND RELIGION FOR THE RECORD

The Hope People who, by 95 percent consensus, voted Harapan are still complaining about Umno’s so-called “ketuanan”. Yet they elected to hook up with Pribumi where Chinese would never be admitted into that party as “equals”. All the DAP demented sheeple trapped in the Harapan pen can do is bleat their “Equality” mantra.

Mahathir showed our country the ketuanan stuff Harapan is made of when he stuffed his cabinet with Pribumi ministers, sidelining DAP and PKR, and similarly when Pribumi grabbed the lion’s share of the Menteri Besar posts.

It was Mahathir who wrote the text book on ‘ketuanan’; his Malay Dilemma was banned by the then prime minister Tunku in 1970 – a ban only lifted when Mahathir himself assumed power as PM.

DAP Chinese: Beside them Pribumi, opposite them PAS

The Chinese presently have by their side the ultimate “Melayu ultra”; Mahathir has not, and will not change from what he has always been his entire political career. Dapsters and Protuns thoroughly deserve each other.

On the opposite side, the Chinese are faced with a unified Umno and PAS.

For the moment, Dapsters are delighting in schadenfreude to see Umno depleted of its MPs after five crossovers – ref. tweet above. Aside from these parliamentarians, Umno Aduns too have jumped ship.

PAS on the other hand was all the stronger, ideologically purer, after the departure of the PAN rubbish.

Dapsters further mock Umno politicians and their supporters as being driven by money politics and dedak. In contrast, PAS leaders and their followers have perjuangan. They hold fast to their Islamic ideology.

In Terengganu, PAS is pursuing RUU355 in spirit and substance with its public canings. Umno demurs, keeps quiet.

This is something I’ve said many times before in my blog – PAS has more influence on Umno than the other way around. The new Pemuda Umno chief is more PAS-like (Asyraf Wajdi Dusuki was deputy minister in charge of religious affairs in the Najib cabinet) and unlike his Umno Youth predecessor Khairy ‘Bangsa Malaysia’ Jamaluddin.

Such is the unintended consequence of the Chinese tsunami of GE13 and GE14.

DAP will find PAS to be the more formidable adversary compared to clueless tidak apa Umno. The 95 percent Chinese who voted Harapan fully deserve the DAP and all that the party offers.

28 thoughts on “The more Umno weakens, the stronger PAS gets”