Yup, the DAP sec-gen had once called Lynas a nuclear plant! 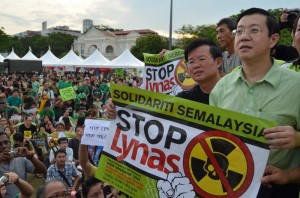 And Guan Eng thinks Lynas is radioactive. Why the plant might even explode (“meletup”), Guan Eng can be heard saying in the video.

Guan Eng then accused BN as guilty of wanting Lynas and thus subjecting Malaysians to the risk of a radioactive fallout.

Other DAP men can be seen at the protest waving placards with the stop radioactive hazard symbol.

And recall how hysterical some Chinese DAP supporters were over the project (pix below). “No Lynas, No Mutant” indeed. 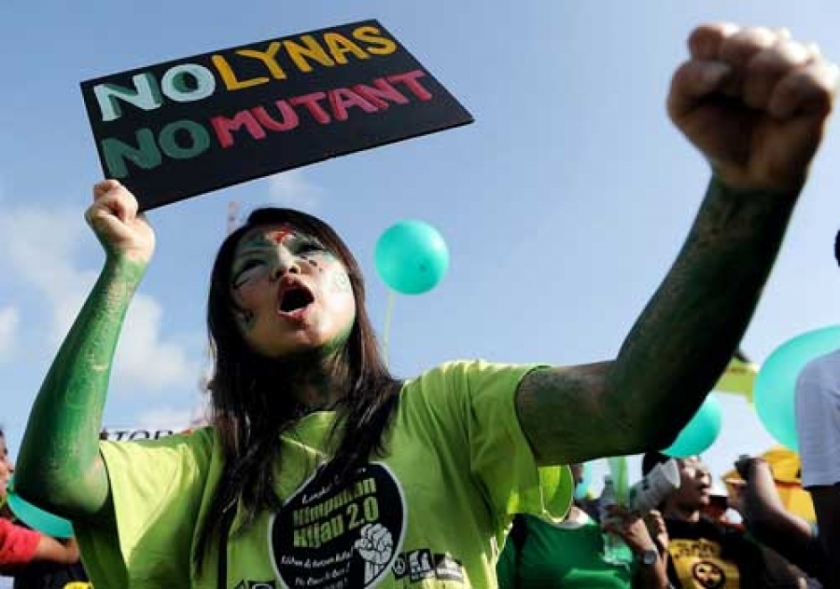 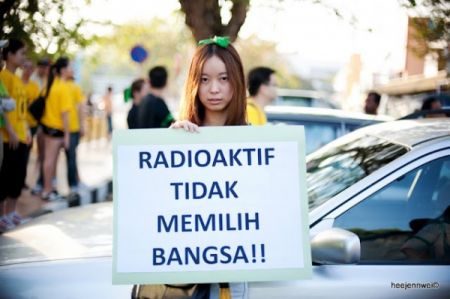 Even little Chinese children were conscripted to the DAP’s anti-Lynas cause.

You can see from the community’s messianic zeal why ultimately 95 percent of Chinese voted for Harapan. Stopping Lynas was equated by the DAP to saving Malaysia. 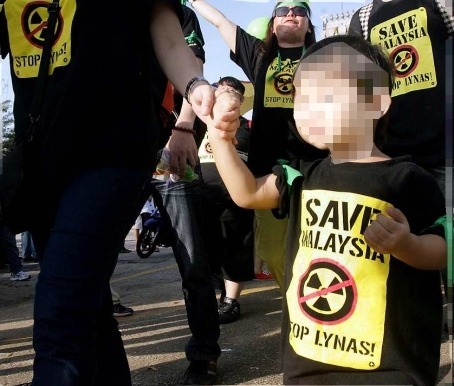 Well the Dapsters have got their regime change. They’ve successfully gotten DAP to Putrajaya. And the present federal government  – of which DAP is an integral part – today positively welcomes Lynas.

So DAP makes yet another 180-degree U turn.

The rabid, foaming at the mouth DAP electorate are getting exactly the government they deserve. They voted a toxic and radioactive political future for their children. 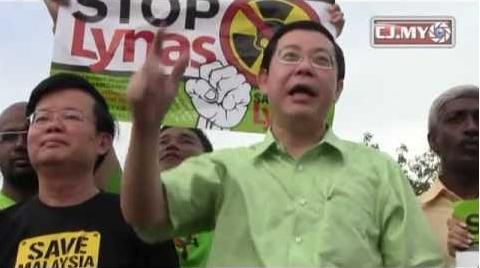 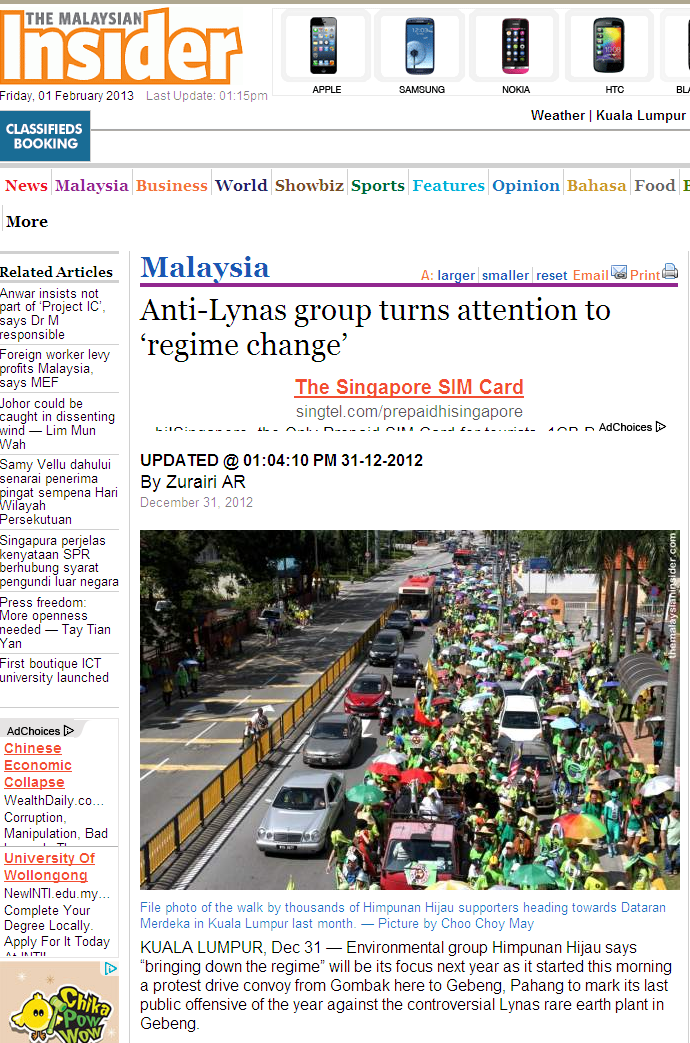